I’ve always been a fan of the styling of the sixth generation Toyota Celica, and while we (in the US) didn’t get the turbo all-wheel-drive GT-Four version in this generation, it is (in my humble opinion) the prettiest of the Celica breed.  Out back you get a set of tail lights that look like the 1st gen Celicastang lights, and in the front is an instantly identifiable set of quad-lamps that don’t look like they’ve been shaped in a convection oven or styled by Dali.  There is nothing wrong with being shaped like the net sum of all ’90s coupes, and the Celica pulls it off nicely.  Find this 1994 Toyota Celica with 1MZ-FE swap offered for $6,500 in Austin, TX via craigslist.  Tip from FuelTruck. 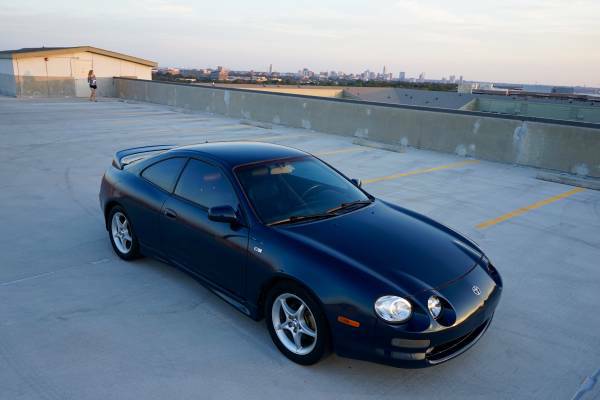 The sixth generation Toyota Celica (1993-1999) followed the recipe of previous Celicae — an affordable 4-cylinder powered 2-door coupe with a set of small rear seats.  The Celica was Toyota’s entry into the pony car market, but done in typical Toyota fashion…which means a bit on the dry side.  Thankfully, this one has had some heat added to the recipe with an engine borrowed from a Camry… 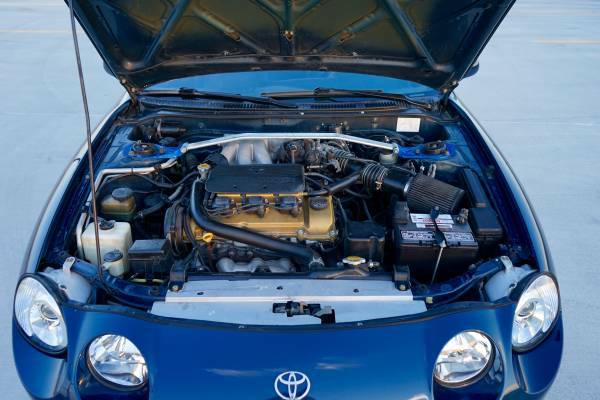 Gone is the original 2.2 liter 5S-FE inline-4, and it is now powered by a 3.0 liter 1MZ-FE V6 that should be good for something in the 190 horsepower and 190 ft-lbs of torque range.  Now…I know what you’re thinking….that ain’t a heckovalotta horsepower for an engine swap, and the 1MZ isn’t exactly a powerhouse…but it is a reliable engine that puts out decent torque and, critically, the swapper kept a 5-speed manual gearbox in place. 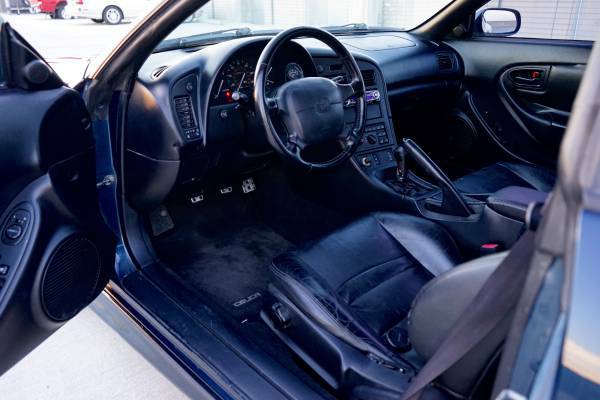 The Celica features a low driving position and a driver-oriented cockpit style setup — it isn’t a bad place for a drive. 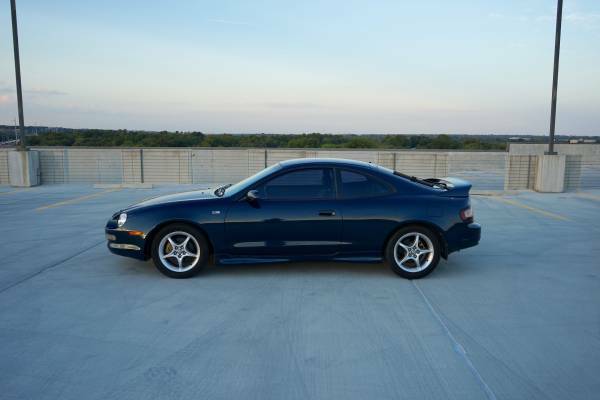