The MGC was a six cylinder version of the MGB, first launched in 1967 as a replacement for British Motor Corp’s (Austin, MG, Morris, Riley, Wolseley, and Jaguar among others) long in the tooth Austin-Healey 3000.  The MGC GT was a fixed roof (fastback or hatchback depending on who you ask) version of the MGC, and naturally shared its sheet metal with the MGB GT.  However, whereas BMC produced 125,000 of the MGB GTs from 1965-1980, only 4500 of the MGC GT were ever built between 1967-1969.  Find this 1969 MGC GT here on eBay

currently bidding for $15,000 reserve-not-met with 4 days to go, located in Duluth, GA. 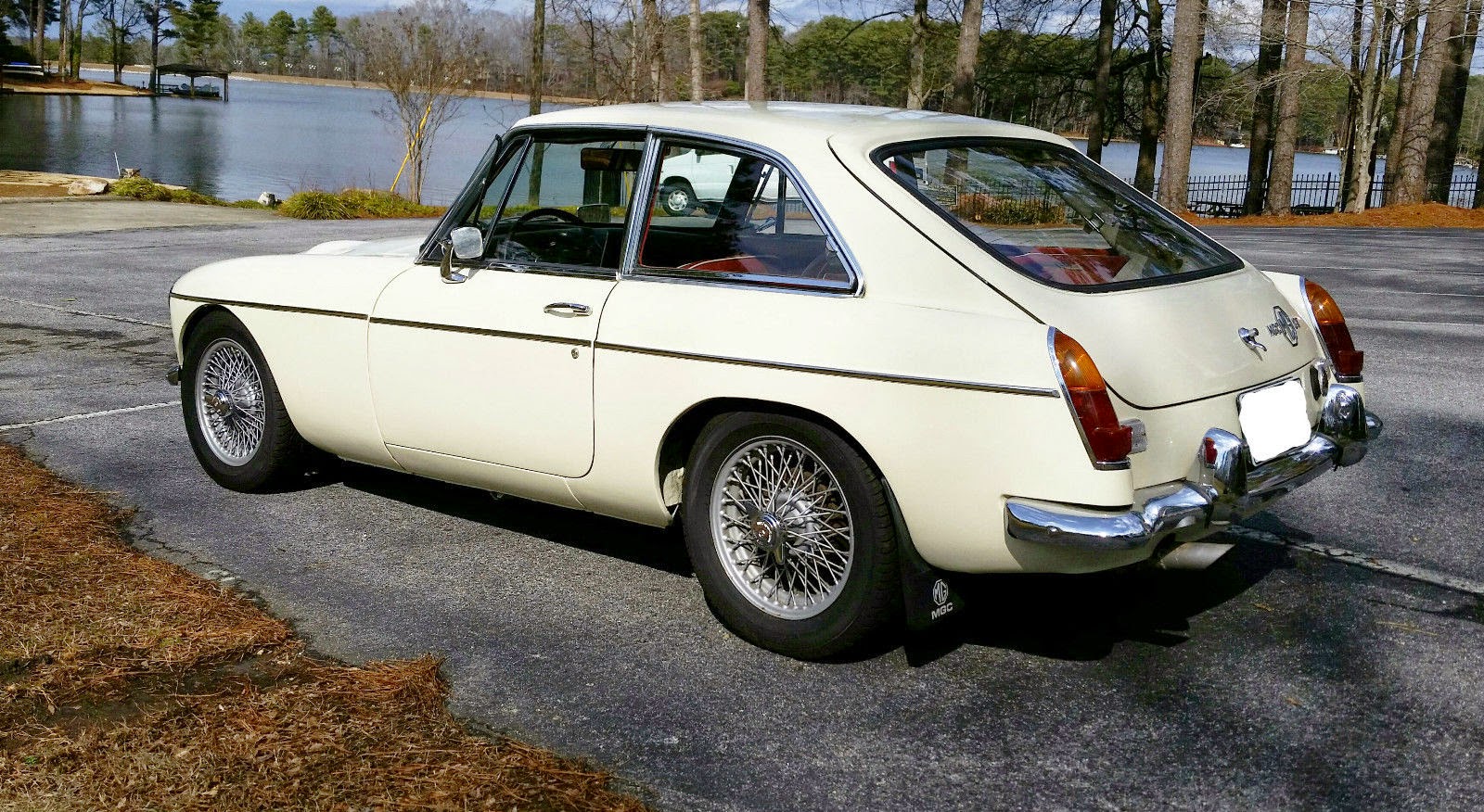 The  MGC is instantly identifiable from its MGB brethren by the large hood bulge necessary to contain the long inline-6 and its forward shoved radiator.  The MGB chassis needed some underhood changes to fit the engine, but otherwise 95% of the sheetmetal, glass, interior, etc is the same.  The MGC did use larger brakes, 15-inch wheels, a slower rate rack-and-pinion, and unique torsion bar suspension.  The front suspension need to be reworked to accommodate the extra 200 lbs over the front axle, and some complainers like to fuss about the handling. 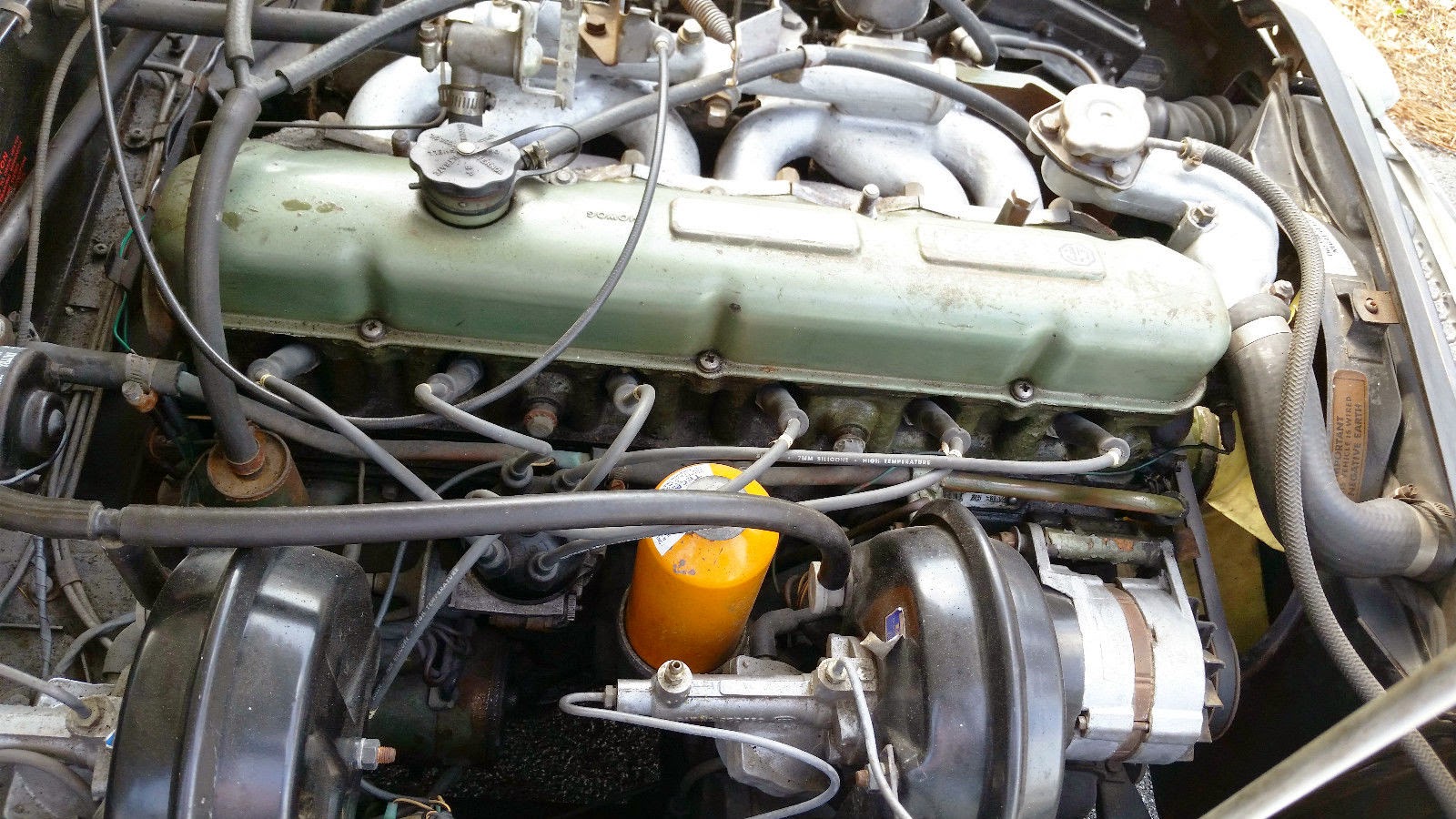 The beast under the hood bulge is a 2.9 liter 7-bearing crank equipped version of the C-series inline-6 originally used in Austin-Healey 100-6, 3000s, and various Wolseley, Riley and Morrises.  Expect about 145 horsepower (which wasn’t bad for 1967) and 60mph to be passed in about 10 seconds on the way to a 120 mph top speed. Not fast by modern measurements, but decent for the mid 60s. 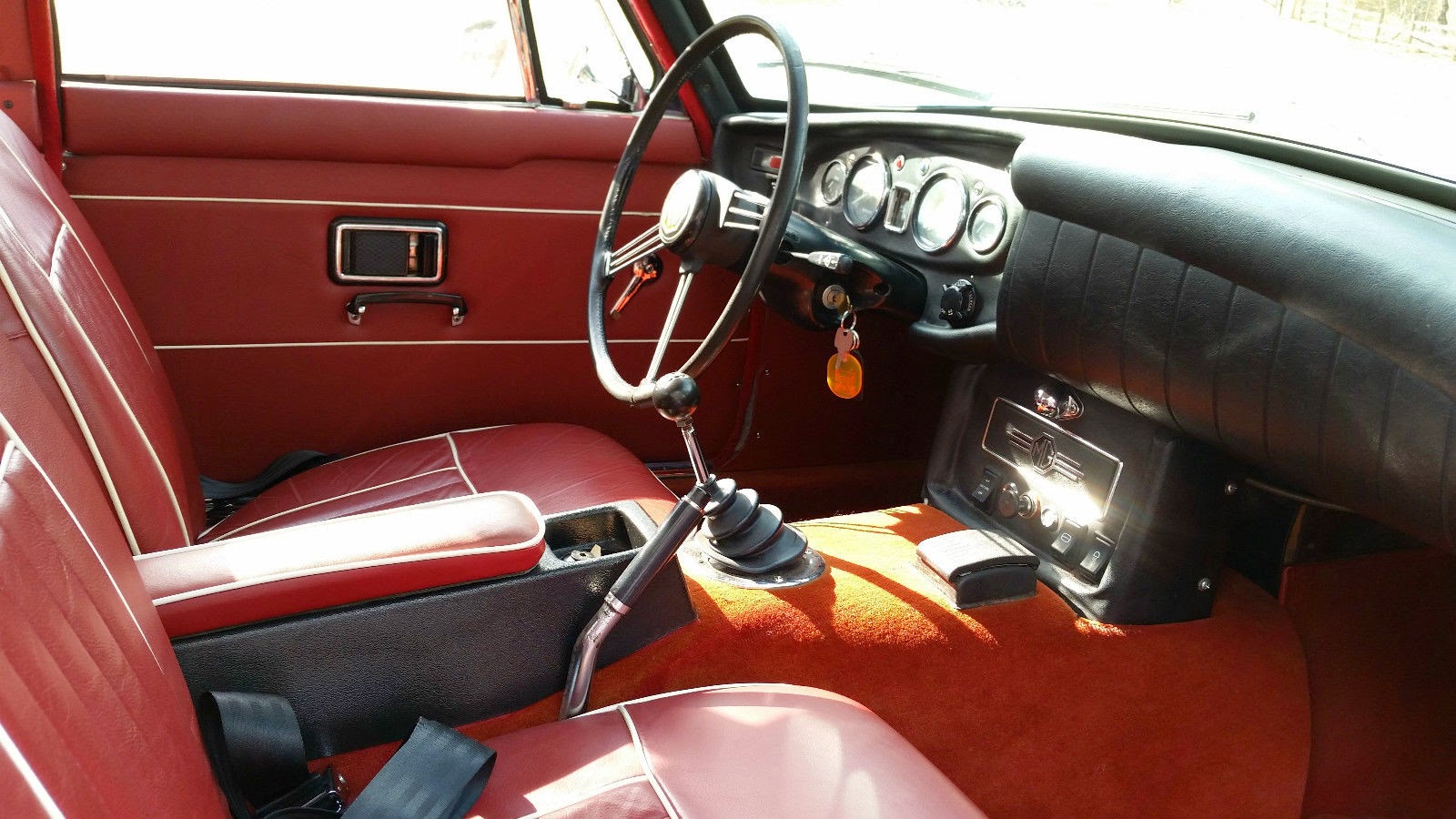 The exterior of the MGC was repainted in  Snowberry White (a change from its original Mineral Blue — still seen in the engine bay) and the interior is a crazy red (also not original). However, if you want a MGC GT, originality aside, this isn’t a bad looking example. 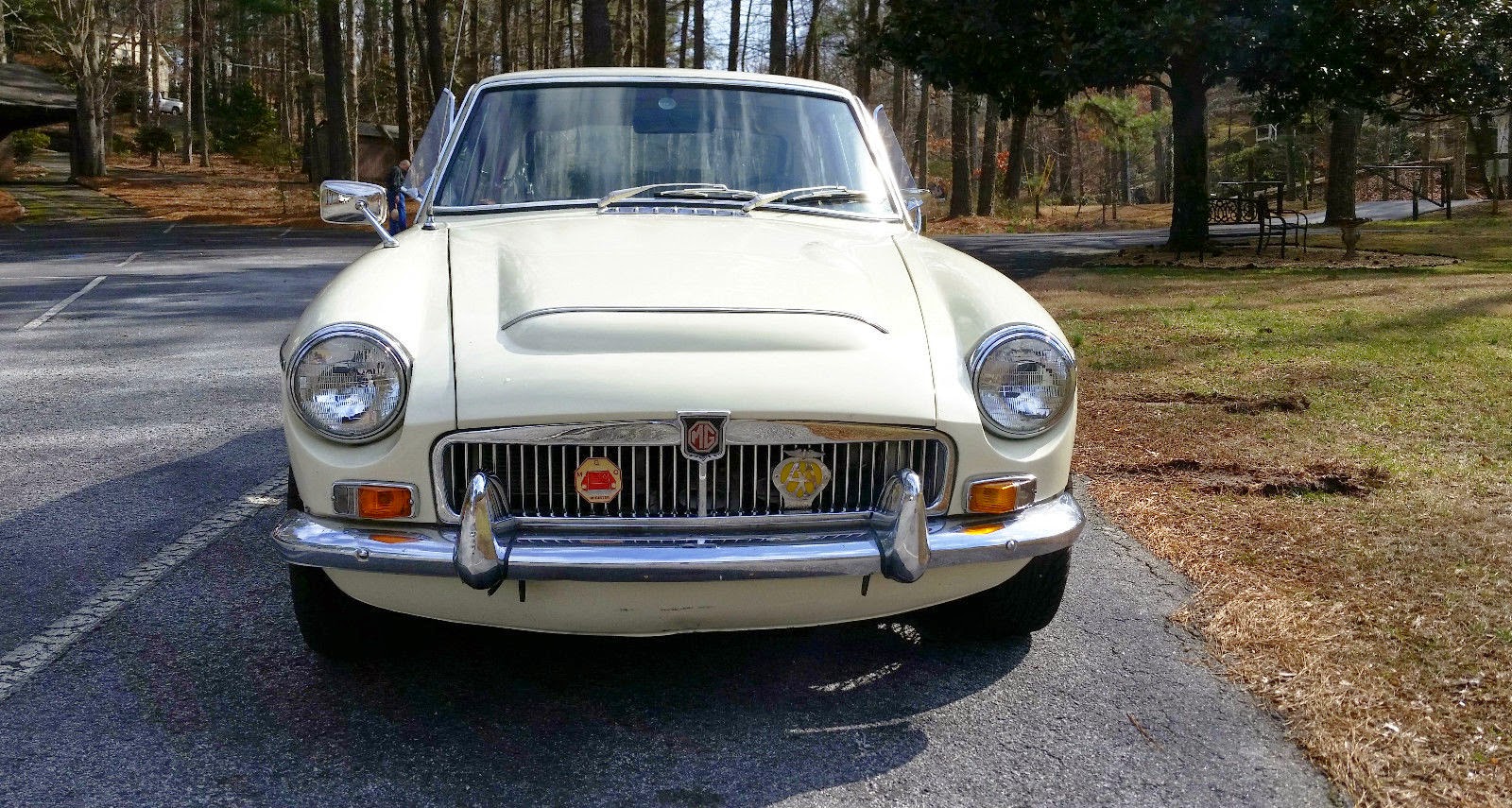 See another inline-6 powered British classic with a hardtop? Send it here: tips@dailyturismo.com