The White Motor Company was founded around the turn of the 20th century by Rollin H. White in a corner of his father’s sewing machine factory.  The first few years of production actually used the White Sewing Machine Company logo on advertisements and were steam powered.  Over the years White Motor Company switched from steam powered passenger cars (included one that was used by early Secret Service agents to shield camera shy President William H Taft with a well timed burst of steam) to only trucks and later only heavy duty trucks.  Post WWII White Motors trucks are particularly cool because they are heavy duty and a window to a forgotten time in American manufacturing.  Find this 1953 White Motors 3000 custom truck here on eBay 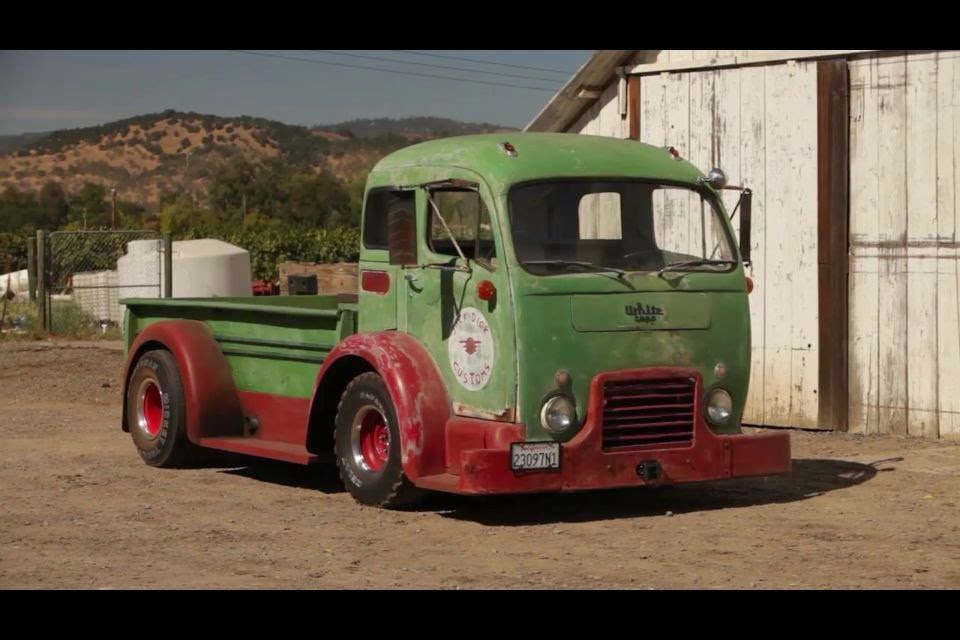 The Green Monster was the subject of /BIG MUSCLE video by /DRIVE on youtube, you can watch a short (4 minutes) version of the video here or pay $4/month for a /DRIVE+ video subscription and get a full length version (11 minutes).  A third and fourth choice would be to join the caterwauling horde of folks lampooning the attempt by /DRIVE+ to make money off their videos via a pay wall or the few who defend the enterprise.  Which ever side of the paywallgate crisis you may sit on — you have to admit the comments are hilarious! 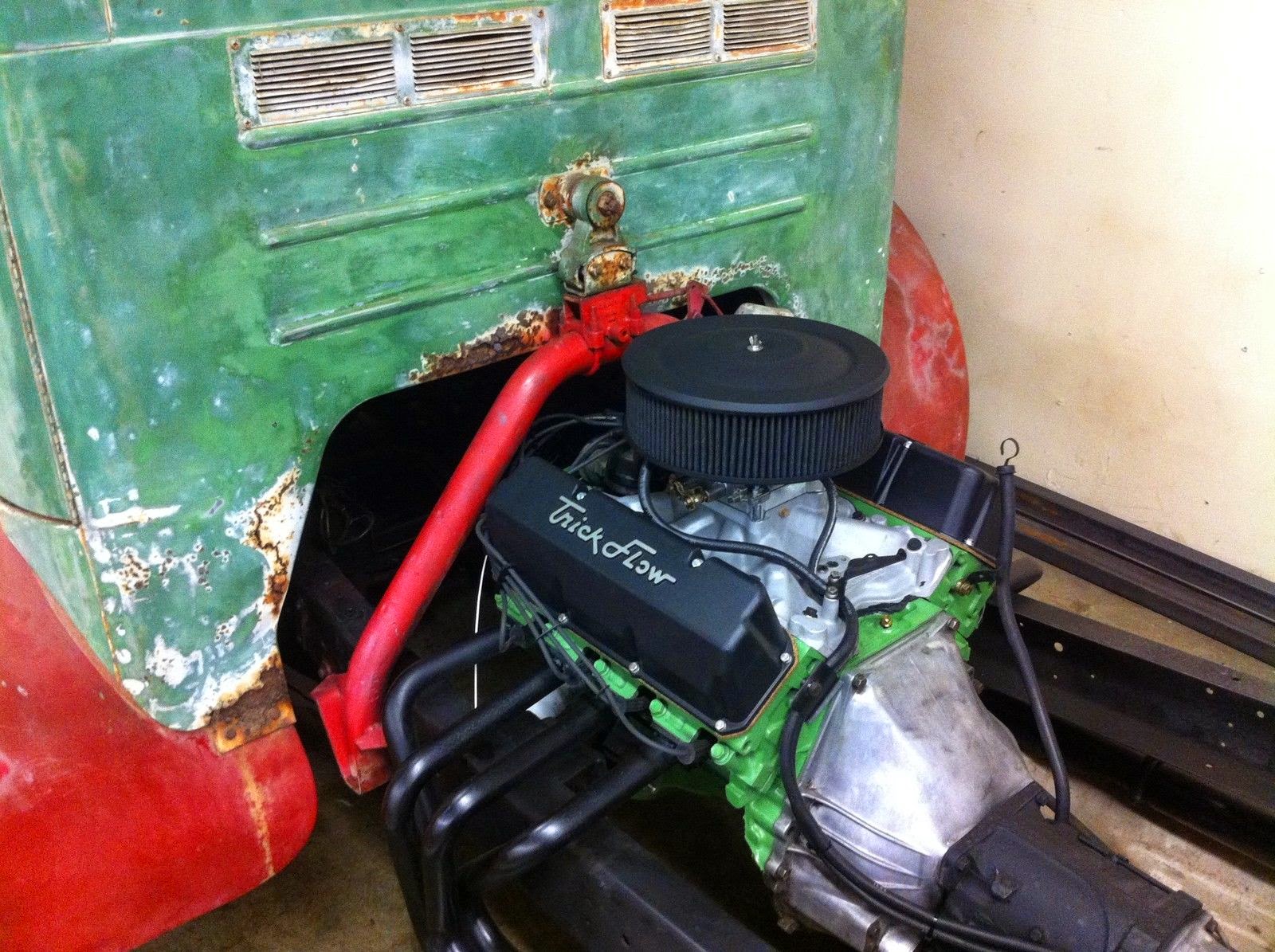 Powering the Green Monster is a Ford 400 V8, which is a square version of the 351 Cleveland (4 inch stroke x 4 inch bore), but it is technically a small block and displaces 402 cubic inches.  It was designed to be a small horsepower, but high torque V8 for full sized Ford, Mercury and Lincoln sedans.  It has been shoved under the bed in this White truck, but looks cool with matte black valve covers and air cleaner. 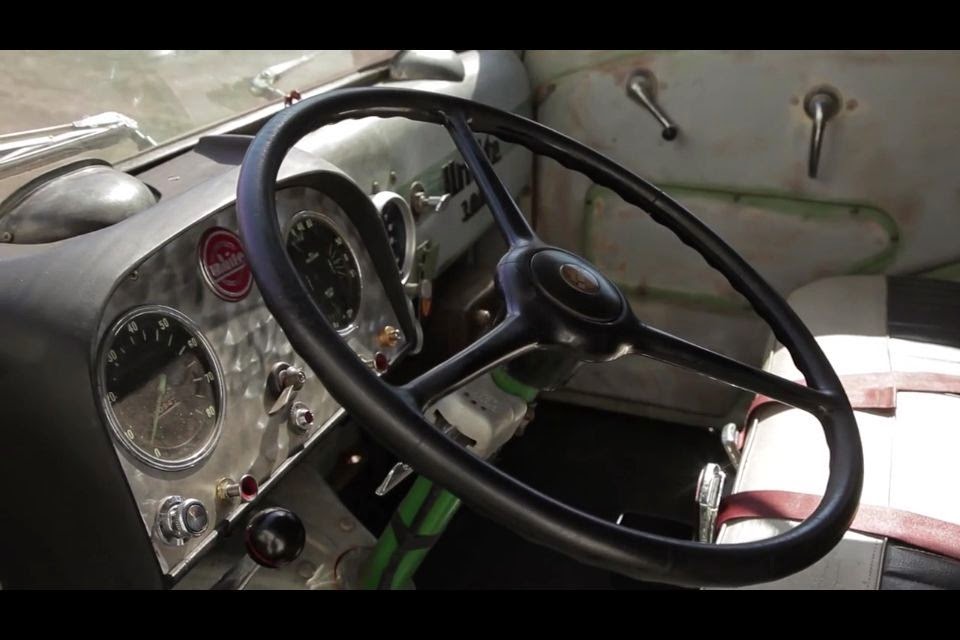 The driving experience isn’t going to be great, but it will keep you engaged.  By engaged, I mean — constantly sawing at a wheel that may or may-not be attached to the front wheels.  Any dozing at the wheel and you’ll end up like crippled Humphrey Bogart in They Drive By Night. 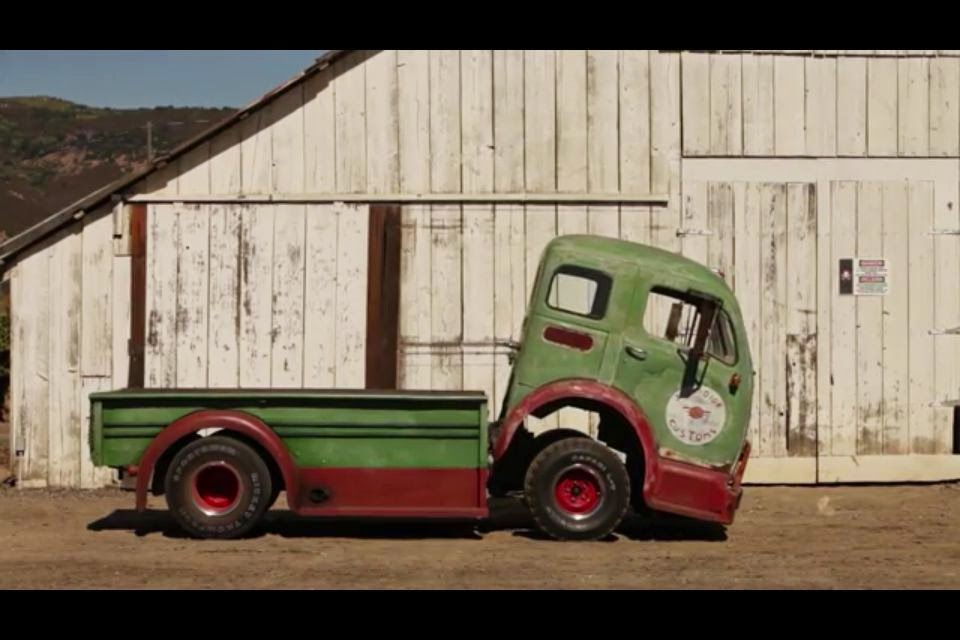