The VehiCROSS was a compact SUV from Isuzu released in 1999 as a
futuristic off-roader.  It features a compete chassis, black
plastic body cladding and a daring body shape that was like nothing else on the road.  Today the VehiCROSS is well depreciated, but they only made 4200 for sale in the USA – so if you want a museum quality version, you should act soon. Check out this 1999 Isuzu VehiCROSS for $13,900 in Kaneohe, HI via craigslist.  Tip from Gianni. 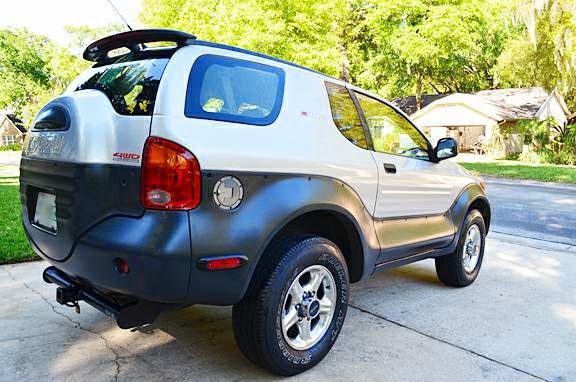 The VehiCROSS was introduced as a concept vehicle at the 1993 Tokyo International Auto Show.  Most cars go through a significant styling exercise to de-concept them and prepare them for mass consumption, but the VehiCROSS looks a lot like its concept version…which is probably why it was never consumed en masse.  The VehiCROSS shares much of its components with the 2nd generation Trooper, but its MSRP of $31k when new was quite high. 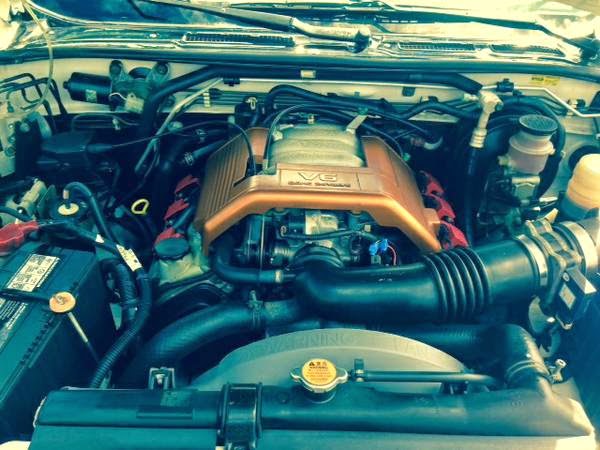 The VehiCROSS is powered by the Isuzu 6VE1, a 3.5 liter DOHC V6
that puts out 215 horsepower and 230 ft-lbs of torque.  Straight line
performance won’t be remarkable, but the VehiCROSS was designed for
scrambling up loose surfaces and features Isuzu’s Torque-On-Demand 4WD
system and remote reservoir shocks, typical for a Baja 500 racer, but
unusual for a production vehicle. 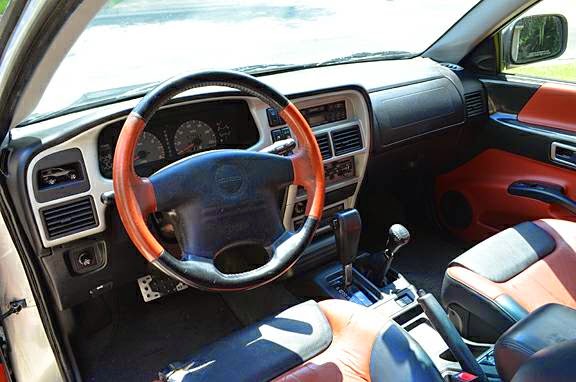 Inside the VehiCROSS is gaudy, and logical to assume that anyone willing to buy a car that looks like the moon rover on the outside would want a clown car interior.  The Ironman edition that the seller mentions is a homage to the Triathlon, not the flying super hero (unfortunately), but the details for the Ironman edition escape me. 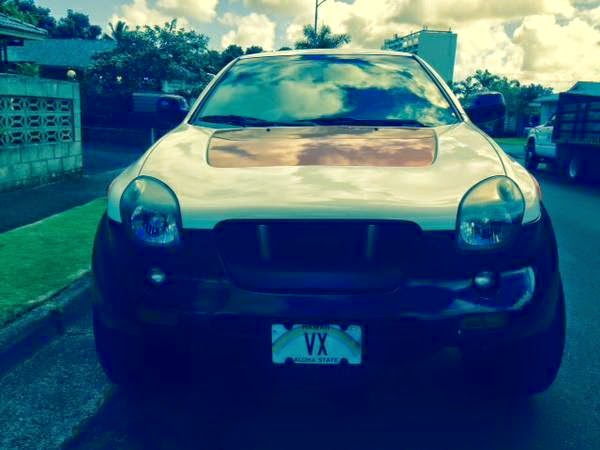