The guys over at MotoeXotica have hit another winner in their listings of a Stutz Blackhawk.  The Blackhawk, a coach-built Italian body sitting on top of a GM suspension/engine combo, was an expensive high end cruiser bought by enterainment icons like Elvis, Sinatra, Liberace, Cash…the list goes on like a list of famous alcoholics and cross-dressers.  This 1972 Stutz Blackhawk was originally owned by the late Sammy Davis Jr and is for sale from ebay legends MotoeXotica in St Louis, MO, currently bidding at $12,800 reserve-not-met. 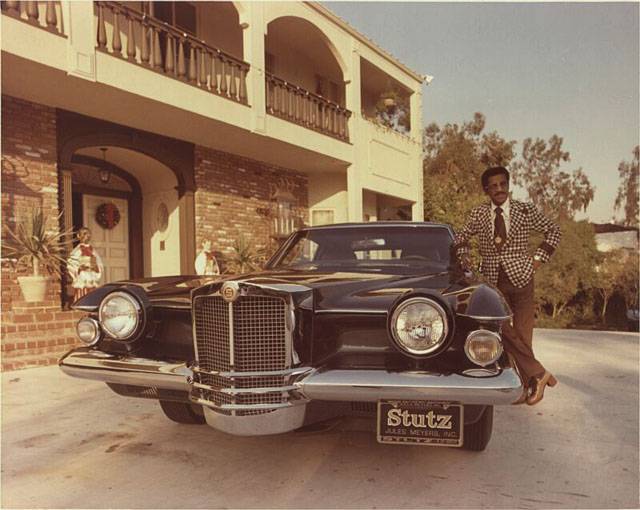 An optimist would say that the Stutz Blackhawk took the best of Italian styling and mated it to a reliable GM chassis and engine.  But, this is the Daily Turismo and we’d say that this is a combination of rusting 40 year old Italian metal mated to a fuel belching Pontiac boat anchor engine and topped off with classically underdamped GM suspension tuning is just the beginning of the horrors in a car with the torsional rigidity of twizzlers.  It is fitting that this car was originally owned by Sammy Davis Jr – because it is the ‘one-eyed Negro Jew’ of the automotive world. 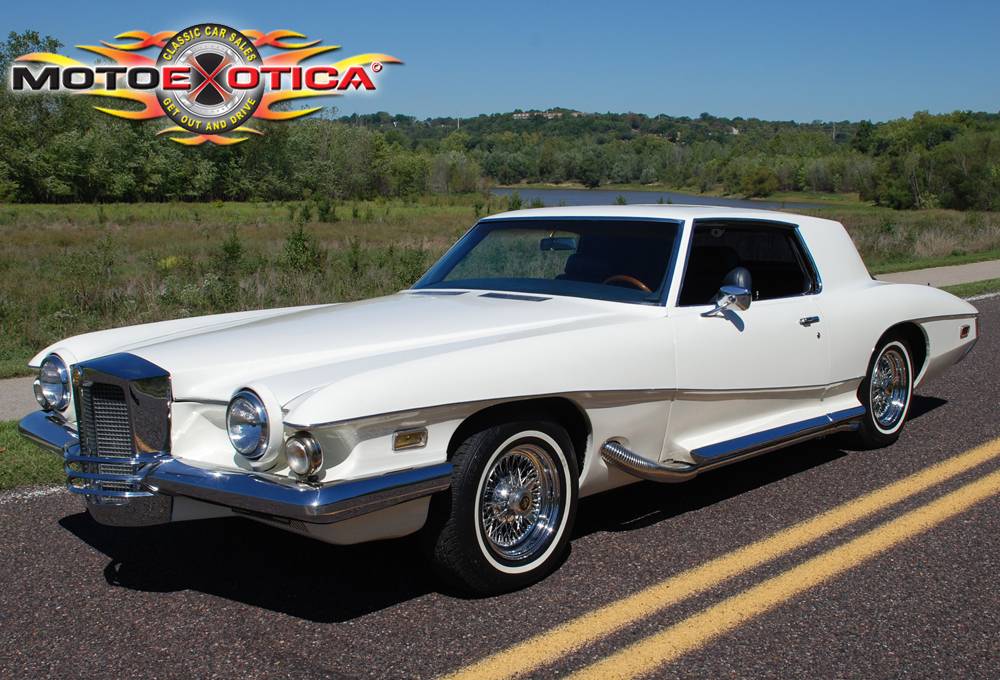 Originally purchased for Mr Davis’ wife (Altovice Davis) and came from
the factory in a dark shade of blue – it has been repainted white.  Stutz built only 600 of the Blackhawks during its 16 year production run making them rarely seen on the road today. 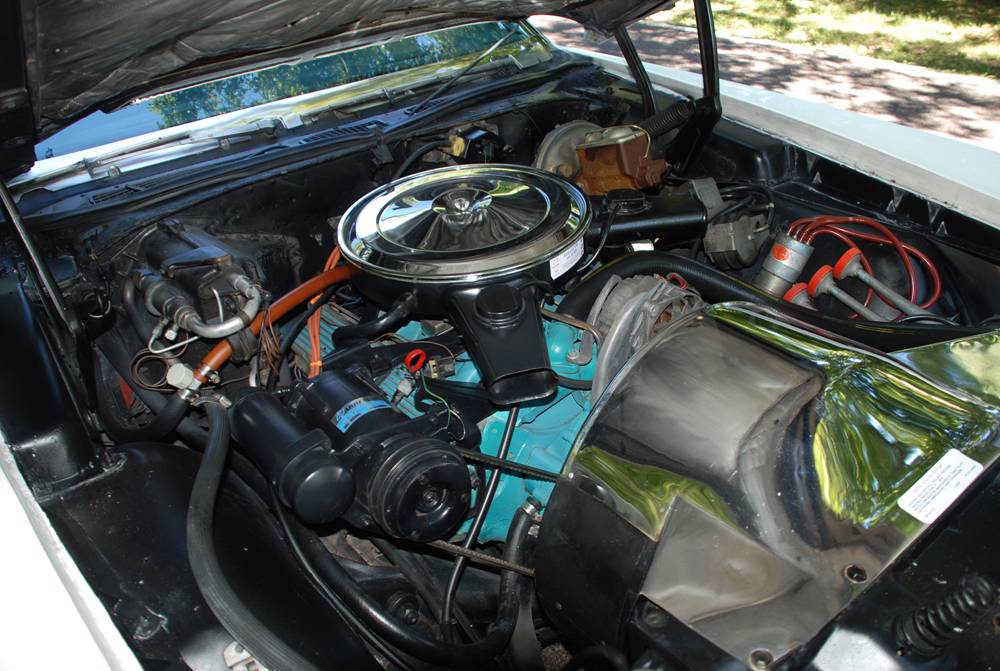 Early Blackhawks were powered by 7.5 liter 455ci big block Pontiac engines that put out 425 horsepower and 420 ft-lbs of torque.  Mated to a 3 speed turbohydramatic slushbox gives this 5000 lb monster a 0-60mph time of 8.5 seconds, not fast by modern standards, but acceptable for well paid music industry folks in 1972. 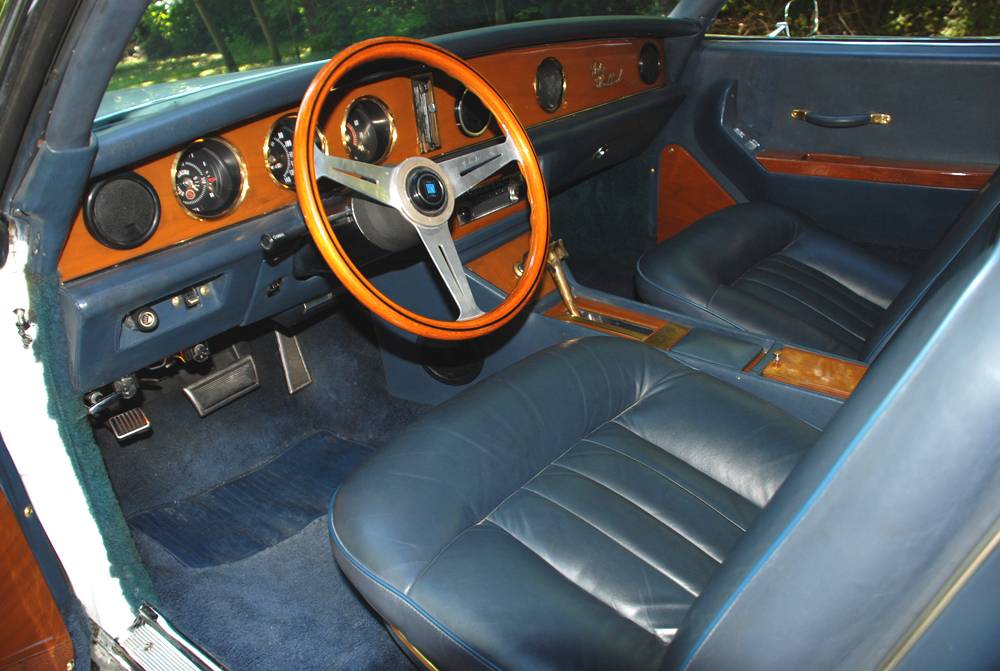 The inside of this Blackhawk has been customized with wood trim – at least according to the sharp eyes of the folks over at madle.org who actually have a webpage dedicated to this particular car (not the Blackhawk in general, but this particular car owned by Sammy Davis Jr).  The rest of the inside doesn’t look bad for a 40 year old car and we love the brass shifter. 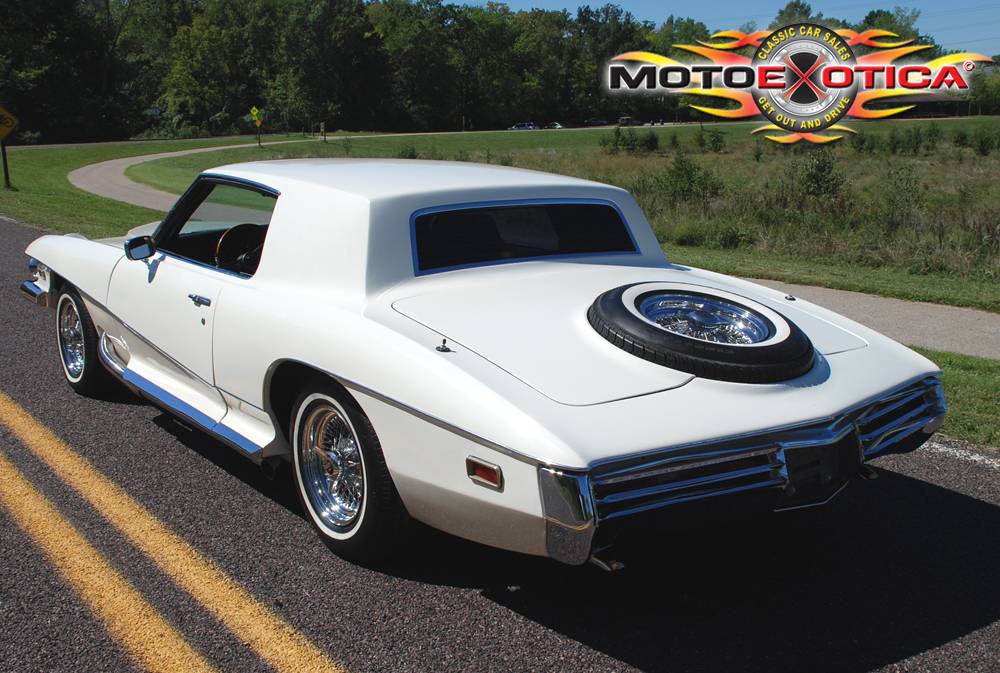 The Blackhawk had a particularly garish spare tire placement and equally horrible faux side exit exhaust treatment – the real pipes can be seen dumping just behind the rear bumper.  Regardless of the shortcomings, we do think this is a particularly interesting car – $120k purchase price (adjusted for inflation) when new, celebrity ownership and rarity make the current bidding price seem a bit low – and we are curious to see the reserve.