The Jaguar Mk IX (pronounced mark nine) was a short lived Luxury Saloon with about 10,000 examples built in the UK from 1959-1961.  It was the last of the old-school post-war separate fender and upright-grill Jaguars starting with the Mk V in 1948.  The Mk X was considerably more modern in styling, making a well kept Mk IX a very valuable classic indeed.  This 1960 Jaguar Mk IX has had its inline 6 replaced with a Ford 302 V8 and is for sale in Nevada Cty, CA for $19,950 via craigslist. 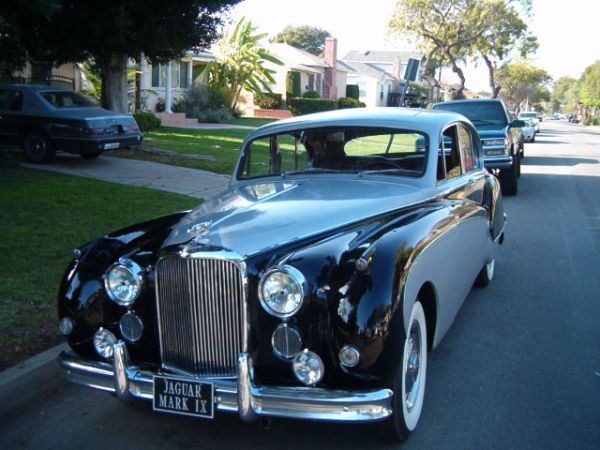 We can’t help but think of classic British gangster flics such as the 1955 Ealing Studios classic “The Ladykillers” starring a young Obi-Wan Kenobi (we are talking old Ben Kenobi, not young Fauxnobi from the Lucasfilm Ep 1-III piles of rancid poo…sorry, getting off topic here…right…Jags).  The Jaguar Mk IX has a stateliness to it that is unmatched by all the current crop of large sedans from Rolls, Maybach, etc.  Even HM Queen Elizabeth, The Queen Mother, used a Mk IX Jaguar as transportation for some time, so it has to provide a royal experience. 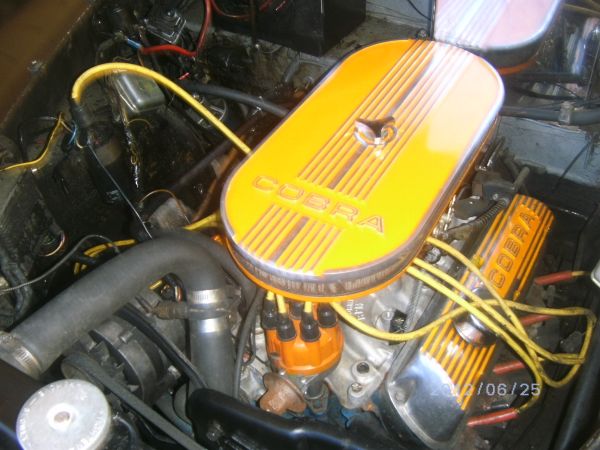 It’s fitting that a Jaguar used to move around the heir to the House of Windsor would now be powered by a Windsor V8…this Windsor being the Canadian city where the Ford 302 V8 was built. It’s not entirely clear what modifications have been done to this 5.0 liter V8, so it could be pushing anything from 200 to 300 horsepower depending on internals. 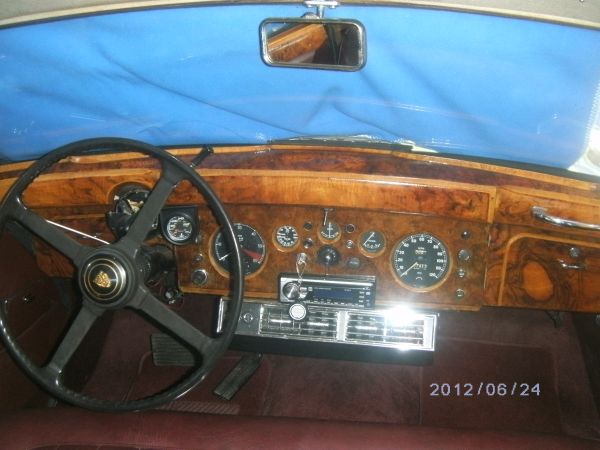 Only the finest old growth British walnut was used to deck the inside of this land yacht, and a boat it was weighing in at a hefty 4000 lbs (many Ents were dismayed when this proud old walnut was felled). Thankfully the Jag was slowed down with power assisted 4 wheel disc brakes, something of a novelty for 1960 and assisted recirculating-ball power steering instead of a Mr. Bean style rope setup common on other cars in the ’50s. 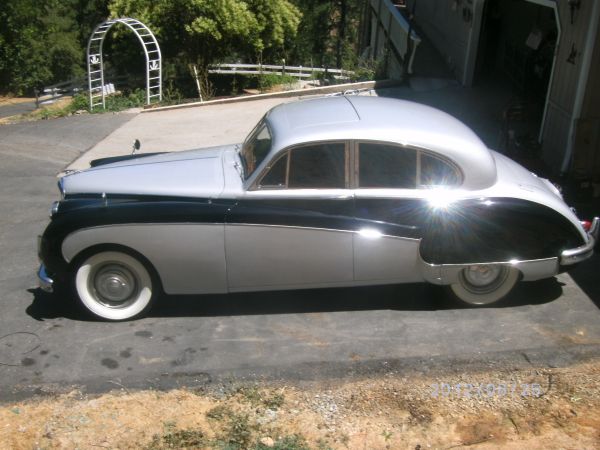 We really can’t find too many bad things to say about this Mk IX, its a stunning design and now powered by a cheap/powerful American V8.  Likely the builder of this car will be hearing from the estate of the late great Carroll Shelby for IP infringement any day.

Final thoughts: If you haven’t seen the 1955 film The LadyKillers you really should put it on your Netflix queue or whatever it is the kids use these days to watch the tele.  Stay very far away from the 2004 remake staring Tom Hanks; it is abysmal, a true offense against taste & decency, demonstrating a fundamental lack of theology and geometry – and rare flub for the usually sharp Coen brothers.