The fifth generation Chevrolet Bel Air was built on GM’s B-body platform that included big sedans like the Chevrolet Impala, Buick LeSabreInvictaWildcat, Oldsmobile Dynamic 88 and Pontiac
ParisienneCatalinaLaurentianBonneville.  The Bel Air was the middle of Chevrolet’s mid-size product range and this next example looks like a pretty interesting hot rod custom. Find this 1963 Chevrolet Bel Air Gasser offered for $12,500 in Cape Coral, FL via craigslist.  Tip from Dascpcu. 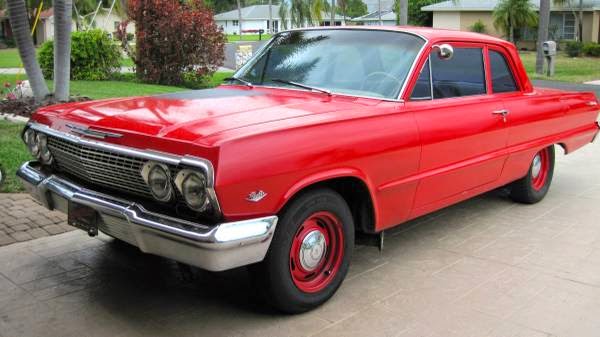 This Bel Air looks to have the good bare bones of a stock car style build — a 300 horsepower 327 with exhaust cutouts, 4-speed Muncie, and simple rally wheels. The seller admits the car is in need of some restoration, but it doesn’t look bad from a mechanical perspective. 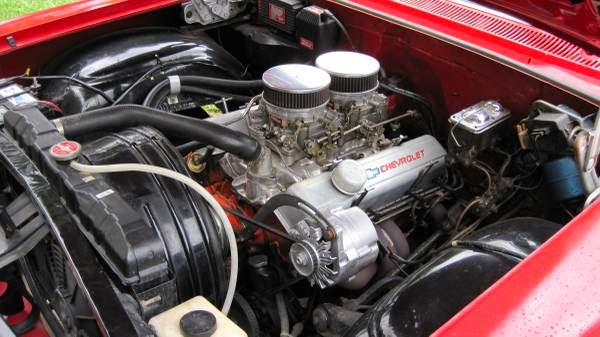 Under the hood is a 327 cubic inch version of Chevrolet’s legendary small block V8, this was the engine that built the small block’s reputation before the ubiquitous 350 cubic inch version became the norm.  The 327 was used in all sorts of GM product, including some hopped up versions in the Corvette, so don’t think its slightly smaller displacement will be much of a hindrance to making power. 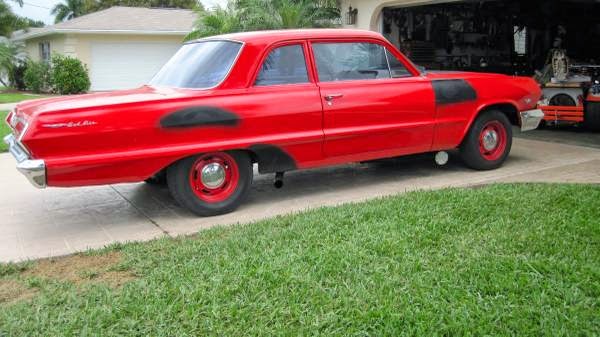 See another classic that needs a decent paint job and some vintage NASCAR stickers to be ready for the street? tips@dailyturismo.com

What Am I? Shifty 15k: Mister Meticulous Sells a 2004 Mercedes CLK55 AMG Convertible