The Sunbeam Alpine was a 4-cylinder powered British roadster sold by the
Rootes Group back in the 60s as a competitor to the MGB and Triumph Spitfire/TR6.  The Alpine is known as the basis for the V8 powered Sunbean Tiger, but a properly maintaned Alpine is a great way to get into classic British roadster without selling a kidney.  Find this 1965 Sunbeam Alpine offered for $9,900 in Detroit, MI via grautogallery.com.   Tip from Ignacio. 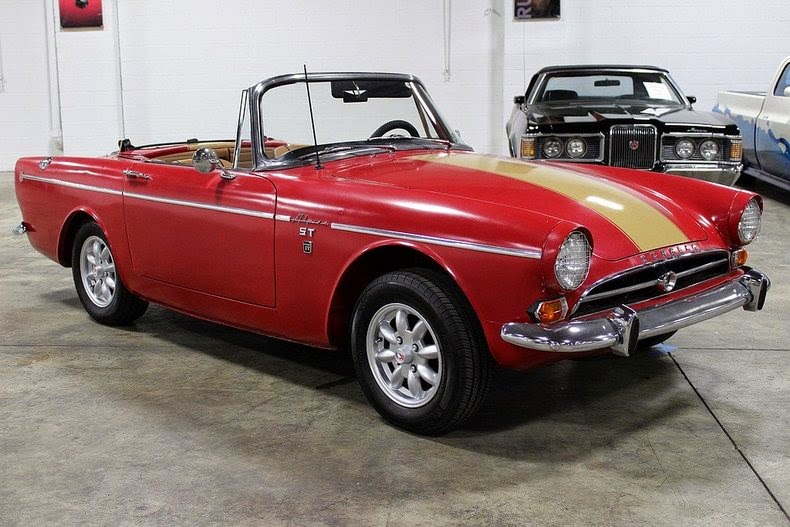 The Rootes Group started building a Sunbeam Alpine badged car in the mid 50s known as the “Mark I & III,” but this Alpine is from the “Series”  production that we made from 1959 to 1968.  The styling similarity to the original Ford Thunderbird is not a coincidence – one of the designers was a former Ford man. 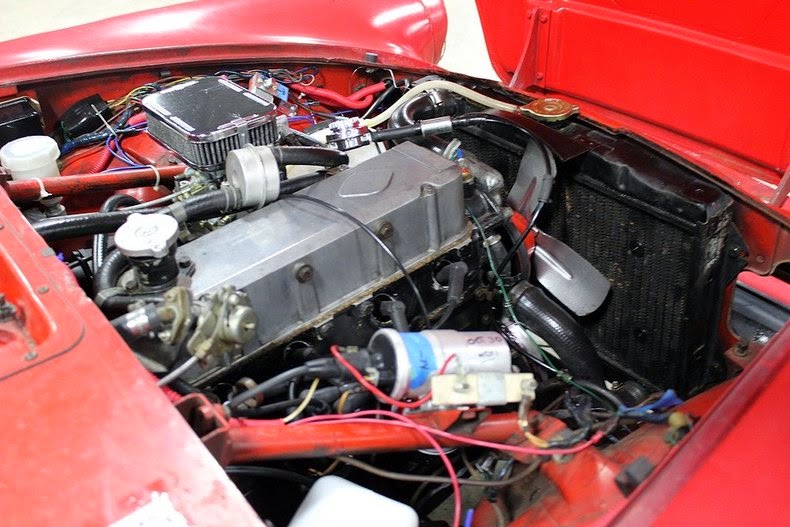 Under the hood is a 1.6 liter inline-4 cylinder engine fed with a single Solex carburetor and rated at 82 horsepower.  This particular car is shifted with the optional automatic transmission, which was not a popular option with buyers when new, and probably is a reason for the cheap price on this dealer sold example today. 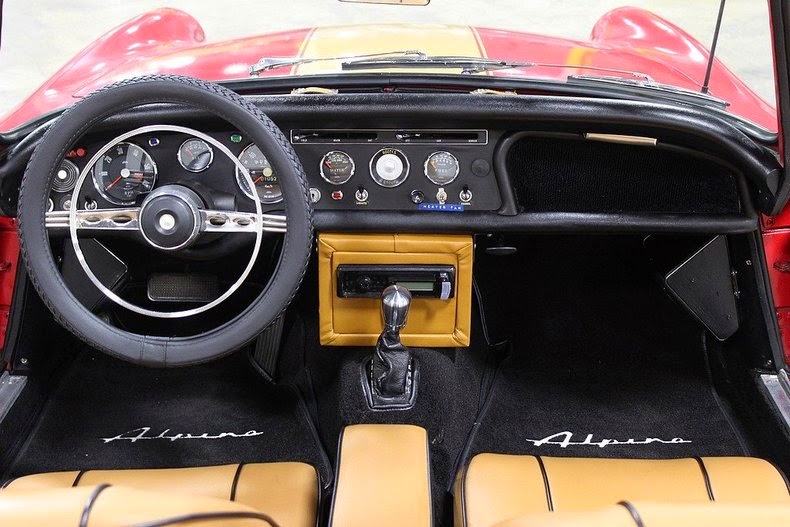 The interior is a mixed bag, the seats look nice, but the steering wheel cover hides who knows what kind of damage.  The stereo box is strange and the Dymo style labels on the dash are a bit tragic, but the biggest issue has to be that slushbox shifter in the middle.  If you are going to swap that out for a 5-speed, why not change the engine while you are in there…just no more Tiger clones please…maybe an S2000 engine can fit? 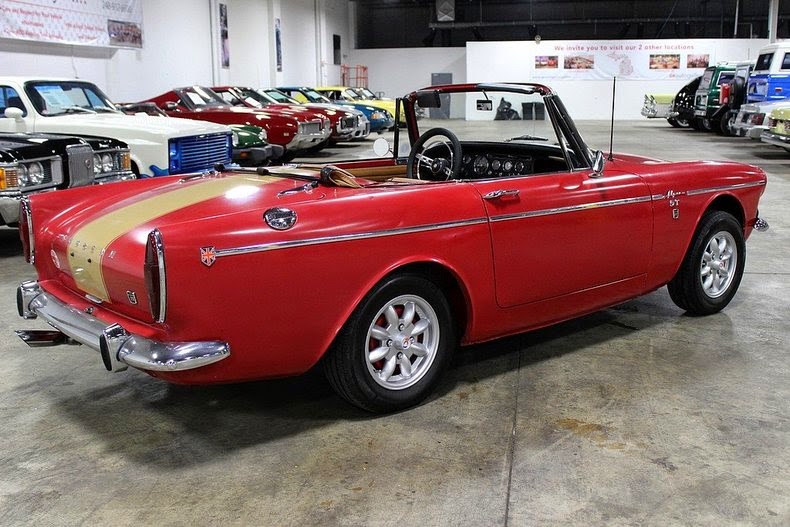