NSU Motorenwerke AG was a small company from Germany that started life producing bicycles, later motorcycles and finally automobiles.  NSU was aquired by the Volkswagen Group in 1969, was subsequently merged with Audi and its eclectic collection of 2-stroke and rotary powered vehicles faded into history.  Relight the glory days of NSU’s prime by picking up this 1965 NSU Sport Prinz with a 1200cc 4-cyl swap for the prinzly sum of £6850 GPB ($10,491 USD), located in Romsey, Hampshire, UK via carandclassic.co.uk. 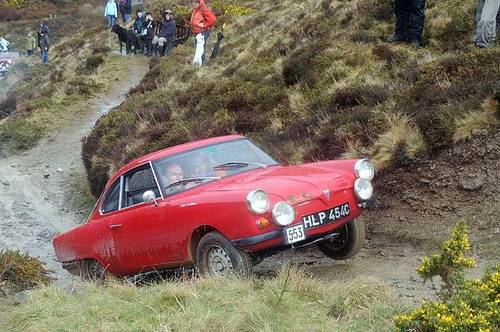 The Sport Prinz consisted of a Bertone designed fastback body carefully dropped on top of the standard Prinz chassis.  It is indeed a rare sight anywhere in the world and will likely get you into all kinds of premium valet spots in ritzy locales. 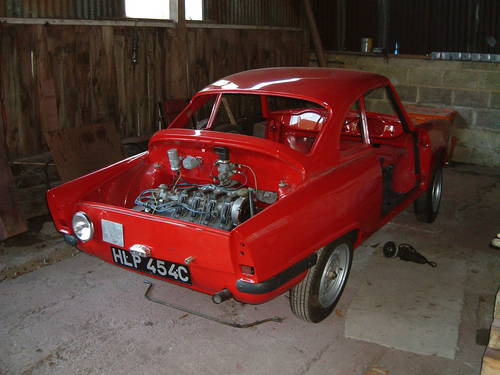 This Prinz would have been originally powered by a 600 cc two cylinder air-cooled engine that produced 20 horsepower and could push the Prinz to a claimed (and optimistic!) top speed of 75 mph.  However, this Prinz has been converted to use the later NSU 1200 engine, a 1.2 liter air-cooled inline four (laid on its side) that puts out 59 horsepower in stock trim. 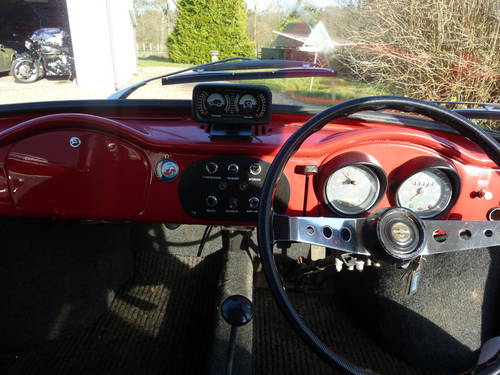 The interior of this Prinz looks respectable, and the seller states that he/she has installed Ford Focus seats with inertia reel seat belts, but can provide the original seats if so desired by the buyer. 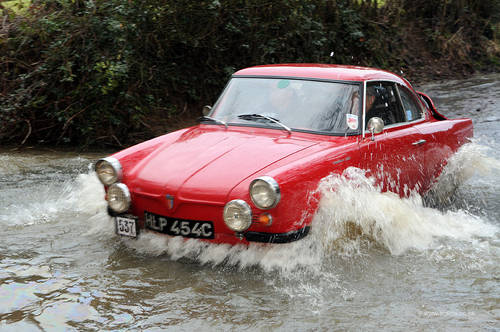 Here the owner mistakenly assumes the boat-tail styling means the Prinz is water-tight…and later recounts: “Electronic ignition was installed in 2012 eliminating the only gremlins we encountered on a trial when the points closed up on a wild and wet Exmoor in the middle of the night. Not fun trying to adjust them with horizontal (and very cold) rain and only a torch for light!” We hope he didn’t burn his hands on the torch…although in the UK, a torch is what we call a flashlight here in the US. 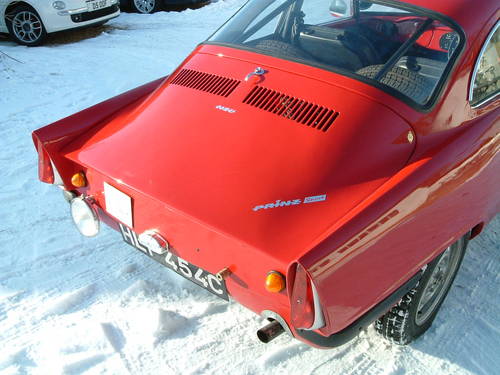 This Prinz was restored in 2007/2008, competed in the famous Edinburgh, Exeter and Lands End classic trials and survived the ordeal with typical chips of a used rally car. Overall we think this combination of coolness, condition and price makes this a fantastic bargain…can’t help but wonder how much it would cost to import to the USA..?