In 1982 the Oldsmobile Cutlass line was split into dual platforms, the Ciera riding on GM’s front-drive A-body and the Supreme continuing to float upon GM’s rear-drive G-body.  Hurst Performance picked the Supreme chassis to continue its tradition of crazy Hurst/Olds equipped cars and added a garish paint job and crazy looking ‘lightning rod’ shifter to the inside.  Find this 1983 Oldsmobile Hurst Cutlass Supreme for sale in Smithfield, RI for $17,950 via craigslist.  Big thanks to tip from Art C. 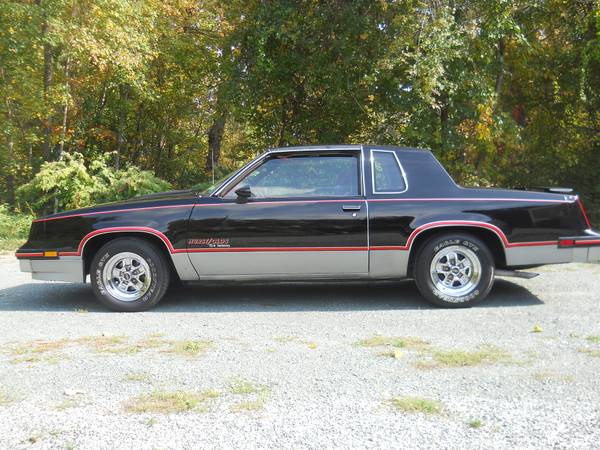 The Hurst edition cars are colloquially called Hurst/Olds and there is even a club and website to celebrate this obscure beast.  The Hurst/Olds collaboration started in 1968 with the Cutlass and 442 editions getting the Hurst makeover and sporadically continued through 1988 with a total of 16,000 cars for all years.  1983 was one of the better selling of the Hurst/Olds editions with buyers picking up 3000 of the black over silver with red pin striping coupes. 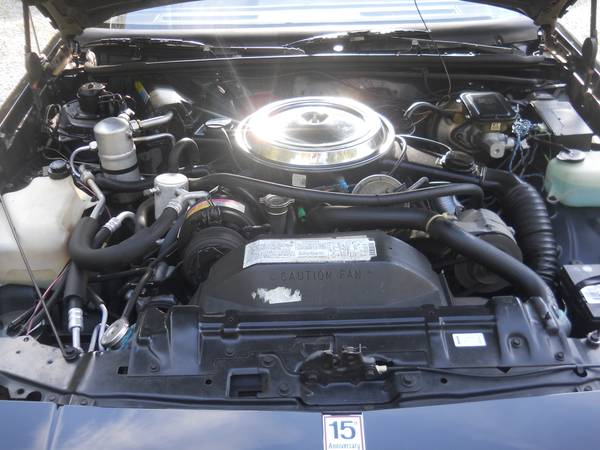 The Hurst/Olds were powered by a (modified?) version of the Oldsmobile 307 cubic inch (5.0 liter) V8 that puts out 180 horsepower and 245 ft-lbs of torque.  The Hurst/Olds versions featured dual exhaust and were all mated to automatic transmissions. 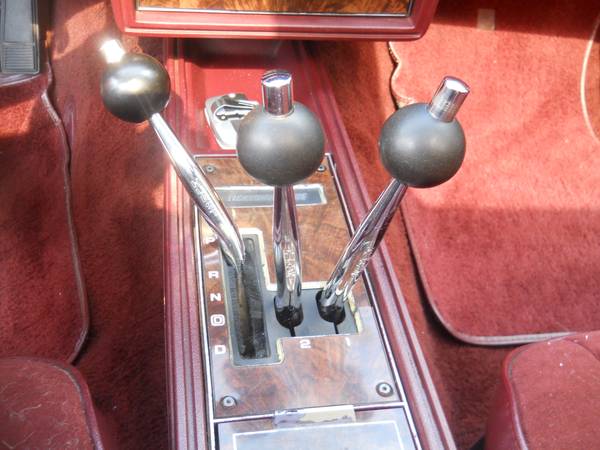 You might be confused at first glance and think someone swapped a 4WD transmission with transfer case into the inside of this Hurlds, but you are just looking at the 747 cockpit inspired Hurst Lightning Rod shifter.  The first shifter operates as you would expect, but the 2nd and 3rd allow the driver to select 1st or 2nd gear and ‘bang’ it into the next gear.  See this youtube video for a thorough explanation of the Lightning Rod in action. 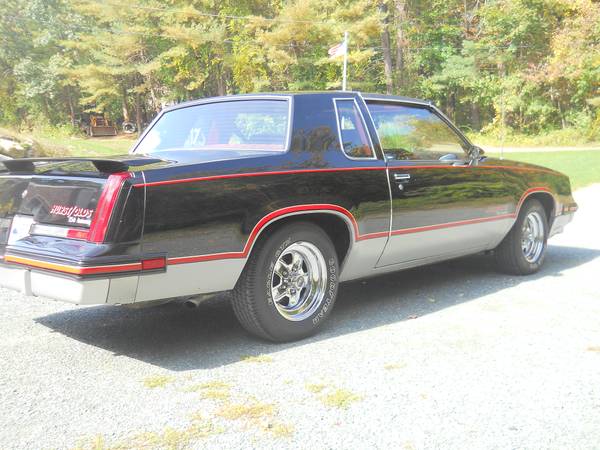 The asking price on this Hurst/Olds may be a bit steep (especially considering the lack of detailed photos), but there aren’t many on the market for comparison.  However, if you want a project, there is a slightly rusty one on ebay currently bidding at $5,500 reserve-not-met…