The E34 generation BMW M5 is an awesome vehicle.  So awesome, that DT’s CFlo drives his regularly (especially when it rains in SoCal) and our 2013 E34 M5 market watch story (syndicated here on Jalopnik) is the 6th result from the top when you search google for E34 BMW M5.  However, if you want the M5 experience but don’t want the M5’s heavy return throttle spring, ocean liner scale fuel bills, needy maintenance schedule, balky un-rebuildable gearbox, and potentially bankrupting catastrophic S38 repair bills…perhaps you should consider this instead.  It is a 1995 BMW 5-Series that has been given the S52 inline-6 from a 1999 BMW M3, find it here on eBay

currently bidding for $7,977 reserve-not-met with less than 1 day to go, located in Pennsylvania. 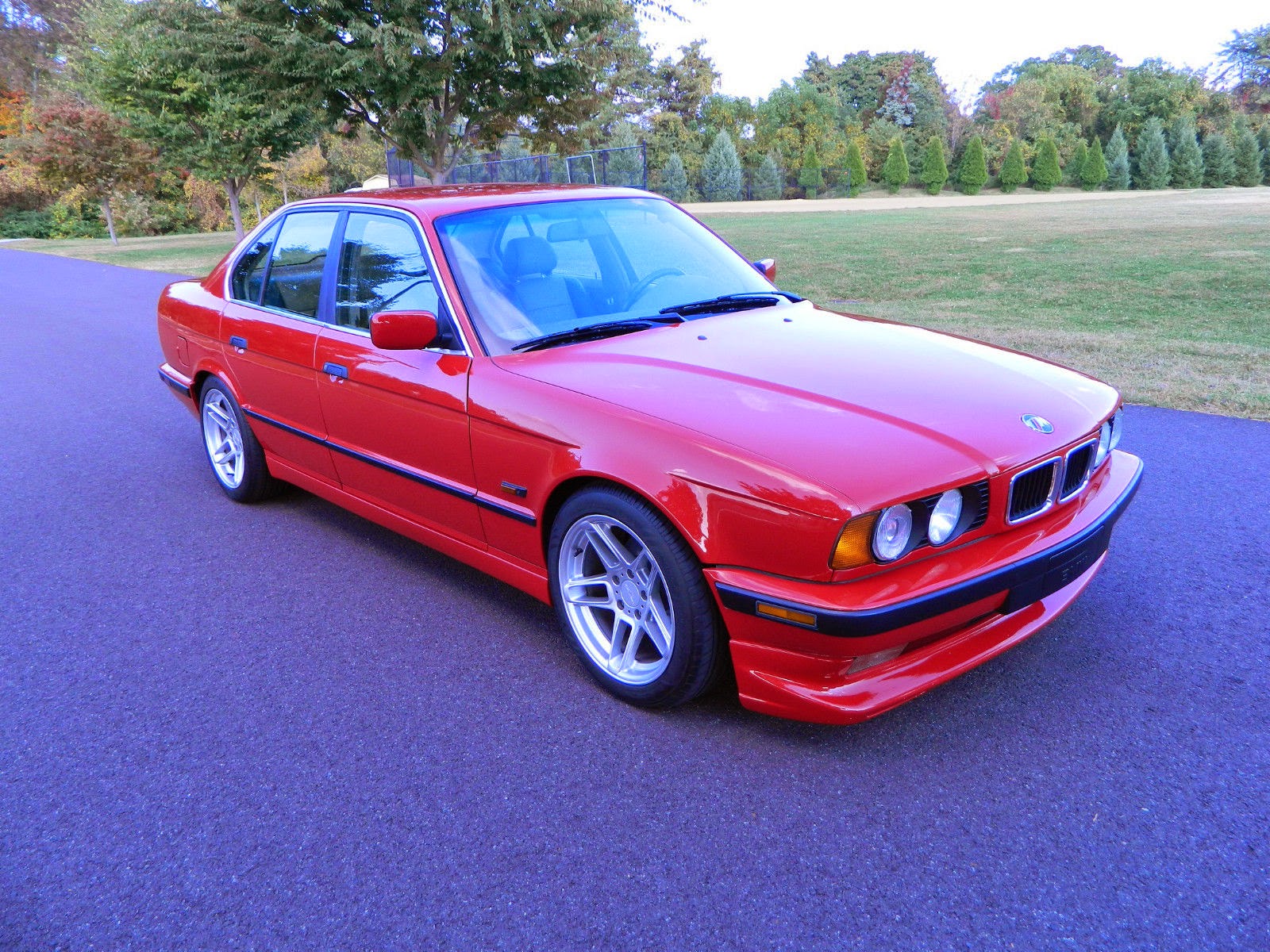 Let’s get somethings out first.  This will never be as collectable as an original E34 M5 and you won’t be able to be M5 buds with some yahoo over at yahoo autos.  It wasn’t hand built by Bavarian Monks and it doesn’t have individual throttle bodies or the chortling sound of the Almighty One chuckling when you dip into the loud pedal.  It does, however, look nice in the photos and offer the closest thing to a plus sized BMW E36 M3 you’ll ever find. 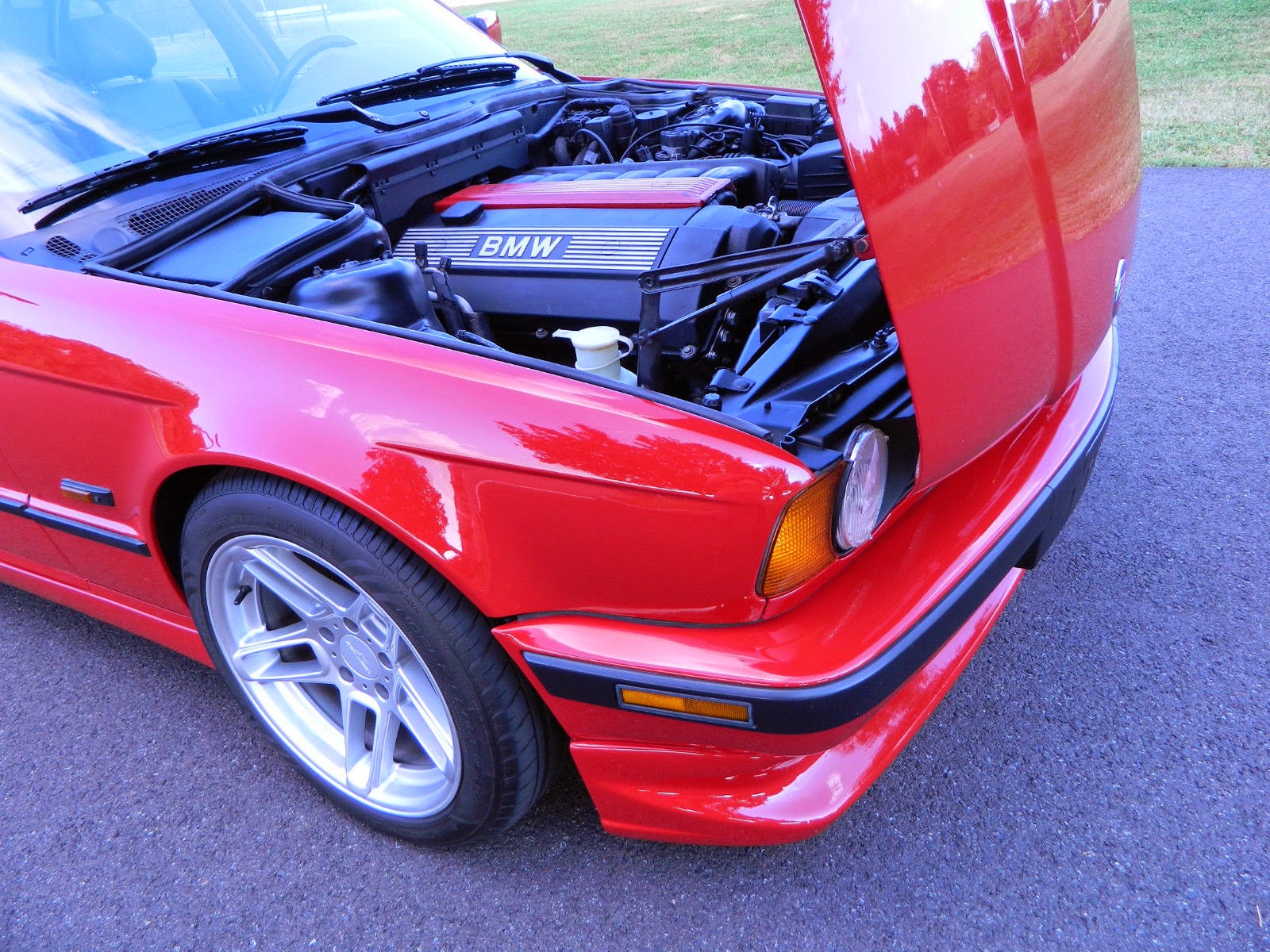 Under the hood is the BMW S52, a 3.2 liter inline-6 rated at 240 horsepower and 240 ft-lbs of torque borrowed from an E36 generation BMW M3.  The European version makes considerably
more power, but the US market S52 is known for its durability and longevity due to the relatively
low specific of power output. It is almost 100 horsepower down from the E34 M5 S38B36 rating of 307 horsepower, but only a few torques short of the S38’s 266 ft-lbs.  The engine should tip the scales at a few less lbs and is only a few intake/exhaust/cam modifications away from bridging the power gap. 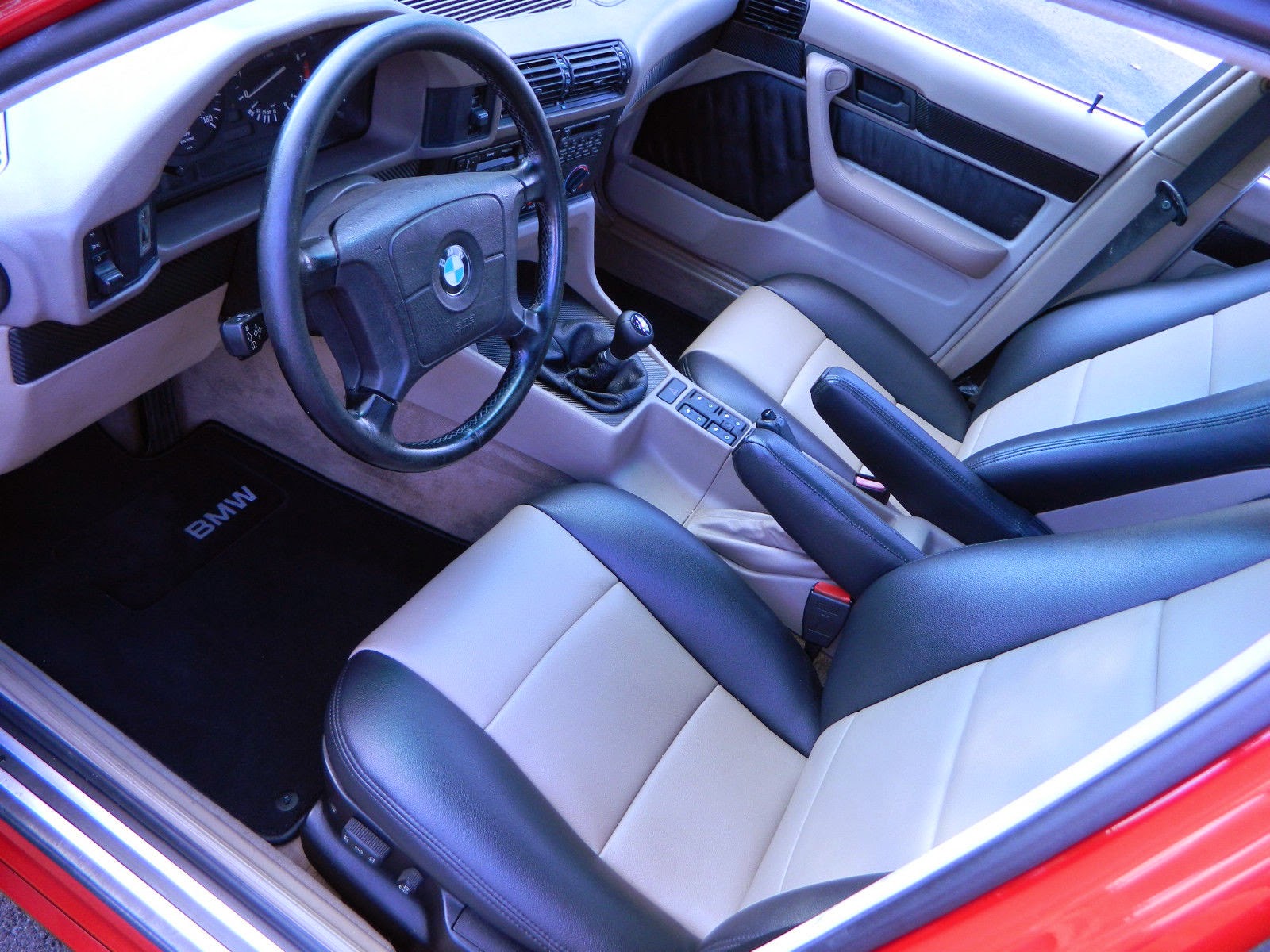 The interior on this E34 has been given some customized upholster, which may elicit a gag reflex or subtle acknowledging head bob, depending on which side of the car scene you live in.  If the craftsmanship is good, keep it, otherwise head to your nearest BMW dismantler and pickup a set of used seats.  The tilting mechanism probably needs adjustment anyway. 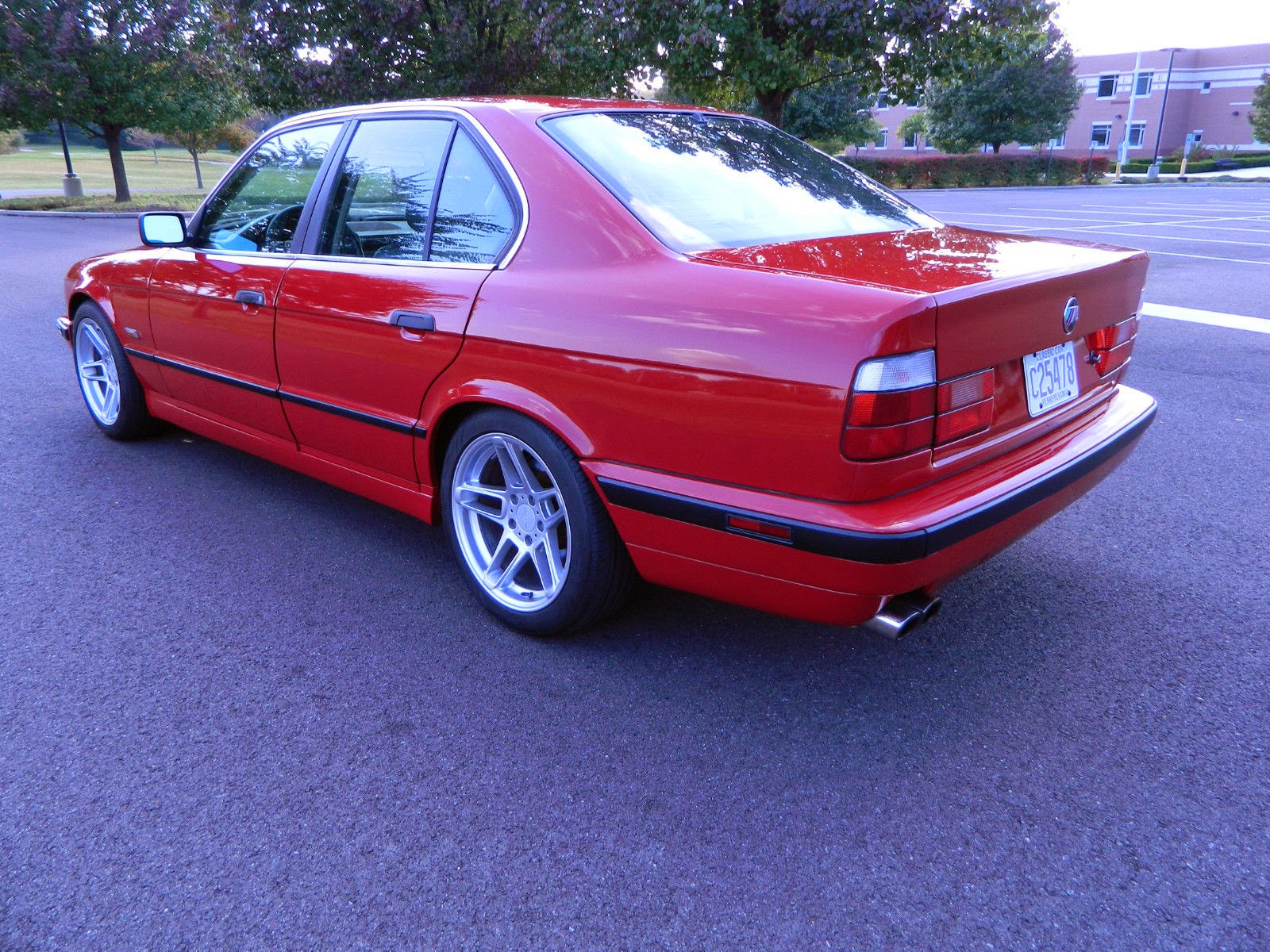 Why not stick an M5 badge on the back…its got M-Power and it is a 5-series…right?  tips@dailyturismo.com