The Mercedes-Benz 190E 2.3-16V was the first salvo fired from the cannons at Stuttgart in its luxury sedan wars with Munich.  BMW’s E30 generation M3 was actually second to market with a 2.3 liter high revving motorsports engine pushing out around 190 horsepower mated to a dog-leg 5-speed.  For some reason the E30s are worth their weight in gold these days, but the 190E is still budget friendly…fine by me.  Find this 1985 Mercedes-Benz 190E 2.3-16V Cosworth here on eBay 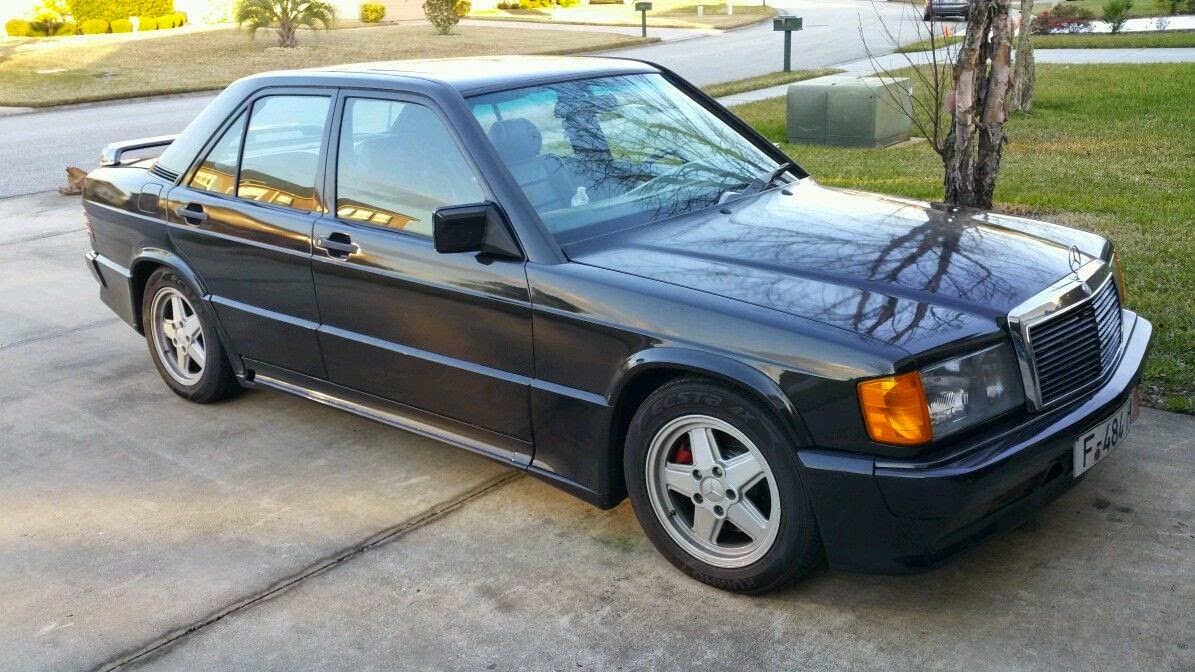 The W201 Mercedes-Benz “190” sedan was built from
1982 to 1993 and is the spiritual ancestor to today’s C-class sedan.  It was an
elegant but simple
sedan powered by a spattering 4 & 6 cylinder gas and diesel engines.  The
2.3-16V Cosworth edition turned up the fun to 11 with a powerful engine, 5-speed manual, big brakes, quicker steering ratio (on the non rack-and-pinion setup), and a limited slip differential. 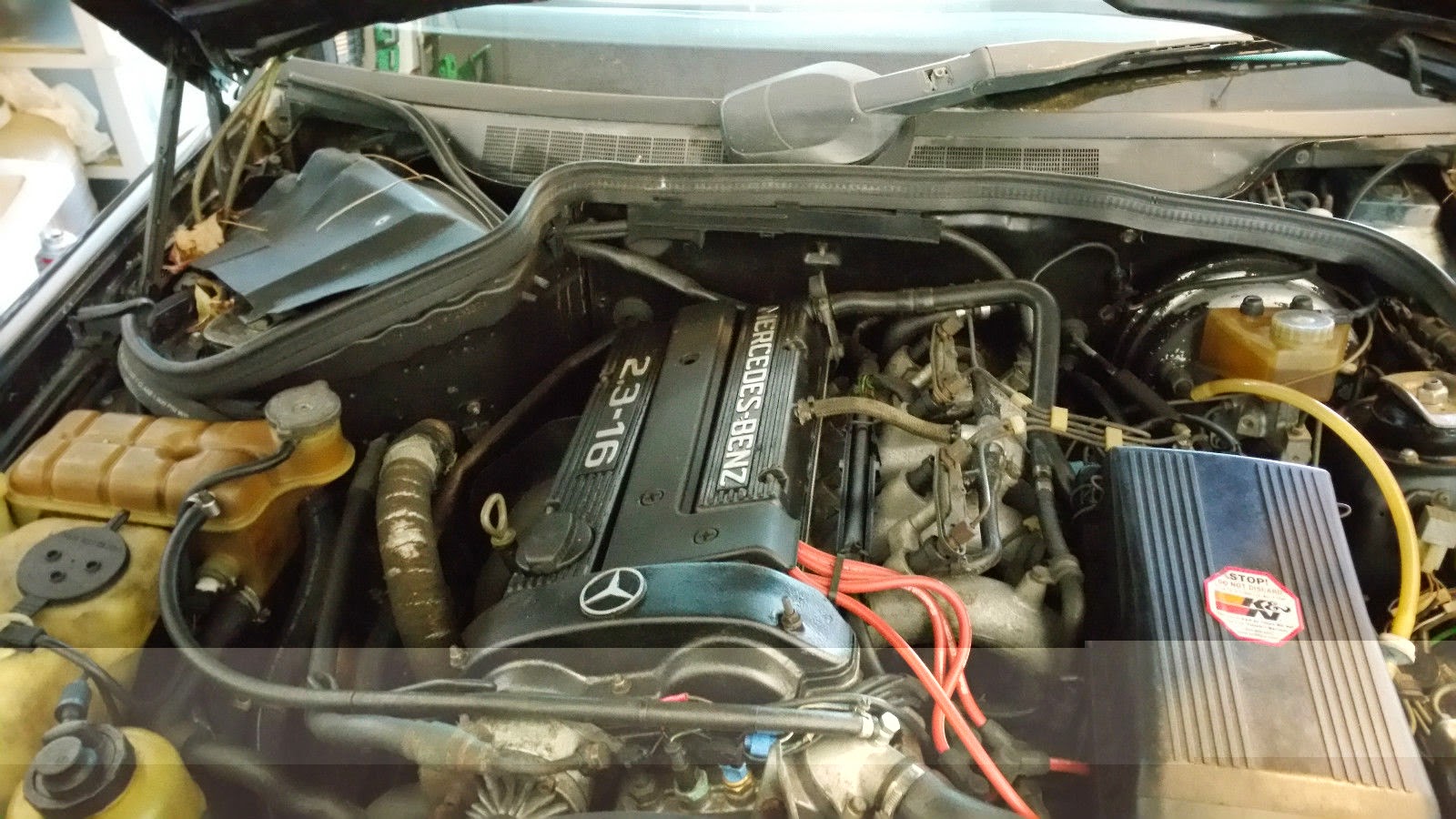 The heart of the 2.3-16V Cosworth transformation from Taxicab to
Ringtaxi is a 2.3 liter DOHC inline 4 with cylinder head designed by
Cosworth in Great Britain.  The engine in Euro spec (like this one) puts out 185 horsepower and 174 ft-lbs
of torque and mated to the 5 speed transmission. The 2.3-16V
today brings with it more of an experience, than actual performance,
with its strange dog-leg gearbox (1st gear is up and to the left, 2nd
also up and 3rd just under 2nd – it was intended to allow 2nd-3rd gear
changes on a race track to be quicker…but actually just confuses
drivers). James May can’t figure it out, but we have more faith in our
readers. 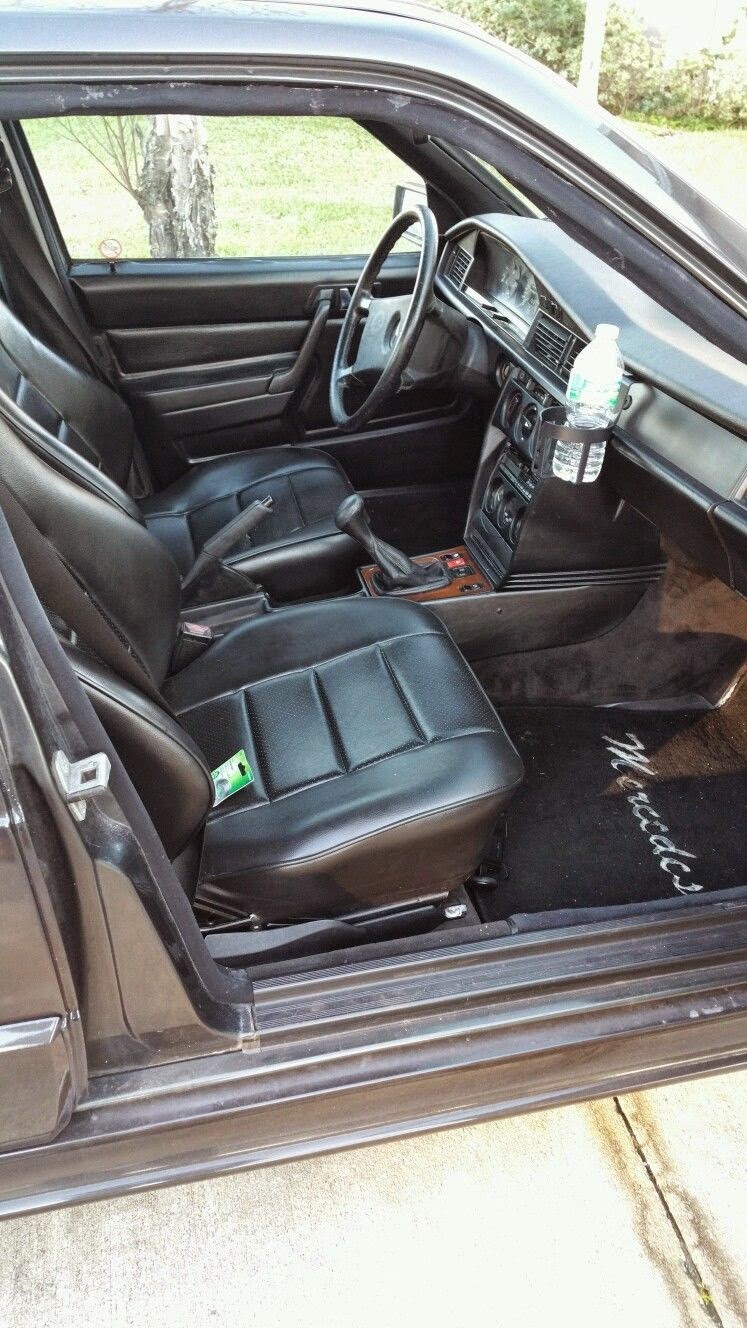 The Mercedes-Benz interiors from the 1980s are known to survive abuse well, with the exception of the steering wheel which after a few years of use seems to resemble the swollen & pockmarked surface of a drunk’s nose.   This one will also need some work on the door cards, but it won’t be bad with some sorting and a new wheel cover. 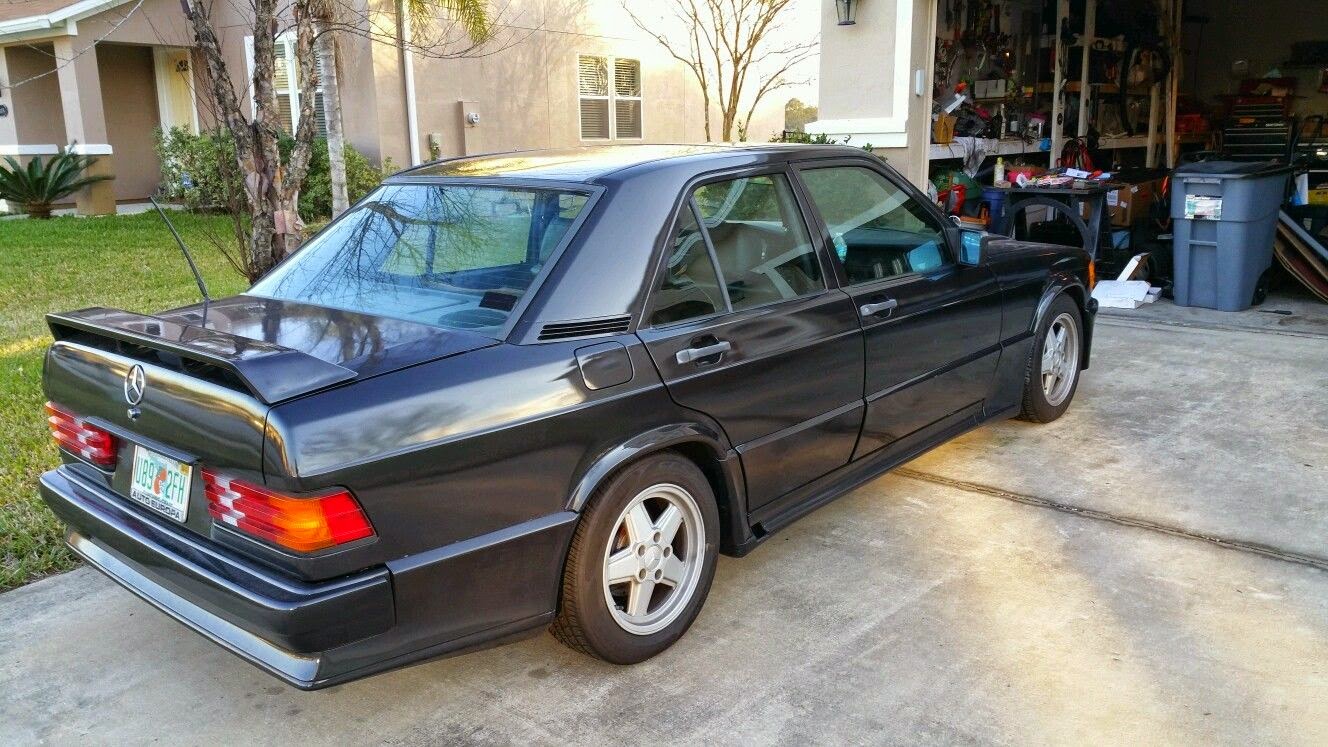