The Unimog is an multi-purpose medium duty truck that was the brain child of Dr Ferdinand Unimog…no it wasn’t.  It is short for “UNIversal-MOtor-Gerät” (Gerät
meaning machine in German) and was originally built in post war Germany for “agricultural” purposes due to
the post war anti-military production sanctions on the country that had
twice tried to take over the world in the span of 25 years. Anyone with half a brain would have instantly realized that this “tractor” was really a troop carrier and would have sent tanks into Berlin, but there was this wall in the way and frankly people around the world were just starting to discover the joys of sitting down after dinner to watch television.  History will show you that war was not going to happen before the advent of the VCR (and later TiVo) because you’d miss all your shows..but I digress. Find this 1968 Mercedes Unimog 404 offered for $8,000 in Boise, ID via craigslist.  Tip from LT3k. 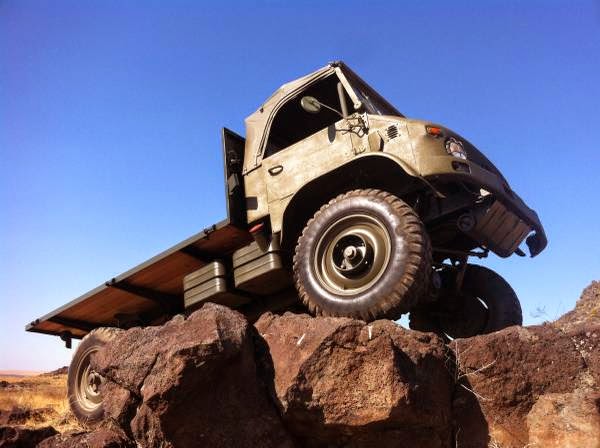 The 404 is the most popular variant of Unimog produced, with over 64,000 of the off roading machines built between 1955 and 1980.  This one has had its original suspension replaced with a long travel shock/spring combination that should make the ride more complaint, but super spooky on the highway.  It will be great for any off roading and rock crawling, but the cargo capacity will be slightly reduced.  It probably isn’t a big deal because most privately owned Unimogs are used more for show than hauling junk, but the seller does include the stock springs/shocks if you want to bring it back to stock. 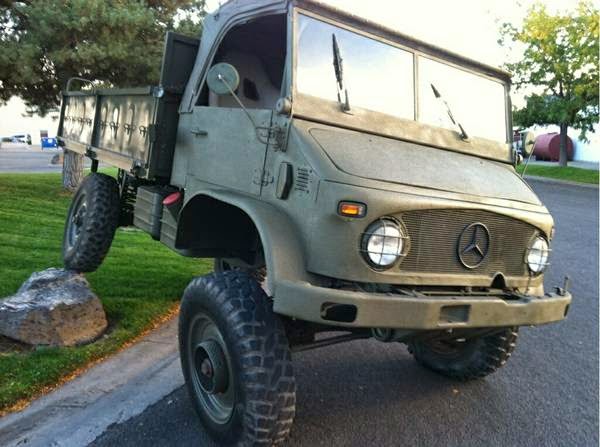 See a better way to prepare for the zombie apocalypse?  tips@dailyturismo.com