There’s no hiding the fact that some of us at DT are Corvair fanboys (and proud of it)!  There’s also no hiding the fact that Corvairs are going up in price, making them a solid investment for someone who wants a car that be used as a daily driver, be easily prepped to be a competitive weekend autocrosser or used as an easy going targa vehicle; for less than 1/2 the price of a very basic new car.  Corvair’s mechanically simplicity makes them nearly bullet proof.  No need for any ride-along mechanic and an Italian-English, English-Italian app for your phone should you decide to pursue this really nicely prepped 1965 Corvair Monza currently offered on Ebay with bidding at a $10,100.  The reserve has not yet been met with just about a day to go. 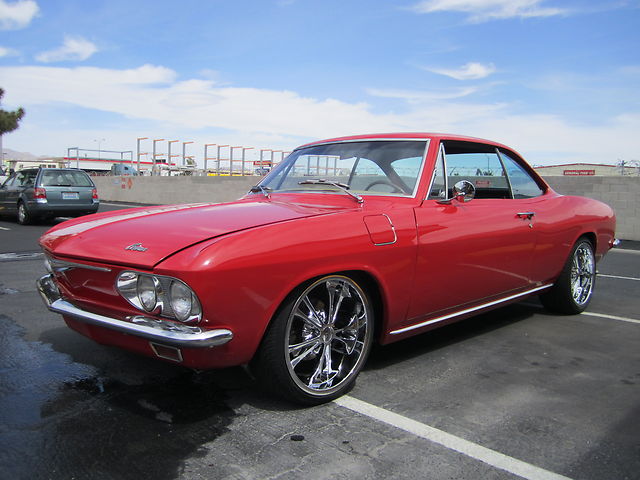 The seller has included plenty of high resolution pictures to support this build/auction. The only change we might make is a slightly less dramatic wheel choice.  But hey, when you’ve converted your Corvair to 4-wheel disc brakes, you pretty much want the world to see your handy work. 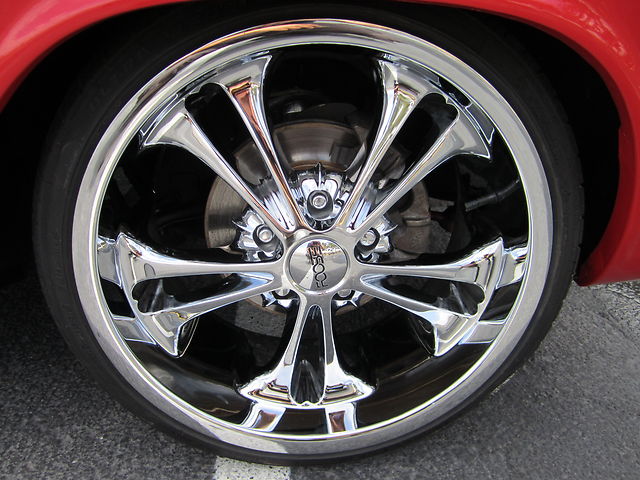 The seller of this car is  Christian Mejia of CODE Automotive in Las Vegas.  Our interest in this particular car was sufficiently piqued that we decided to call Christian to find out a little more about him and the car he’s currently offering for sale.

While Christian isn’t the grey-haired, grizzled old man that this writer is, he’s definitely not a newbie when it comes to Corvairs.  His dad owned a ’66 Corvair, which was the car that Christian was driven to elementary school in.  By the time Christian was 13, his dad had him working on their Corvair and he’s been hooked ever since.  Recently, he opened his business (CODE Automotive) which he hopes to use to develop a lot of nicely prepped Corvairs that he can place into the hands of as many people as possible. Christian has owned more than 15 Corvairs, but his first build for a waiting customer is the slick looking, low slung, silver car in the background of the picture below. 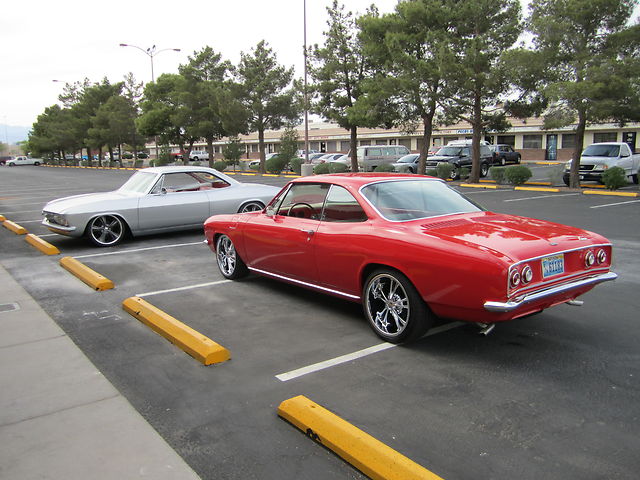 While Corvairs have a loyal following, there are not a lot of shops that specialize their restoration, nor are there a lot of aftermarket one-stop-shops. That’s not to say that parts are hard to come by.  Clark’s Corvair in Massachusetts is the equivalent of Moss Motors for anyone who needs just about any Corvair part. One look at Clark’s website address corvair.com indicates how long they’ve been working the internet! 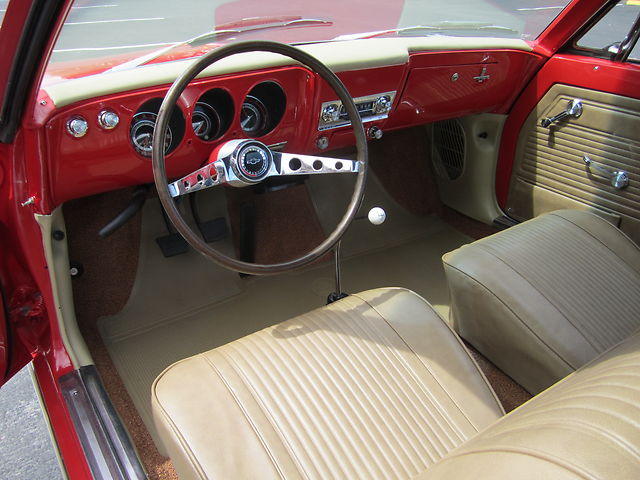 While his builds are definitely modernized, Christian has opted to stick
with a stock looking interior which relies heavily on parts from
Clark’s (shown both above and below).  As this particular car is a Monza, rather than a Corsa, it has the more basic 3-gauge cluster in the dash.  The dash has been painted body color rather than the contrasting colors used by Chevy when new. 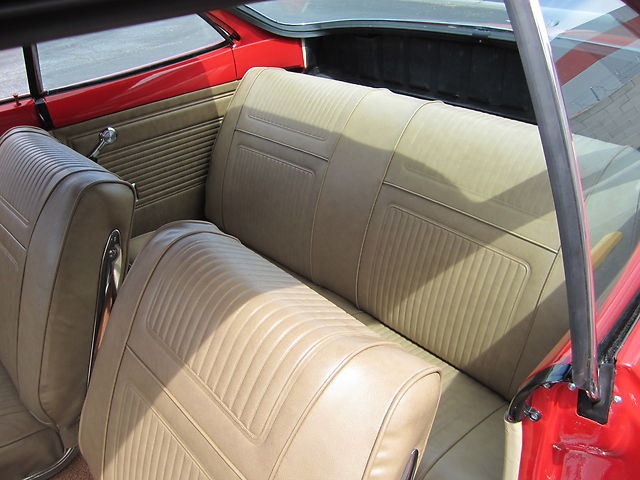 Updating the brakes to a dual-circuit master is easily handled with the addition of a ’67 or later Corvair unit (below), but Christian had to source his own rotors/calipers and adapt them to the Corvair to end up with 4 wheel disc brakes. 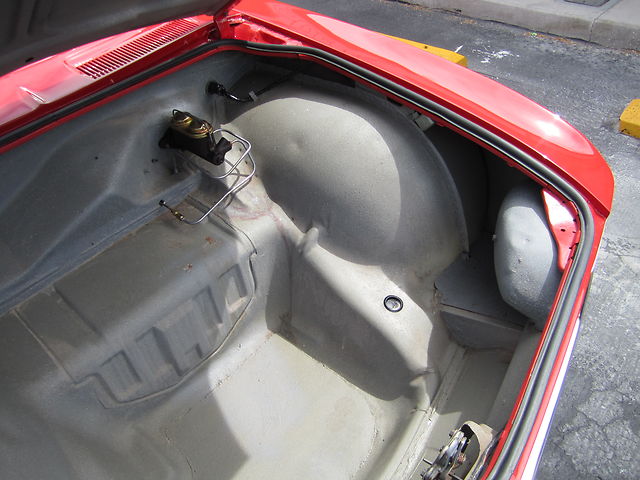 ‘Vairs were offered in several states of tune in 1965.  The most common engine found in the Monzas was the dual-carbureted 110HP. The 140HP engine, found in this car, relies on four one barrels as shown below.  While a separate turbo model was available, they remain relatively scarce (read…higher price point).  Christian’s work in the engine bay is immediately apparent with everything looking stock but completely freshened.  The only non-stock touch is the body colored cooling fan, which adds just a touch of bling. Christian has a Weber set up available which he thinks he’ll put on his next build.  We hope so, as that is a great way to go regardless of whether they’re sending the fuel to a German or an American flat 6. 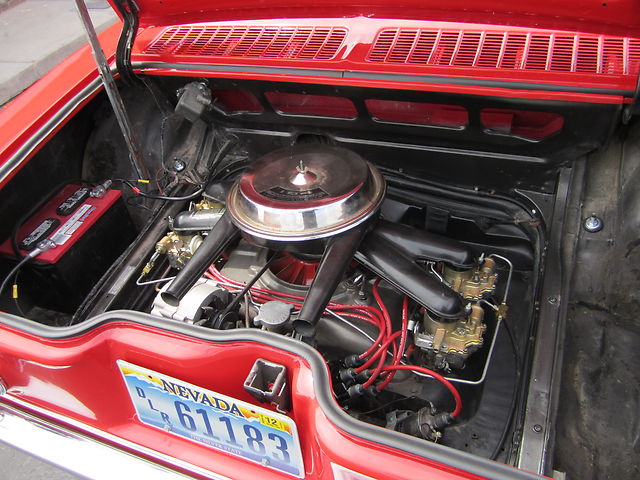 The paint job is obviously fresh, with the picture below showing that it also has some pretty good depth. All of the chrome and aluminum bits give it a really great overall appearance for a car less than $15K.

There are only a couple of ways to get a car like this.  The first is to find a basic car and build it the way you want it.  In most cases you will end up with the car you want, but you will likely exceed your original budget, the way that the government bids bridge projects. The other way, is the painless check-writing method which only requires that you seek out someone who has years of experience with the type of car you want and have them go to their stockpile of used cars/parts/connections and do it for you in much less time and for a reasonable price.  Or, you can wait for the DT Holy Grail whereby you wait and wait and scour ebay and craigslist until you find that one car that someone build years ago, and has used long enough, to get rid of it for cheap relying on the DT axiom of  “there is no better money spent on a car, than the previous owners’.” This 1965 Monza may be one of those rare cases where a buyer may actually save some money (if their time has any value) buy buying off the shelf from CODE Automotive.

We’d never heard of CODE Automotive or Christian Mejia before yesterday, but we’re definitely glad we know him now.  We will be keeping our eye on him, hoping that he’ll give DT an opportunity to list one of his upcoming builds a day or two before they hit ebay.  Best of luck Christian, we think the market is ready for a fresh approach to Corvair builds!

Find another off-the-shelf Vair at a better price, email us at tips@dailyturismo.com