There is a term that gets tossed around in the sport compact community — all motor.  It means that the builder has not used any power adders (supercharger, turbocharger, nitrous).  Kids with baggy pants (wait…someone said that punk kids wear tight pants now, what the hell is going on?) ask yahoo answers how can I make my car all motor, and others reply with seemingly limitless knowledge on what parts can make them faster than some turbocharged car — but the bottom line is that the all motor crowd is all about mystique/street-cred.  The problem with all motor mania is that you have to keep qualifying your successes because they sound so pedestrian.  I ran a 9 minute mile the other day…well it was with a cougar chained to my leg. No no, really I am the cougar-chain champion of the greater Waukesha, Waterville & Mukwonago Big Cat Running & Racquet Club.  We’re sponsored by Puma, ya’know?  I’m the third fastest runner in the club, well actually 2nd because of that unfortunate issue with the Bill and the bacon he had in his pocket…hey, where are you going?   Find this 1980 Volkswagen Caddy Rabbit Pickup offered for $12,500 in Los Angeles, CA via craigslist.  Tip from Kaibeezy. 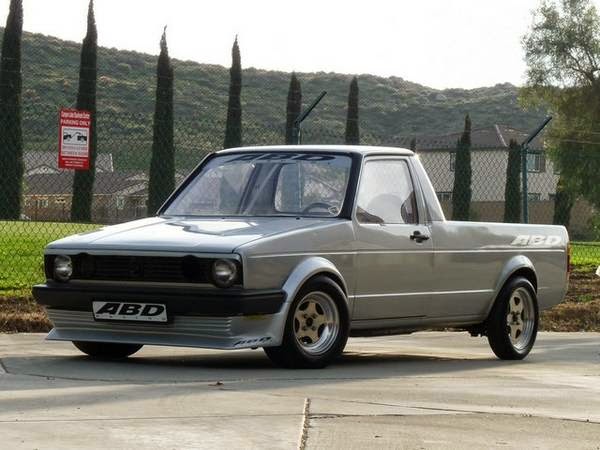 The Volkswagen Rabbit Pickup was first released for the US market in 1979 as a replacement for the outgoing Type 2 (T3) Transporter that was no longer available in a pickup configuration for the USA.  The Caddy (as it was known later in Europe) was assembled in the USA and Europeans had to wait until 1982 for a Bosnian assembled version to be released. 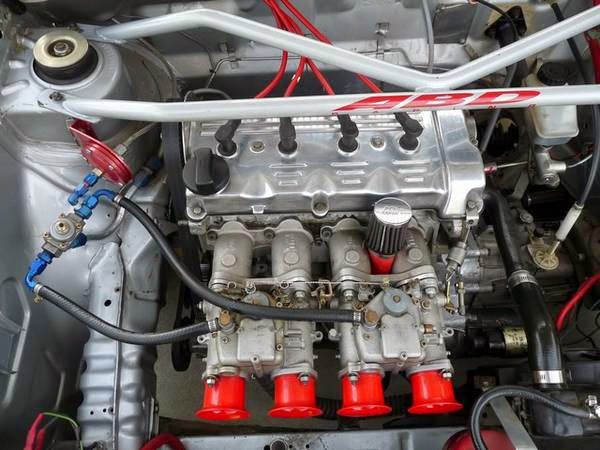 Under the hood is a 2.1 liter 16V Golf engine that has been modified with all manner of internal and external components to increase airflow through the engine without the use of forced induction.  The seller claims a 12 second 1/4 mile time, which is impressive for a front-wheel-drive car, even one that has been gutted and is sold with bill of sale only. 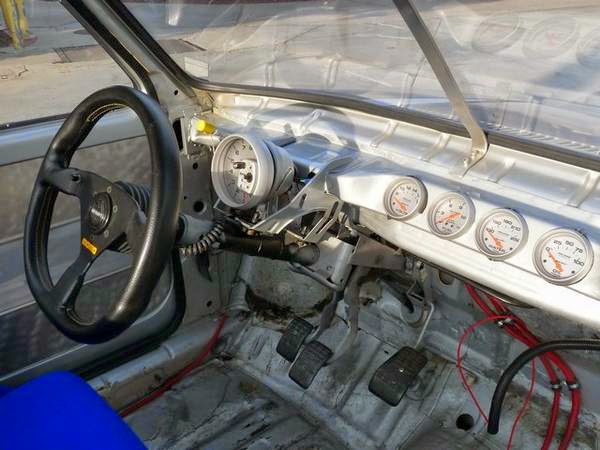 Don’t expect to take to the kids to school in this thing, it has been stripped, gutted, and fitted with Lexan windows…but curiously, it does not have a roll-cage.  So what we have here is a car built for speed but not the track or the street…oh…a magazine car…I finally understand. 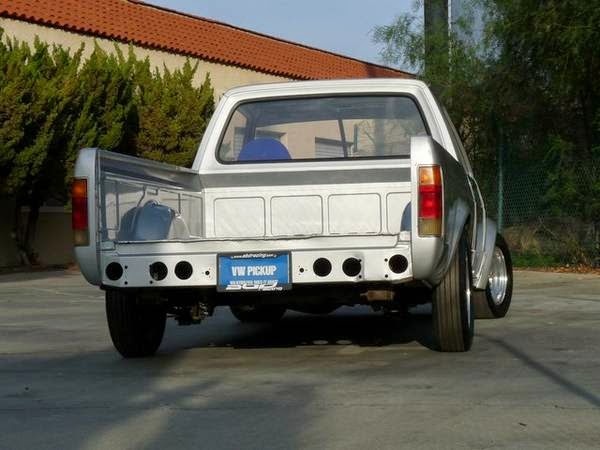