The Lagonda was an oddball 4 door sedan from Aston Martin and has the unique distinction of having been on listed on Businessweek’s list of “50 Ugliest Cars and Time Magazine’s list of “50 Worst Cars of All Time.”  Part of the problem is that Aston Martin wholeheartedly embraced every sort of electronic wizardry with a staff of 1950’s educated engineers who thought Lucas electrics were as good as Bosch.  This 1980 Aston Martin Lagonda has a Ford 4.6 liter V8 swapped into its engine bay and is currently for sale in Los Angeles, CA, currently bidding on ebay for $11,600 reserve-not-met with 5 days to go. 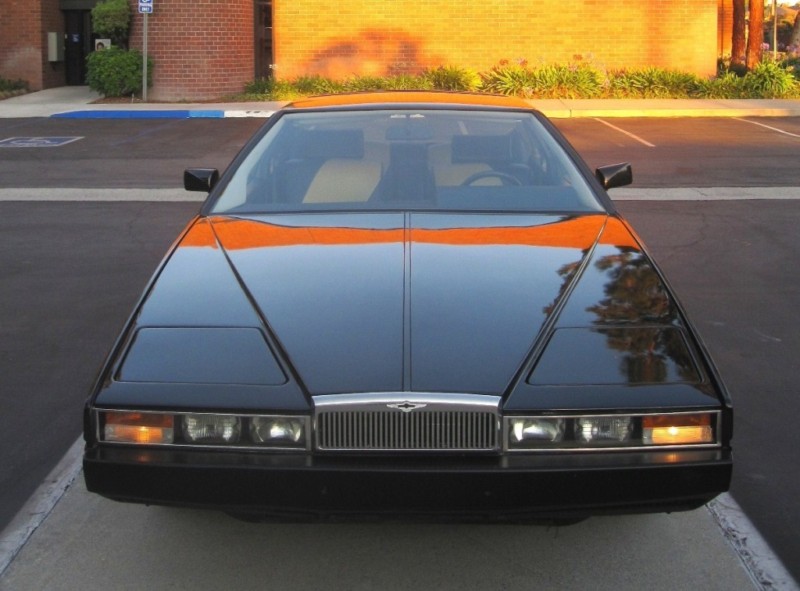 The Lagonda was named for a now defunct British Automobile manufacturer – purchased by Aston Martin in 1947 and run into obscurity by 1958.  The Lagonda name was taken out of the closet for the 1976-1990 run of 645 spaceship shaped sedans. 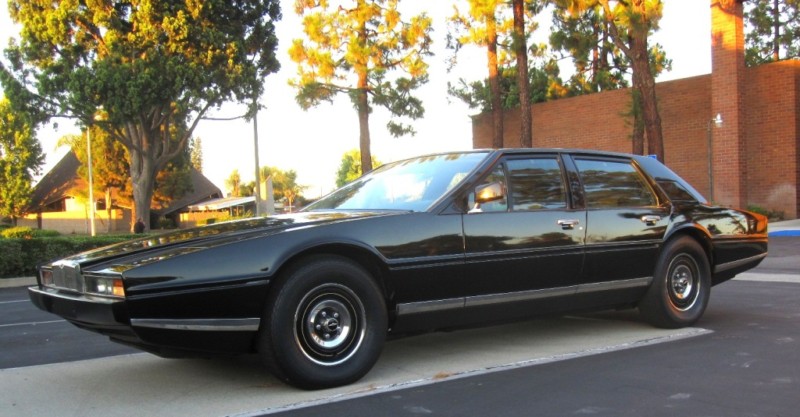 We really think that Businessweek and Time were a bit harsh on the Lagonda – its not exactly a Ferrari 250GT, but today it looks remarkable and it would make a splash at any car show or weekend Cars & Coffee meet.  We especially dig the stock wheels and are glad the owner didn’t swap them out for something newer/blingy. 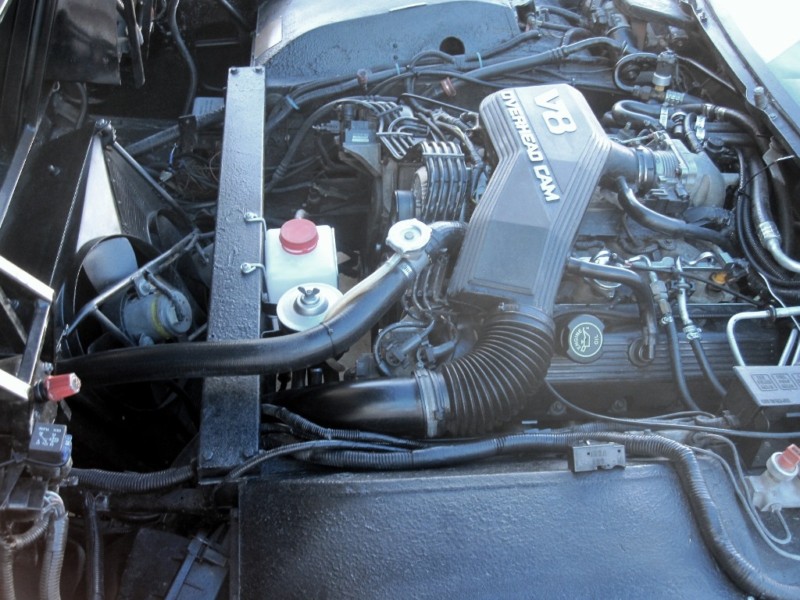 The original Aston Martin 5.3 liter V8 has been replaced with a early 1990s-era 4.6 liter V8 from a Lincoln Mark VIII or Ford Thunderbird, probably making the exact same 280 horsepower as the stock engine with two valves per cylinder.  Mostly however, an owner will appreciate the much improved fuel economy and ability to run 10,000 miles without a hairy knuckled guy named Tony telling you it needs a $5000 valve job. 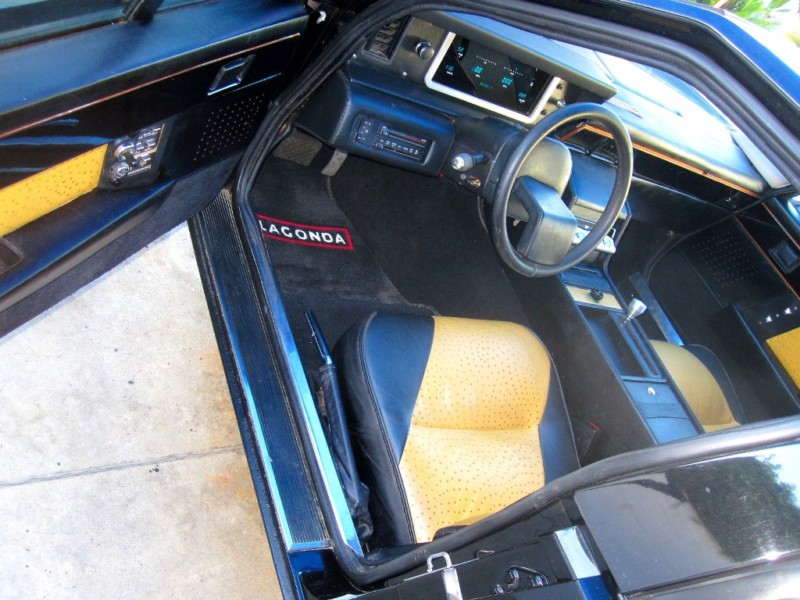 The interior of this Lagonda has been slightly modified – the original LED computer controlled gauges/instrumentation have been replaced by a set of Dakota digital gauges – which aren’t as cool as the original set, but chances are better that they will work on a regular basis.  Additional customization comes in the form of ostrich inserts in the door panels…ostrich skin or leather – we didn’t know you could or would want to use bird skin to decorate your Aston. 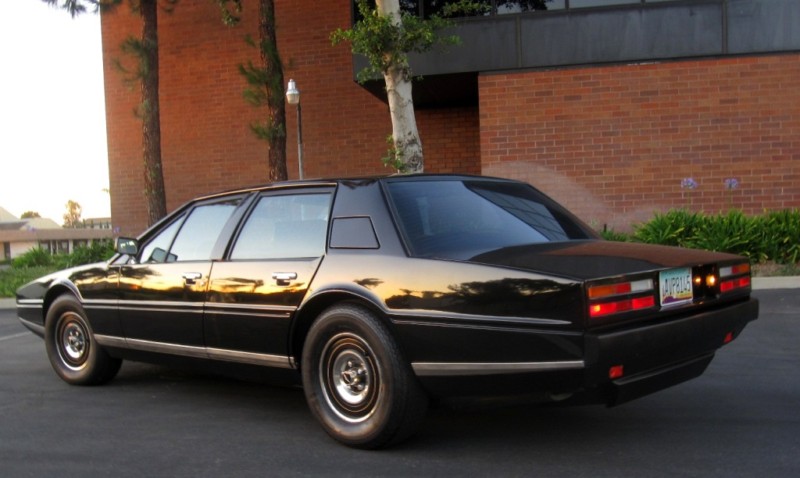 Overall the Lagonda is an odd duck – a wedge shaped 5 seat spaceship that will bankrupt its owner before you can say Warp 9!  At least this one will have Ford repair costs on the engine/trans and maybe will boldly go where no Lagonda has gone before…like past a repair shop.

See another top 50 for cheap?  tips@dailyturismo.com