Long before Volkswagen was accused of cheating on emissions tests and giving the finger to the environment, they gave the finger to Sir Isaac Newton’s second law of motion and entered into a project with Audi and Porsche to build an off road capable SUV that could handle like a sports car.  The result of this ambitious goal was the Volkswagen Group PL71 platform used by the Touareg, Audi Q7 and Porsche Cayenne — and the apple fell sideways.  Find this 2006 Volkswagen Touareg V10 offered for $9,500 in SF Bay Area, CA via craigslist.  Tip from FuelTruck. 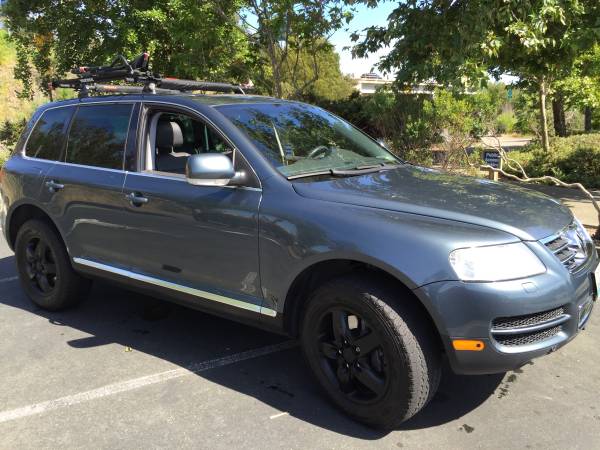 The Touareg name is pronounced ˈtuːaʁɛk according to the International Phonetic Alphabet (IPA), but then I don’t know how to pronounce an upside down smallcaps R or a backwards E, so it really doesn’t helpful — what is helpful is this handy Touareg pronunciation guide brought to you by Top Gear BBC dubbed for Russian TV. 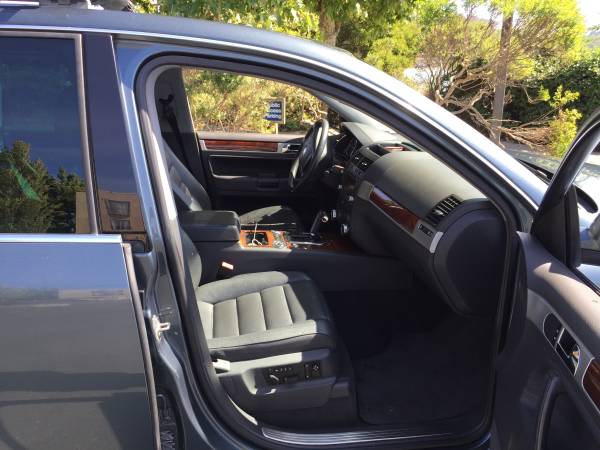 You don’t need to be pronounce Я не говорю по-русски to understand that the turbocharged direct injection 5.0 liter diesel V10 engine puts out
309 horsepower at a tractoresque 3750 rpm and 553 ft-lbs of
torque available from just off idle speeds. 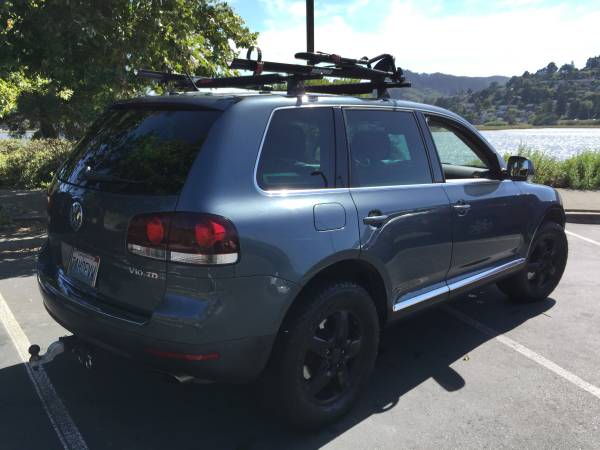 See another Volkswagen ready to clog the air with particulates? tips@dailyturismo.com