The first generation (AW11) Toyota MR2 was introduced in 1984 with a 1.6 liter 4-cylinder engine mounted amidships.  It wasn’t the first reasonably priced mid-engine car to be offered for sale, but it was the first from a Japanese manufacturer to be tuned on Willow Springs Raceway by former Formula One driver Dan Gurney.  Find this 1986 Toyota MR2 AW11 with only 30k miles on the odometer offered for $9,500 in Milpitas, CA via craigslist. Tip from KBZ. 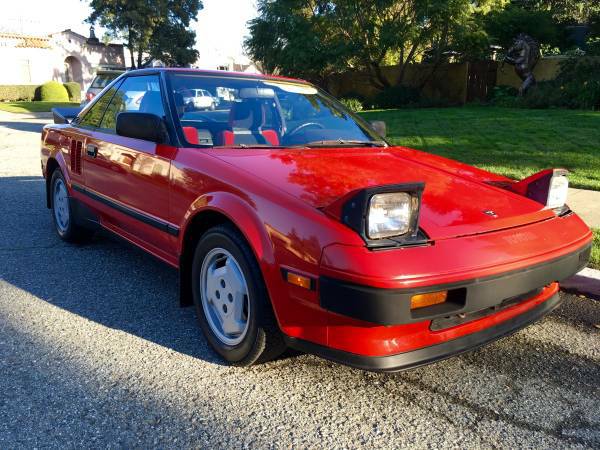 That race track development and focused engineering means the MR2 turns in much nicer than the competition like the Fiat X1/9, Pontiac Fiero, Honda CR-X, or Ford EXP — but it don’t expect anything from the 80s that is equipped with all-season tires to pull skid-pad numbers like a Lotus Elise.  However, the skinny tires and light chassis means a fun ride even if the actual limits aren’t particularly high. 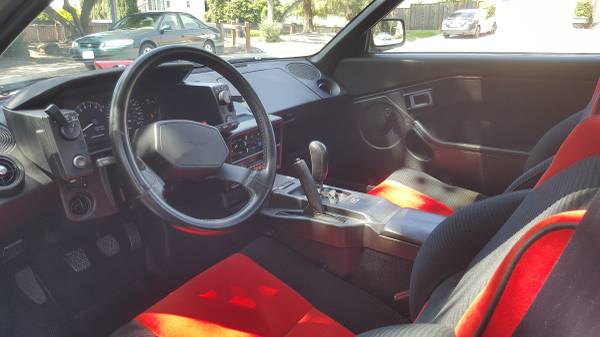 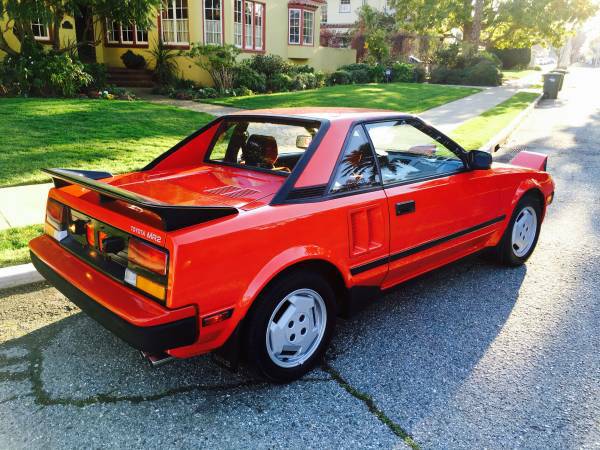