The Peugeot GTI wasn’t the only hot hatch to roam the streets in the late 80s (Civic, Golf GTI, etc) but it was the major French entry into the world of body cladding and fart can exhaust. Today’s example is equipped with a “Dimma” widebody kit and spent some time in Europe and later Japan, but its got steering on the correct side and sweet looking wheels. Find this 1989 Peugeot 205 GTI offered for $16,995 in Kirkland, WA via craigslist. 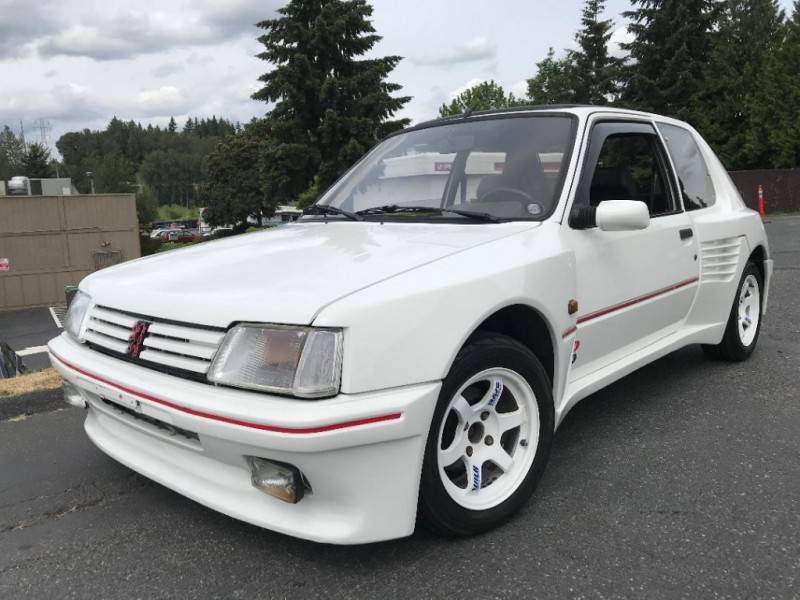 This 1989 Peugeot 205 GTI was sold new in Europe and was imported to Japan in 1993. In 1998 the car was modified with a Dimma widebody kit, including wider front and rear fenders, rocker extensions and more. Other modifications include an HP exhaust, Sparco strut tower bar, Volk TE37 alloy wheels, an aftermarket steering wheel and shift knob. Power is provided by a 1.9L inline-four paired to a five-speed manual transmission.

The Dimma kit was fitted in 1998 while the car was in Japan, and includes fiberglass front fenders, rear quarters, rocker extensions and valences. The car was repainted in the original white around that time. The kit incorporates the distinctive red beltline stripe used on the 205 GTI, which is matched by a red-finished Peugeot grille emblem.

Power is provided by a transversely mounted 1.9L inline-four sending power to the front wheels via a 5-speed manual transaxle. The 1.9L features a longer stroke than the earlier 1.6L, as well as an oil cooler not fitted to the earlier engine. Since importing the car we have changed the oil, filter and spark plugs 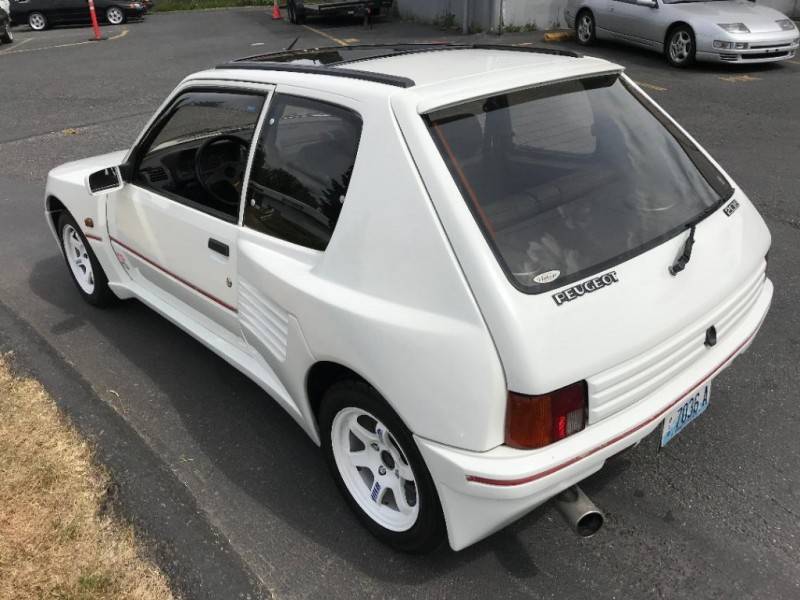