Magazine pictures of models can be very deceiving, not just photoshoping fat away from their bodies, but also a softness of the light and use of correct angle lens can make something look like pumpkin pie in print, even if it looks like a cow patty in person.  Proper lighting and a good pose can have the same basic effect as beer goggles, and the same principle applies to a used car.  What looks great in a professionally staged photo might not look so good when you get it home…but man it looks good under stage lighting.  Find this 1970 Volvo 144 Sedan

currently bidding on ebay for $4,550 reserve-not-met with less than 24 hrs to go, located in Syosset, NY. 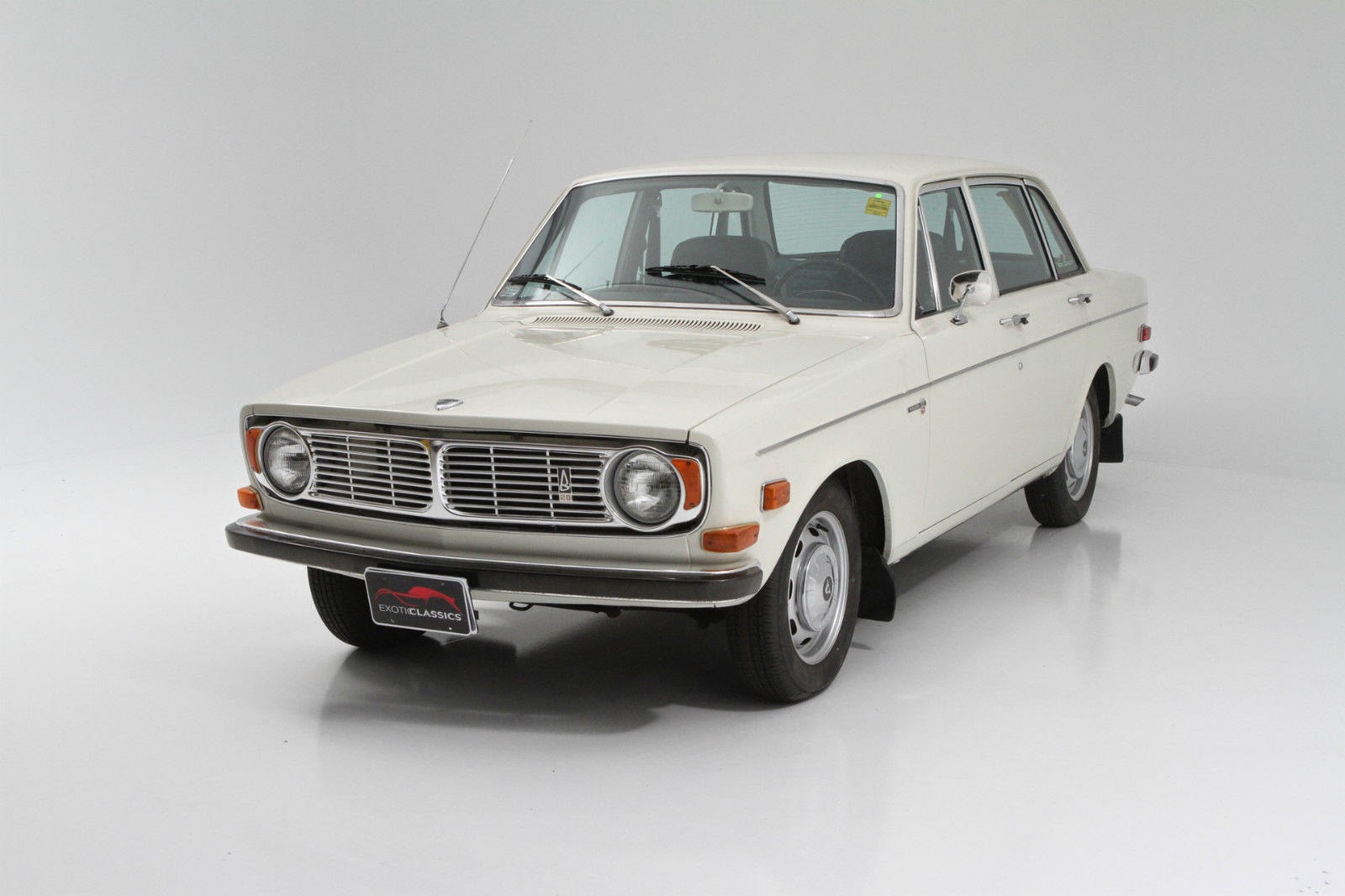 Photographer and artist Ansel Adams said “You don’t take a photograph, you make it.”  This couldn’t be more true with the photos in this Volvo feature and we’ve feature cars from this seller before, including a really clean Alfa Romeo 2000 sedan and a 90 mile Volvo 1800 ES.  If those cars are an indicator, then expect the reserve on this one to be really high. 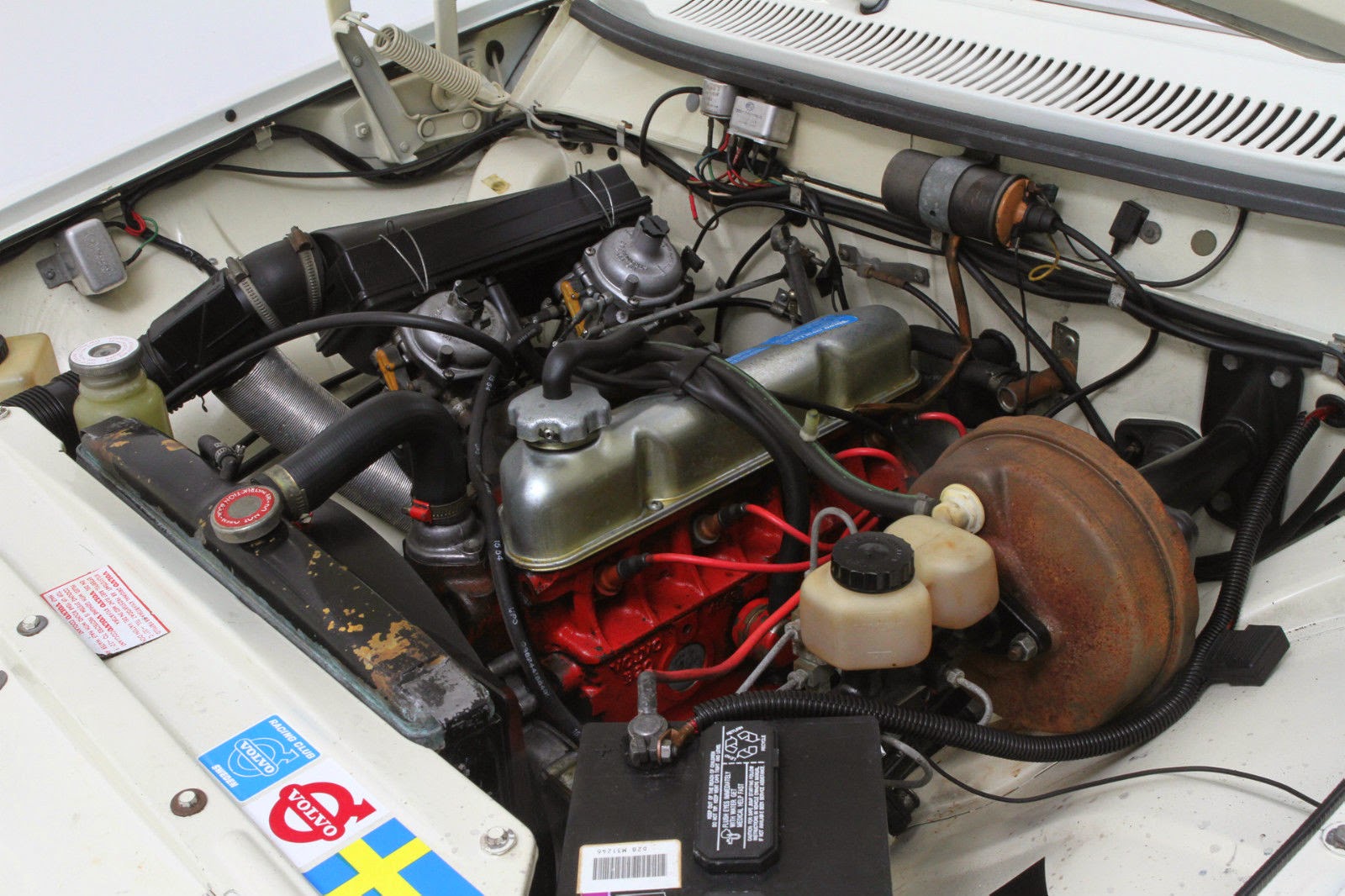 Under the hood is a sanitized (but patina covered) B20 inline-4 cylinder engine good for 118 horsepower and mated to the rear wheels via an automatic transmission.  White.  Auto.  4-Door.  Why on earth do I still kinda like it? 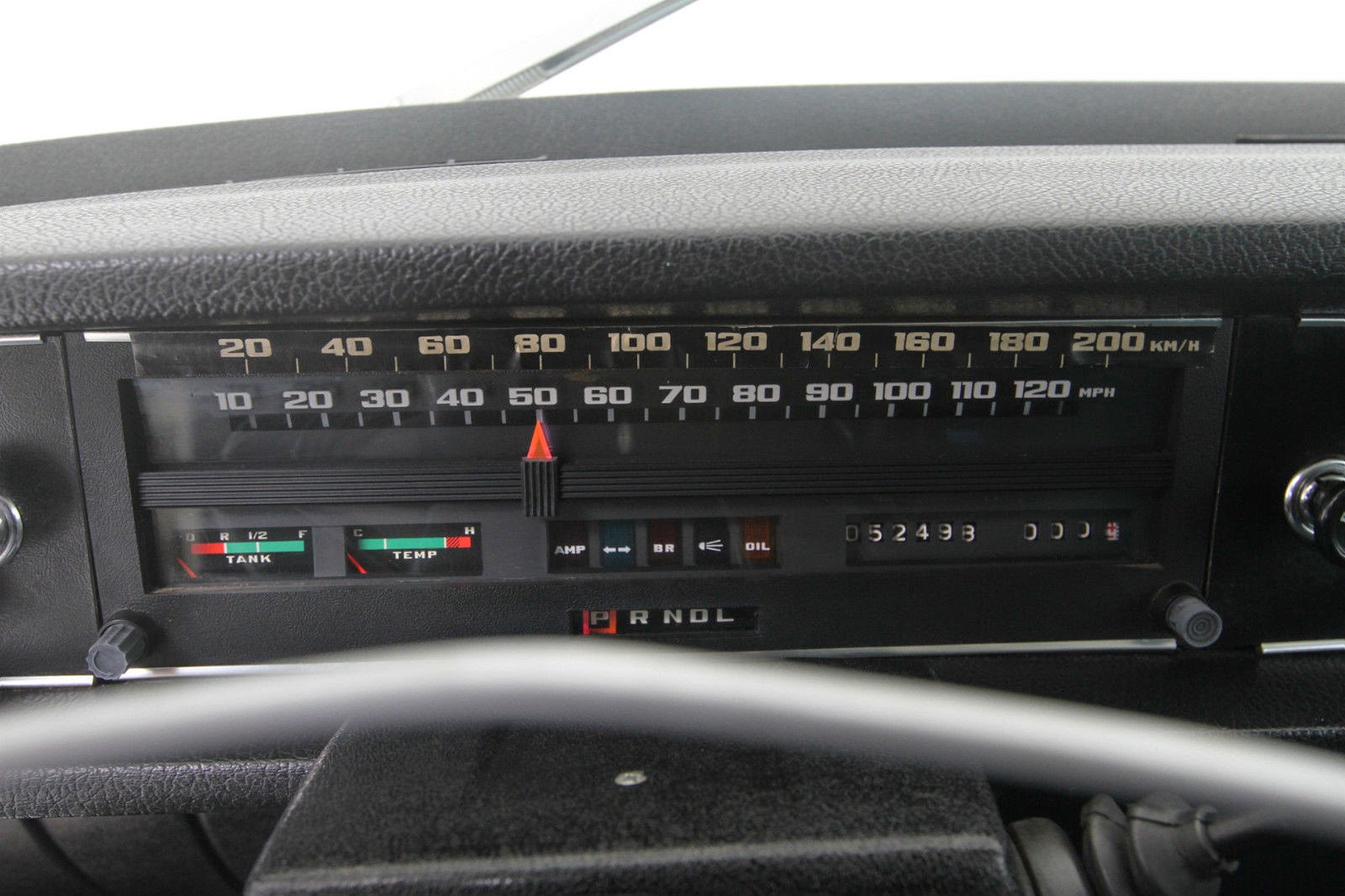 Because it is FAST?  So fast that it goes 50mph while in park.  Err…okay, that isn’t the needle, its not fast by any yardstick — that is just a handy moveable arrow to warn you when you exceed a pre-set speed (a ancient version of those annoying beeping alarms on rental cars…those should be outlawed, if I’m going double the speed limit in an unfamiliar city, the last thing I need to do is figure out what in bleep is beeping and how to shut it off) and the needle a red/orange piece hidden down below the 10 mark.  If this was my car, it’d be left at 120 mph…all..the..time. 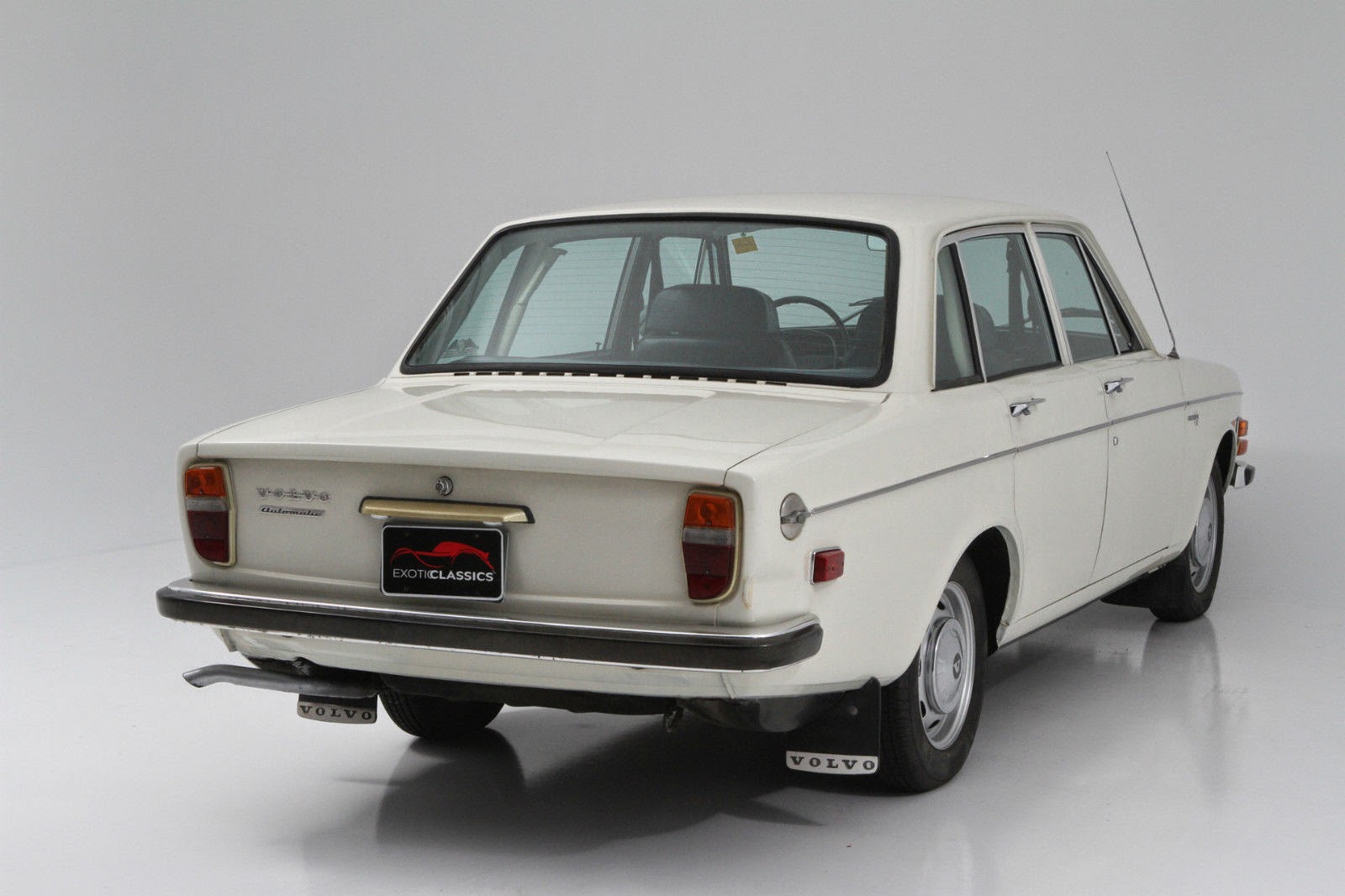 See another exceedingly well photographed classic?  Is that license plate photoshopped into the picture?  tips@dailyturismo.com