Audi never built that many of the Audi 200 Turbo Quattro Avant, so finding one in good shape for a decent price is unusual, so I didn’t expect to see another so soon after the example posted here in Dec of 2014.  The C3 body style Audi 200 was built starting in 1982, but it wasn’t until the last and final year of production (1991) that Audi installed the latest 20-valve turbo engine known as the 3B mated to 5-speed gearbox and Quattro all-wheel-drive.  Find this 1991 Audi 200 Turbo Quattro Wagon offered for $5,950 located in Bozeman, MT via craigslist.  Tip from Oldsmobuick. 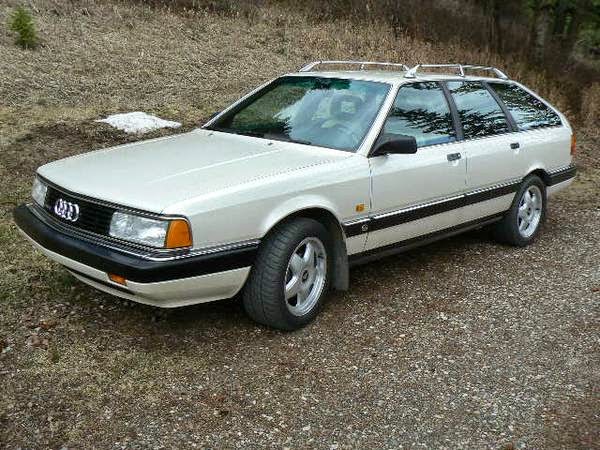 This Avant Quattro is surprisingly close to the previously featured car, same exterior color, similar miles, but it is nicer and cleaner under the hood.  However, given its location, a thorough check for rust (this is a 25 year old Audi after all…) is a must. 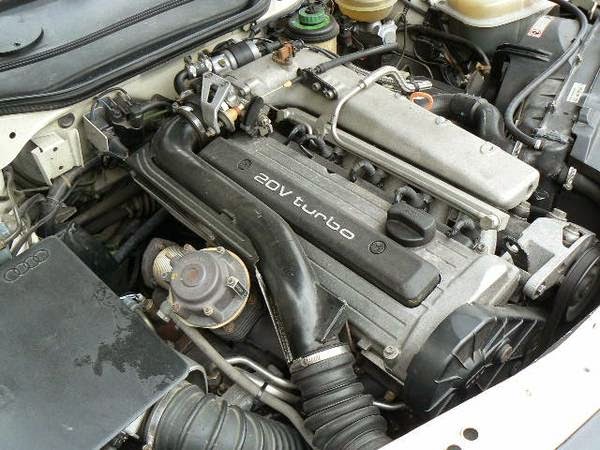 The 3B inline-5 was turbocharged and intercooled to generate 217 horsepower and 228 ft-lbs of torque out of 2.2 liters.  It was the first time Audi used a 5-valve per cylinder setup in a production sedan (you could get a 20V engine in the original Sport Quattro, but that was a homologation special coupe) and the tradition continued through the release of the ubiquitous Audi/VAG 1.8T. This it the part where I make up random technical facts about the engine, but today I will do it in the style of Tarzan.  Engine run on smelly fire water.  Me start engine with key, engine go boom when I no add dark fire water to hole in top of engine.  Engine has turbo.  Go fast. 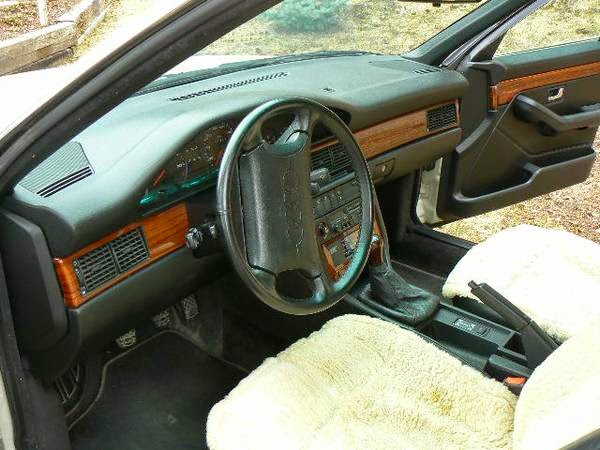 I was not able determine exact production figures, but at least one source claimed that only 149 Turbo Quattro Avants exported to the USA.  It might not have the performance of an E34 M5, or the hauling capacity of a Volvo 240, but the Audi 200 offers a certain mix of the two. 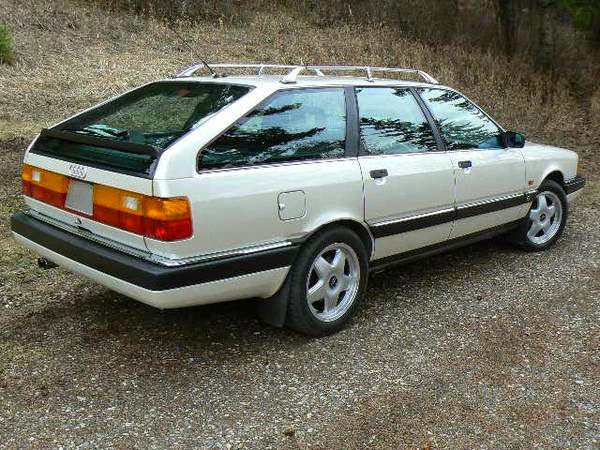 See a better combination of capacity, cool, and valves? tips@dailyturismo.com