French automaker Peugeot built over 1.3 million of its 505 sedans for
worldwide consumption between 1979 and 1999, a ridiculous number all
things considered.  The 505 was successful in the third world
where its comfortable ride over rough roads and simple front engine /
rear drive layout made the constant repairs easy for non-French reading
mechanics.  The North American consumer was slightly less friendly to the 505 as expectations for day to day reliability were much higher, and so few clean examples of the 505 remain on the road today.  Find this 1985 Peugeot 505S Wagon offered for $5,000 in Vancouver, British Columbia, Canada via craigslist. 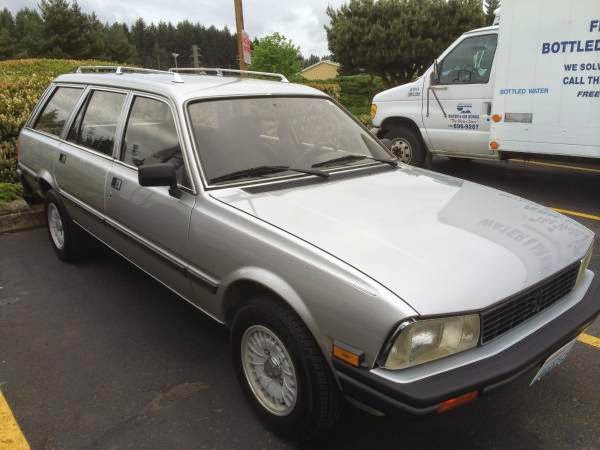 to the US and Canada in 1991, not that the newer front drive PSA offerings are missed (with the notable

exception of some of the recent hot hatches). 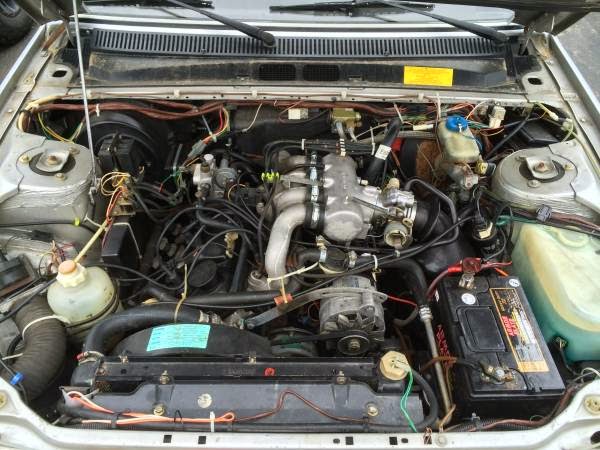 The 505S wagon is powered by a 2.0 liter inline-4 cylinder engine called the XN6 which put out 97 horsepower and 116 ft-lbs of torque.  The engine bay is a viper’s nest of wires and raises the little hairs on the back of your neck when you think about trying to debug an electronic problem. 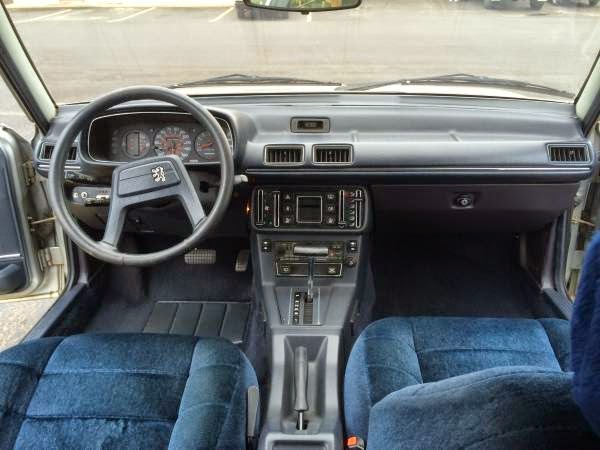 The smurf blue seats might be comfortable, but the automatic transmission will be a total snooze fest.  Acceleration with the manual transmission version will at least keep you awake, but the slushbox will be nails on the chalkboard to any driving enthusiast’s ears. 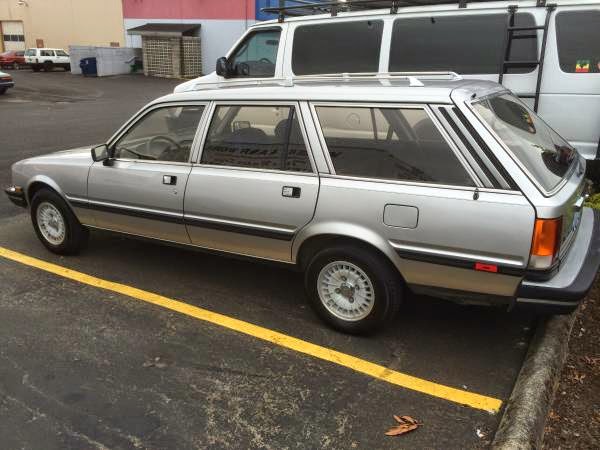