Long before Pontiac was neutered and left out to die in the 2008 carpocalypse, it was one of the brighter facets of GM’s global portfolio.  The glory days included the 1964 GTO, which gave birth to the 60s muscle car formula by sticking a huge engine in a plain Jane mid-sized chassis, and the last gasp of Pontiac brilliance (before it was turned into a badge-engineering factory) was a little 2-seat thing called the Fiero.  Find this 1985 Pontiac Fiero GT V6 offered for $3,500 CAD ($2678 USD) in Vancouver, BC via craigslist. 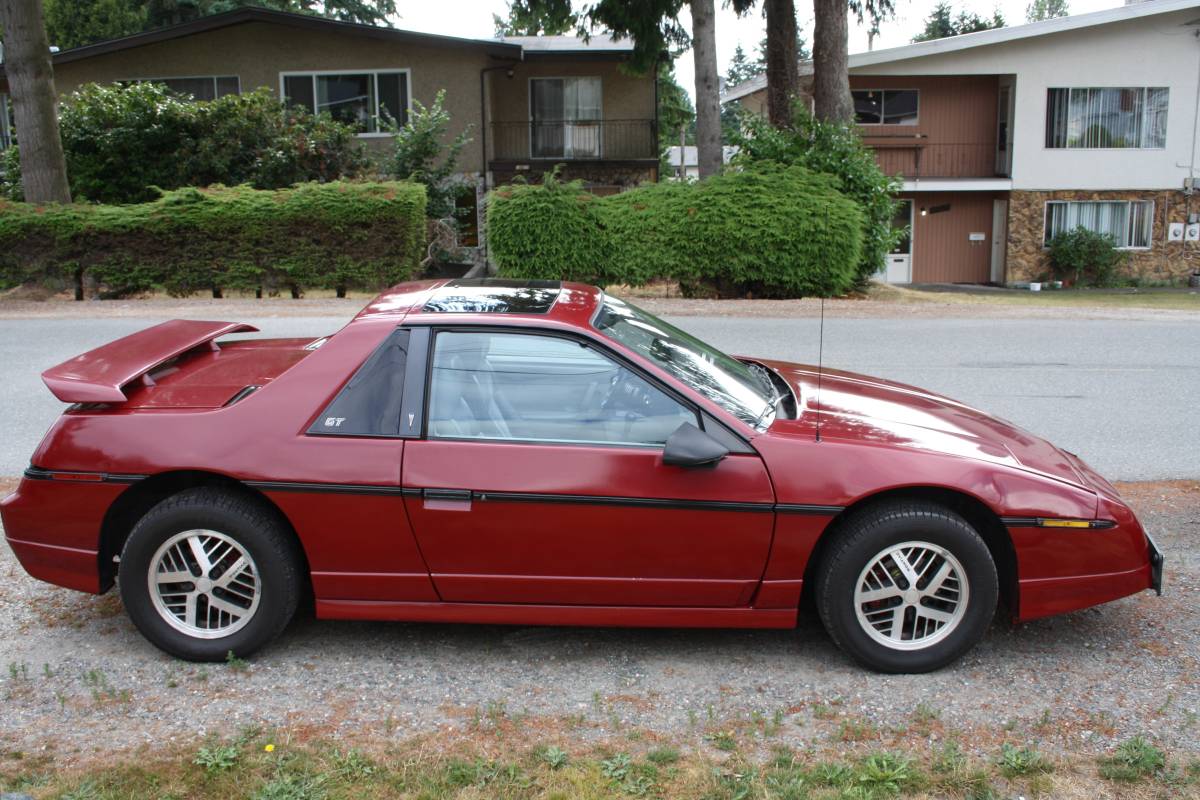 Pontiac’s slide into obscurity started when John DeLorean’s Banshee prototype (that would have spanked the Vette) was liquidated by GM brass who were intent on maintaining the Vette’s volume, market share, and most of all, profitability. The little Fiero in the 1980s was given the green light for production, but only because Pontiac powered it with the despicable iron-duke 4-banger so that it could never in a million years be considered a Vette competitor. In the end, it didn’t matter that it was constructed with plastic body panels on a space frame or that the engine was mounted behind the driver — it was ultimately a failure because GM wouldn’t let it be faster that the Vette. 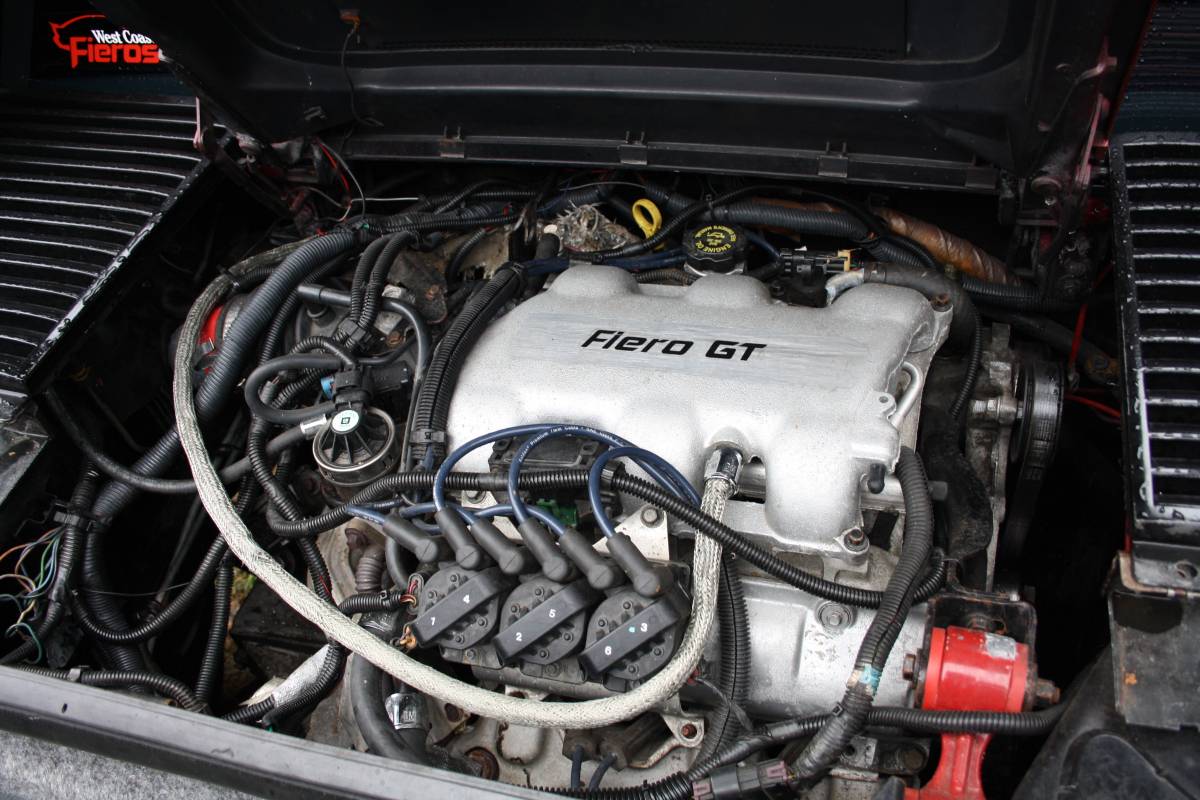 Today’s Fiero has been given an upgrade from the original 2.5 liter inline-4 or 2.8 liter V6 that would have come from the factory and is now powered by a 3.4 liter V6 from a 2000 era GM front drive sedan.  With 185 horsepower and  210 ft-lbs of torque, this little 2-door will indeed finally be fierce. 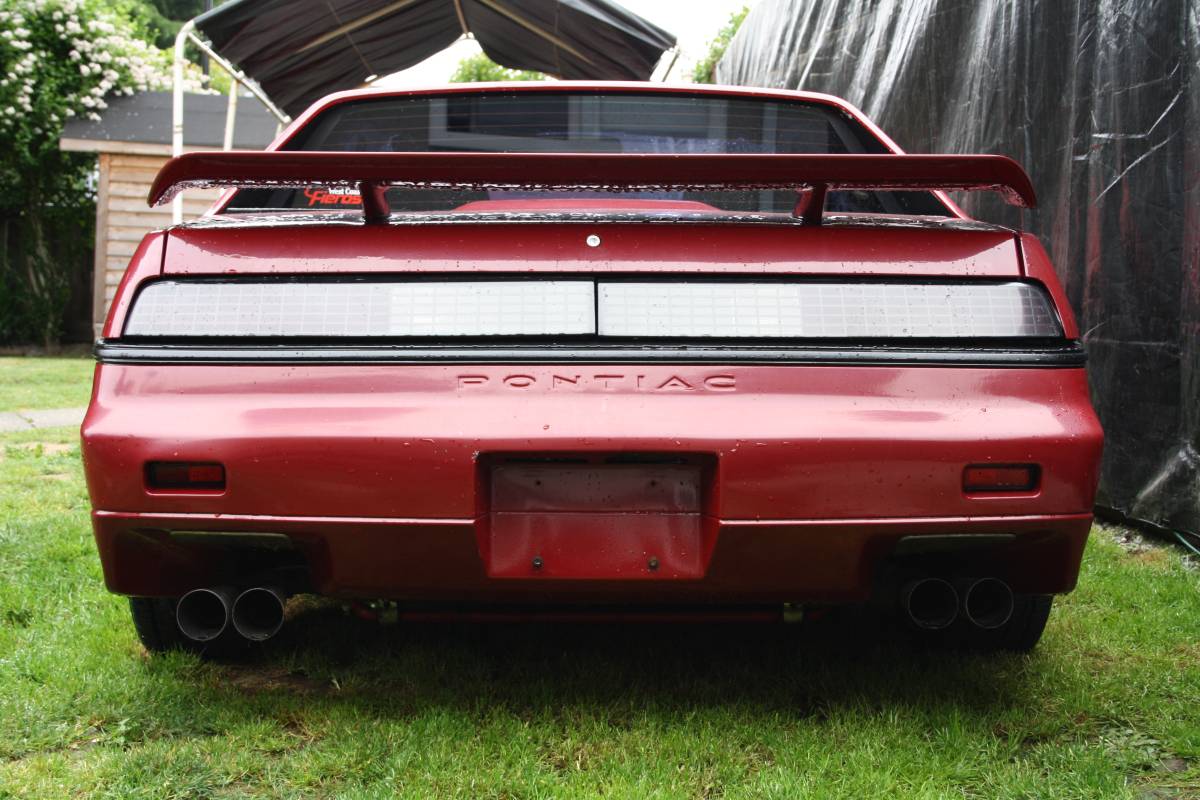