If you think the modern Toyota FJ Cruiser is cool – first of all, we agree in terms of form factor and capability, but disagree in the styling department. Toyota was trying to invoke their iconic FJ40 Land Cruiser with the chunky round-headlight design but somehow missed the mark – maybe it’s the giant sail-like c-pillars? Regardless, in terms of cool factor an original FJ40 can’t be beat. They are simple, solid, torquey and built to last virtually forever in any environment (as long as there isn’t any salty water nearby). A nice example can be an eye-catching classic Daily Turismo, such as this stock, clean, smog exempt 1975 FJ40 being sold on ebay for $18.5k Buy It Now in Santa Monica, CA. 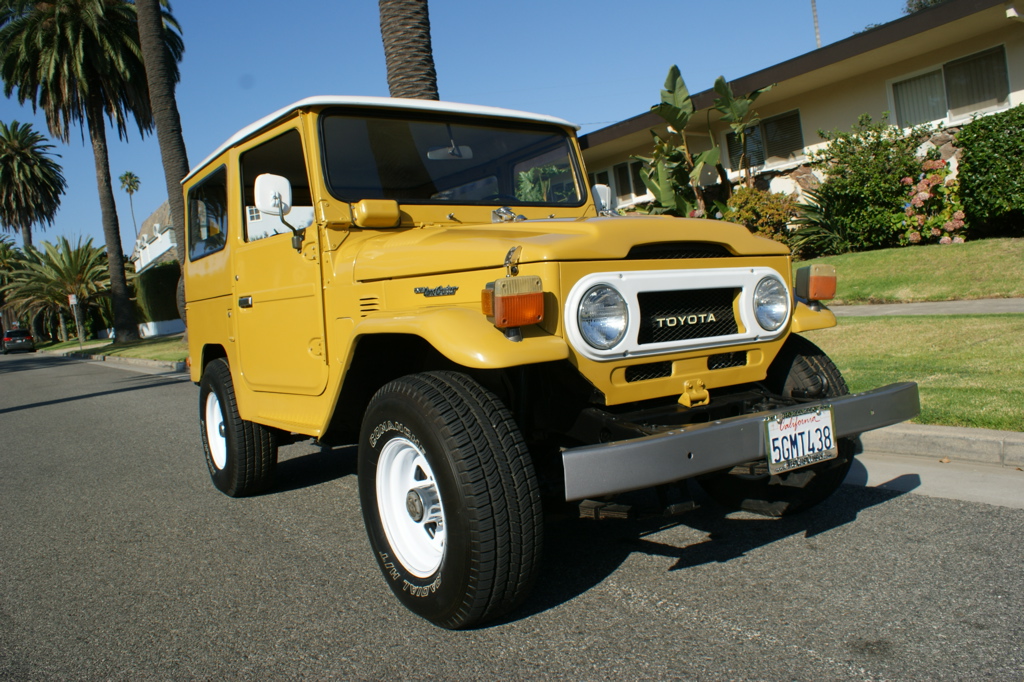 The original FJ40 is very “Jeeplike” in its construction, intended usage, and character. It’s a short-wheelbase, ladder framed tub powered by a pushrod inline six cylinder with solid axles at both ends and plenty of ground clearance. Just like the modern-day Wrangler (but unlike Toyota’s own FJ Cruiser), the FJ40 can become a completely open runabout – the roof, doors, and rear upper panels all unbolt easily from the body, and the windshield can even be folded flat against the hood for full Jurassic Park touring capability. 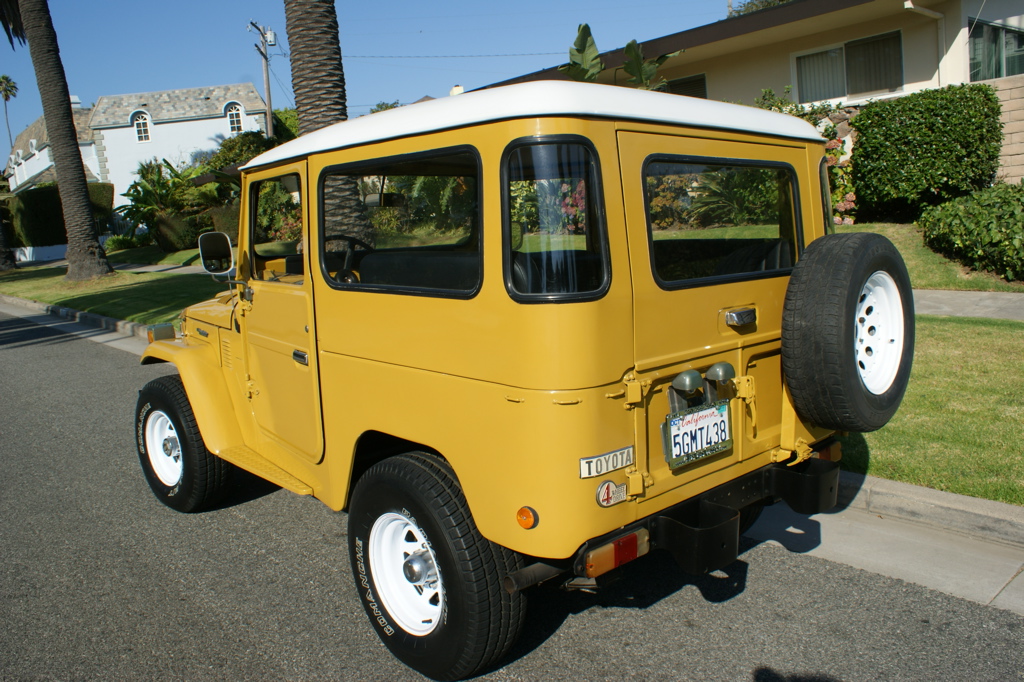 Toyota itself even acknowledged the similarities to the old American workhorse; the very first crude Land Cruiser was actually (officially) called the “Toyota Jeep BJ.” We don’t think that name would fly in today’s automotive industry, for several reasons! But by the time they introduced the FJ40 generation in 1960, a lot of the idiosyncrasies had been worked out and the Cruiser became an everyday usable vehicle that was good enough for the American masses. 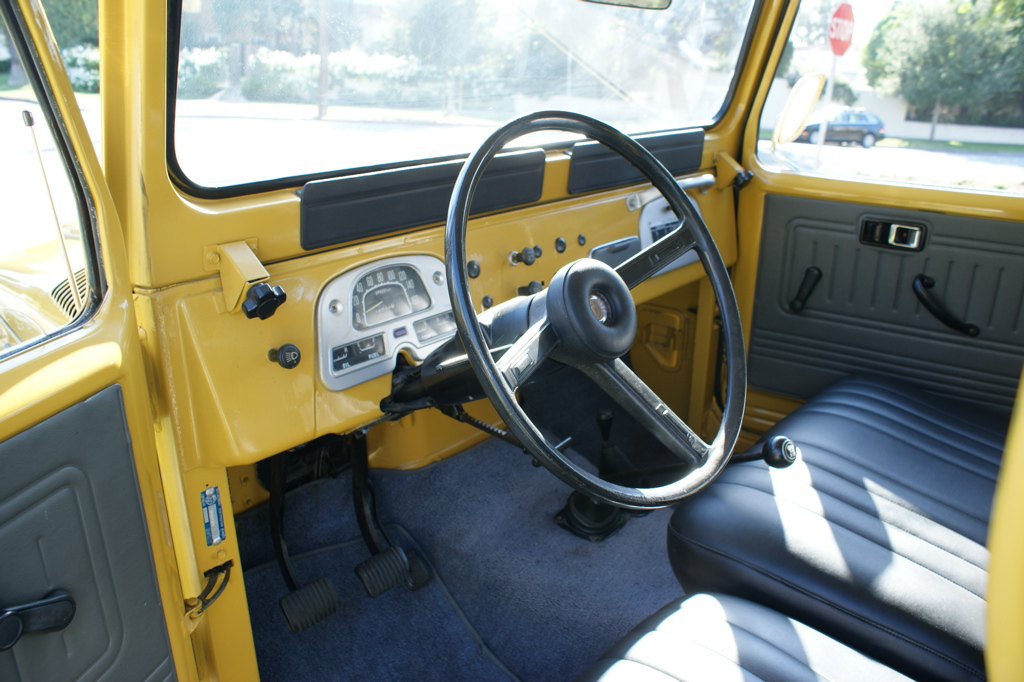 The front seat arrangement in the FJ40 is a bit odd, with its split bench/bucket layout, but it can seat three wide while still allowing the driver to adjust position independently. The controls are all simple and manual – transmission & transfer case are shifted by levers sprouting from the tunnel (as they should be), a basic gauge cluster tells the driver what he needs to know, and pull knobs operate accessories like lights and wipers. Windows are manual crankers too – why can’t Toyota sell something like this in the USA again? Oh, that’s right, it’s because we are all too fat and lazy to expend any energy rolling up a window…let alone shifting gears…who on Earth would want to do that – aren’t cars supposed to shift themselves!?! 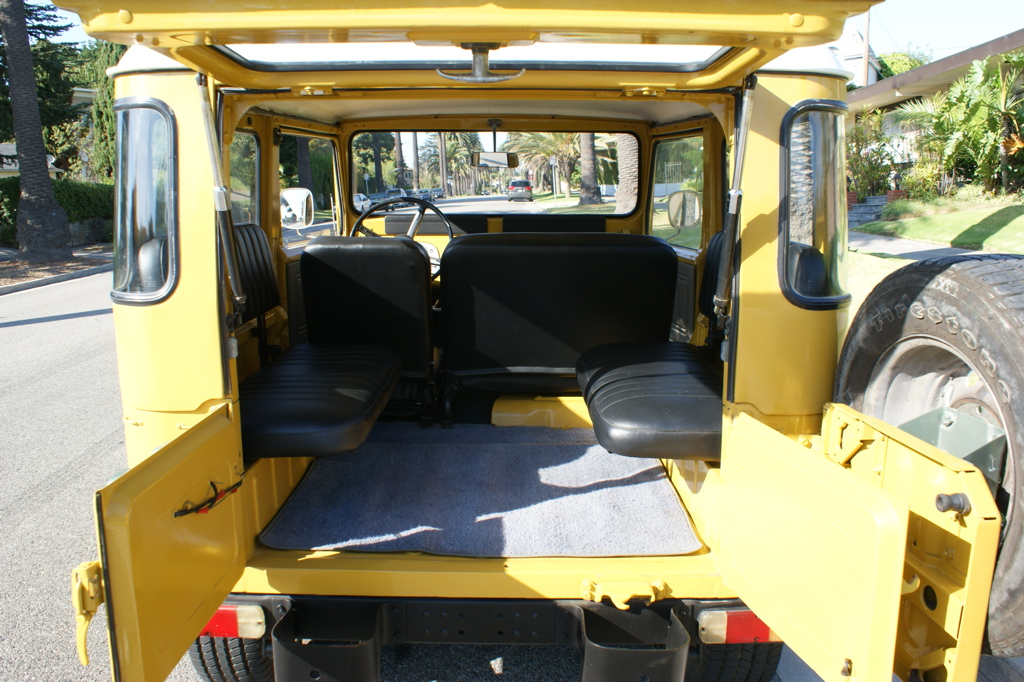 Sarcasm aside, if you desire a simple manual workhorse like this FJ40, that is probably one reason you’re reading Daily Turismo at the moment and not Consumer Reports. And hey, this thing has a few creature comforts, as in, if you have some creatures to carry they will be semi-comfortable in the rear side-facing jump seats. This wouldn’t be the best vacation vehicle for a family of four, but a couple with a dog or single parent with kid should have all the room they need for a weekend of off road adventure. 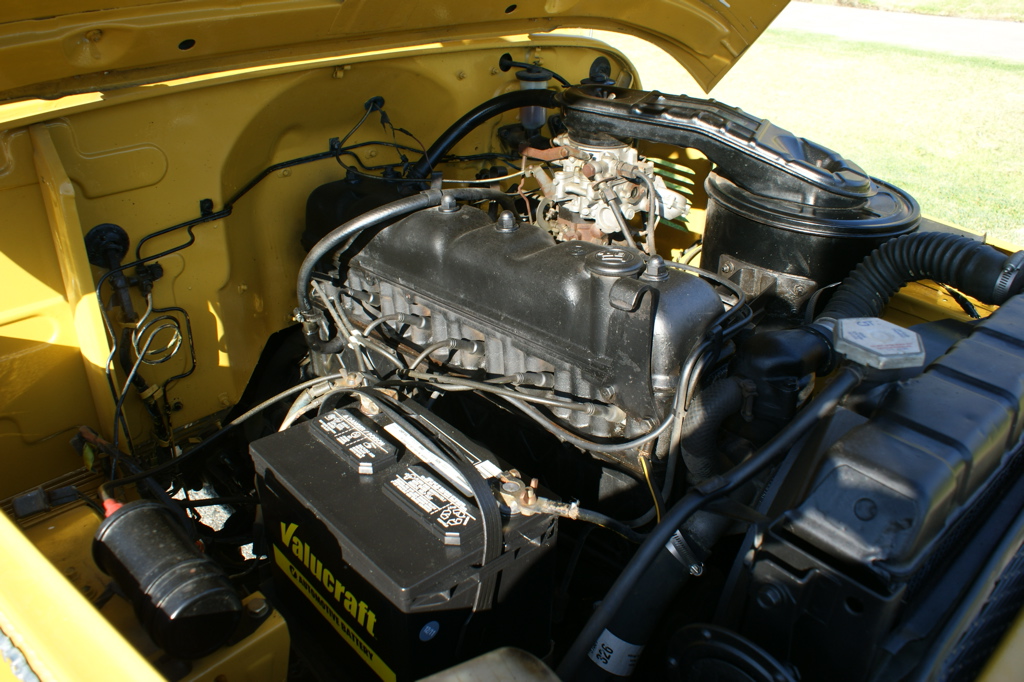 This particular ’75 is super clean inside and out (and no, we didn’t intentionally try to feature two mustard ’70s vehicles on consecutive days – there’s just something about that color that looks right on a boxy body). The original “2F” 4.2L inline six looks like it has been recently refreshed, or at least repainted, and should serve many more years of faithful trucking if it has been maintained. Toyotas still need maintenance – contrary to popular belief since they are so durable – so don’t forget those oil changes and valve adjustments and you’ll be a happy camper.

This ebay seller is obviously a dealer/flipper, but we’d entertain this Cruiser anyways if we were in the market because most of them have been unceremoniously beaten and modified by now, and its rare to find a reasonably priced stock example that looks so good. There is a strange tag on the doorjam from CA DMV; a “replacement identification number” has been assigned and there’s evidence of paint work around it – so we’d ask the seller “what’s up with that?” before buying.