The V70 was a mid-sized wagon from Volvo, the V standing for Versatility and the 70 falling into Volvo’s Ford ownership era naming standards, a basic designation for size.  In the second generation (2000-2007) the standard V70 was a typical front-drive snoozer, but the R version was a real treat for enthusiasts, equipped with a 5-cylinder turbo, 6-speed manual gearbox and all-wheel-drive.  Luckily for penny pinchers and poor folks alike, the mid-sized luxury wagon category isn’t exactly known for being depreciation proof.  Find this 2005 Volvo V70R 6-spd for sale in Wellington, NV for $9,000 via craigslist. 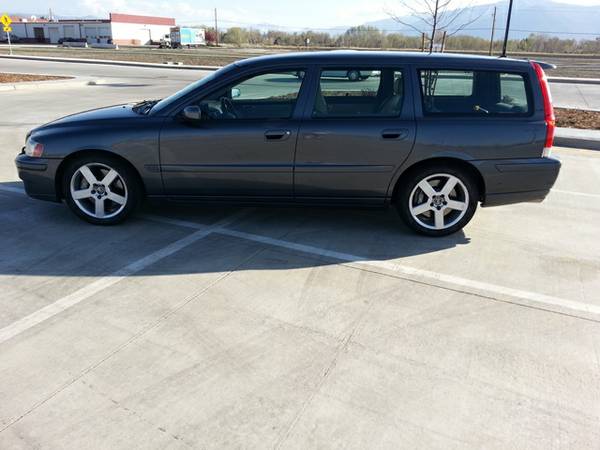 The V70R is powered by a 2.5 liter inline-5 B5254 engine that puts out 300 horsepower and 295 ft-lbs of torque.  Power is routed via a 6-speed manual gearbox to all four wheels and braking is accomplished via dinner plate sized Brembo brakes.  When new the V70R cost almost $40k USD making it a natural competitor to the STi/Evo, but don’t expect the 3700 lb wagon to have the same visceral thrill of the Japanese rally-bred machines, as it eschews raw speed for ride quality and refinement.  Regardless, the V70R is a good competitor to Volkswagen’s R32 or the Saabaru 92-X and will hold its own against those two cars in speed and usability. 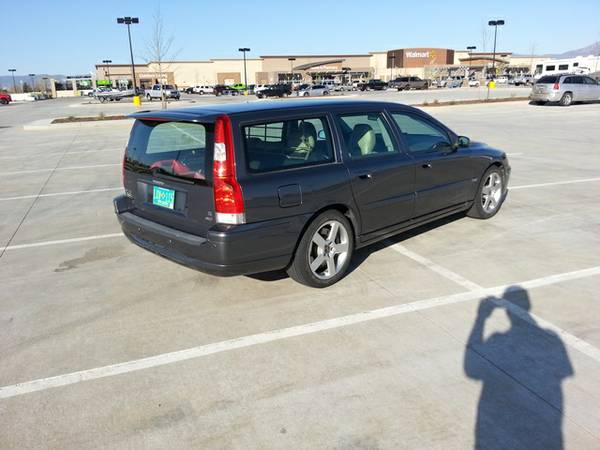 This one looks decently clean and well enough cared for, but we have to wonder about the gas cans shown in the cargo compartment. Does the wagon go up in flames if it doesn’t sell? Either way, it’s a 6-speed manual which is fairly hard to find in a V70R; slightly easier in its S60R sedan sibling. 140k miles is pretty average for what is likely a 9-year old car, meaning almost 16k per year. For a daily driver that can seat five plus the dogs, this one should be fairly entertaining and get you up to the ski cabin with no issues.