This next post is dedicated to the memory of Leonard “Route 29 Batman” Robinson who died in a freak accident last month, but not before he brought cheer to thousands of sick kids in his Lamborghini– read more on the NYTimes here. The appeal of the Batman is that he is just an ordinary guy.  He isn’t some radioactive superfreak or a traveling alien from another planet — Bruce Wayne is just a citizen who sees injustice and dons a cape to fight it…well that isn’t entirely true because Bruce is also a billionaire recluse…but if you want to start living the bat-life, you won’t find a cheaper way to get there than this 1991 Ford Festiva offered for $1,000 near Gotham City Auburn Hills, MI via craigslist. 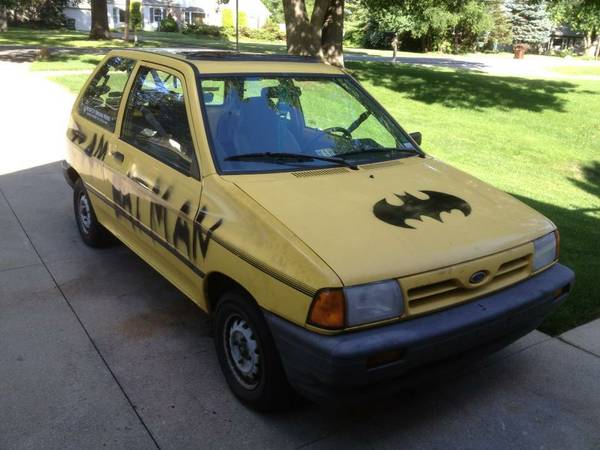 You’ll need to be a bit of a joker to drive this thing, and the I AM BATMAN rattle canned on the side is the only over-the-top aspect of the build, if you ask me.  It is equipped with a 5-speed manual gearbox and will return fuel economy of 40mpg — not bad for a car that costs about as much as a new iPhone6 S Plus. 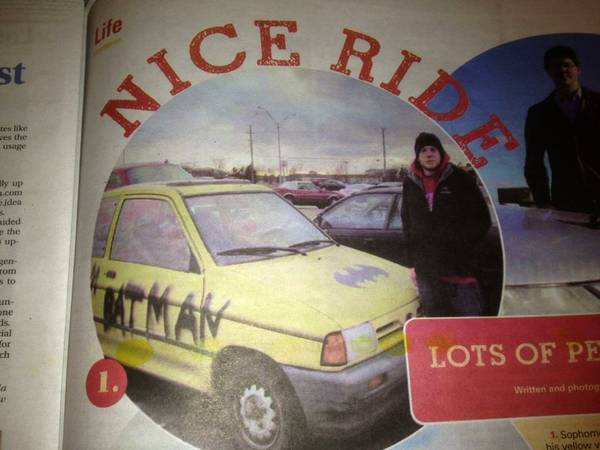 Apparently the seller was featured in the lifestyle section of some local magazine, and you know what they say about any press being good press…but that is a load of crap; just ask Josh Duggar. 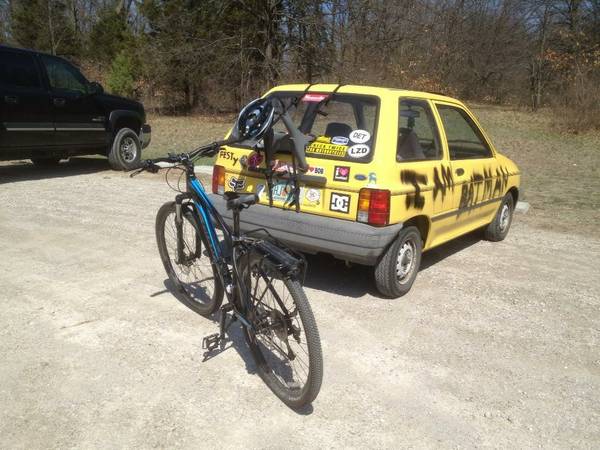 The little Kia-based hatchback is about the humblest Batmobile extant – but a Batman in training’s gotta start somewhere.

See a better car for adding to your custom Batmobile collection? tips@dailyturismo.com