by Matt — Today’s LS swap is the small block swap of the 90’s. Back in the day of the Trapper Keeper, every third rear drive import that needed a head gasket got a 350 out of whatever conversion van was sitting in the yard. Often times, the SBC (small block Chevy) was only a marginal performance improvement over whatever came out but at a fraction of the cost repairing the bricked ‘furrin’ motor. Here we have an XJS sitting on some wires and you guessed it, it’s small block swapped. Find this 1989 Jaguar XJS Convertible w/ SBC offered for $2,800 Savannah, GA via craigslist. 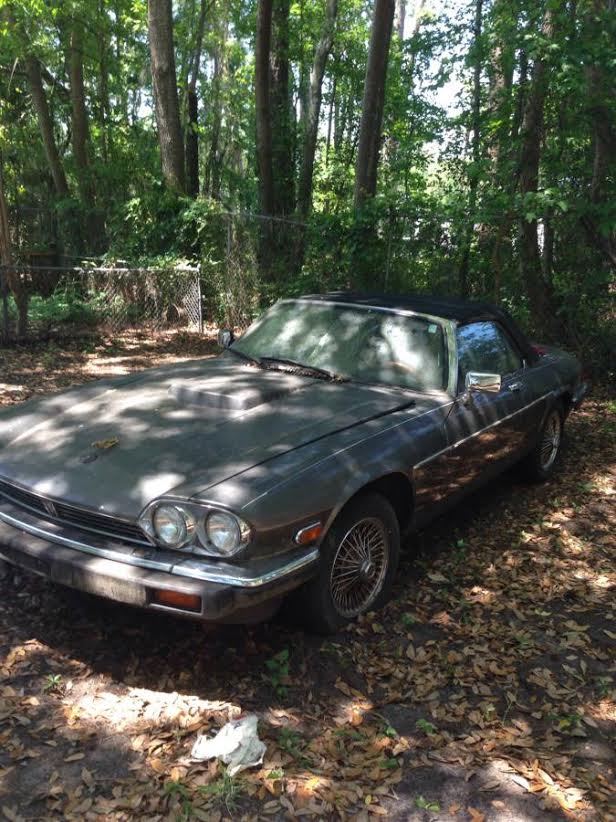 Judging by the leaves packed around the cowl, this cat has been hibernating for some time, however, it is claimed to run and importantly said to be very fast. Who knows what’s going on with the tank and the pump but the seller says it needs new ones prior to making big smoky #11’s in downtown Savannah with the top down. Aside from the hood bulge, the body looks very straight. Rust isn’t usually an issue in this car’s native ground so it shouldn’t be an issue unless it was parked in a low, salty area for a long while. Luckily, all of the chrome still gleams brightly which will be important for looking all rich and classy ‘n’ stuff. 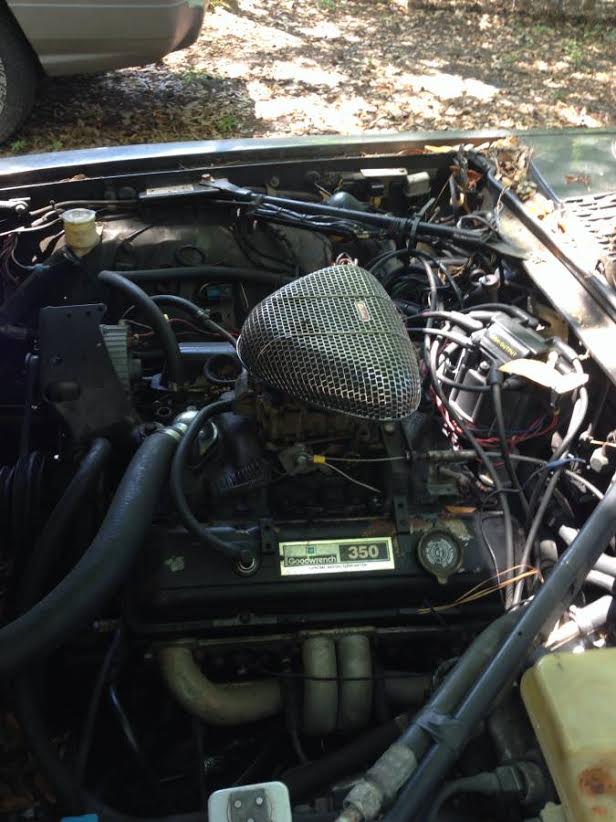 The motor looks clean and seems to fit well – there were several kits available at the time to get this done so it’s rare to see these hacked together with angle iron and rebar. The car appears to use the lipped Jaguar V12 exhaust pipes, which is a nice touch. Let’s hope there are some glass packs behind those tips, though. Given many of these Jags had Turbo 400 transmissions behind their stock motors, the linkage setup is pretty easy to keep the stock shifter in place and make things look civil inside, if that’s your thing. Furthermore, an XJS with a high stall converter and spool diff would turn some heads. 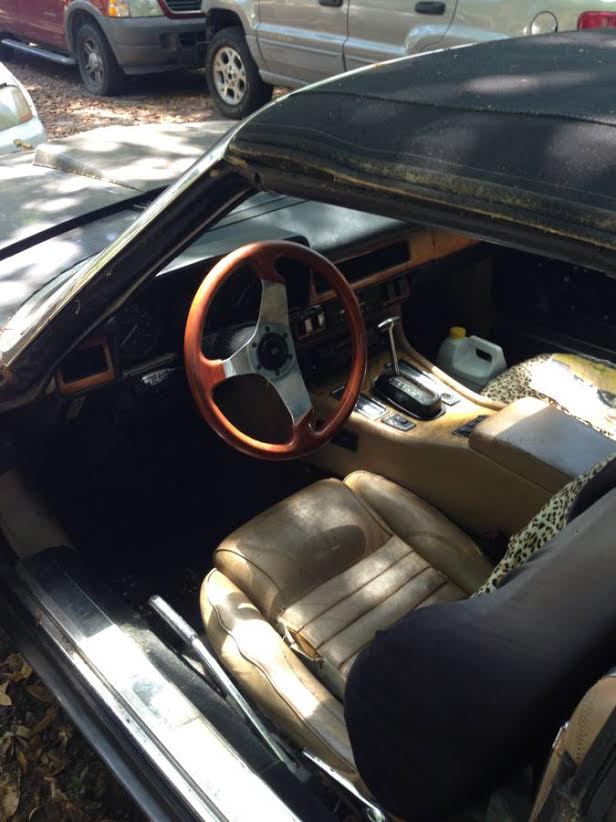 The musty smell of the interior hits you as soon as you look at the photos and you might want to remove those leopard print seat covers with a pooper scooper and gloves. There are probably some sealing issues but the top looks like it serves its primary purpose. But that thing damn well better drop when you push the button or the deal is off. 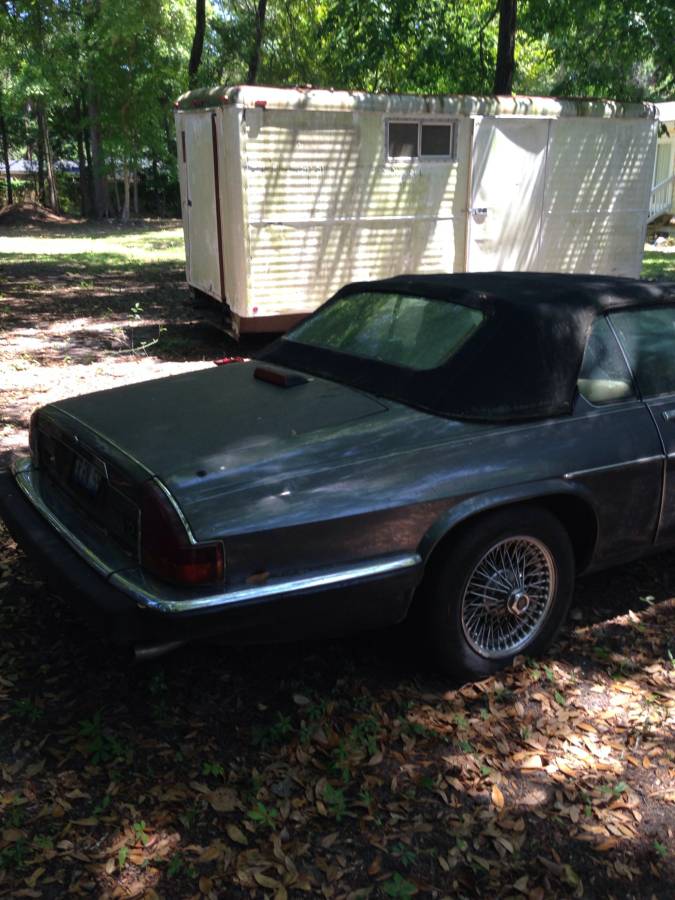 See a better way to look like a 90’s strip club owner? tips@dailyturismo.com