Wurst, Cars: My blitz through the BMW Museum

Wurst, Cars: My blitz through the BMW Museum – by Kaibeezy.

Last week I spent, um… yeesh, about 20 hours in transit for a 3 hour meeting in Munich. By the time you add up the 3-hours it should have taken to get to Edinburgh, then the extra couple of hours it *did* take due to all the construction, plus waiting around in the airport twice, 5 hours in the air, taxi and S-Bahn rides, bit of walking, and then the convenient but mediocre hotels, it’s not glamorous jet-setting by any stretch. That said, there were a couple of highlights, things Munich is famous for and didn’t disappoint: cars and food. 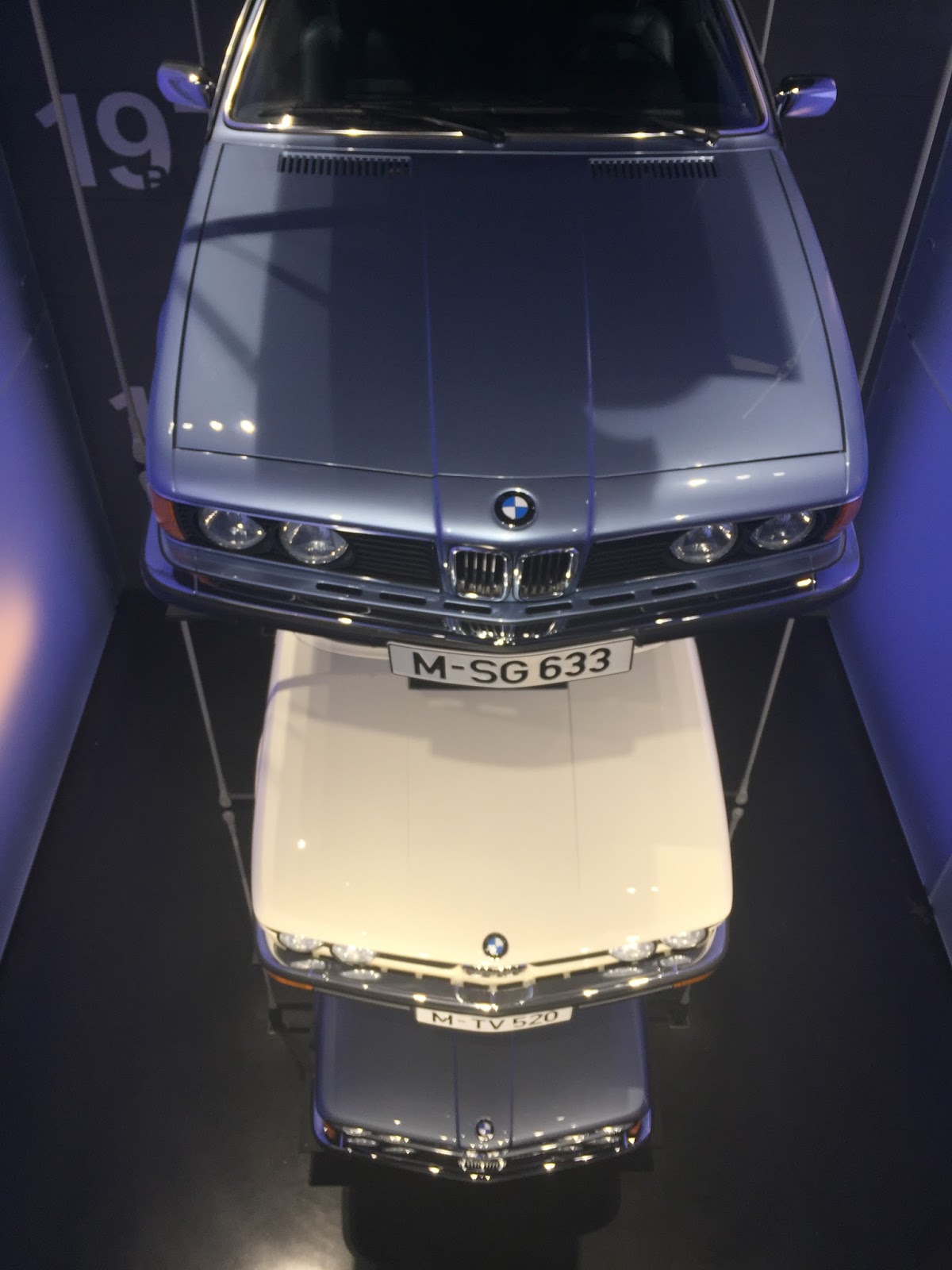 You’d think it would be an all-BMW town there, but the taxi ride from the airport was all-Mercedes. Zamir, my driver, explained that while BMWs are very nice, they only last 100,000 kilometers as taxis, whereas he expected his brand new W212 E350 to last for 300,000 km or even 500,000 km. That makes all difference to an independent driver, and explains why 4000 of the 4500 taxis in Munich are Mercedes. Looking around, it’s clearly true, but for the occasional Passat or Prius. Then he proceeded to put his foot down, down, down, and pretty soon we were at 200 kph. At that point, jowls flapping, I texted Vince to ask what that was in mphs. “120 – don’t crash – odds of survival less than Sputnik.” Super. Smooth roads though. [basically this ]

The next day, I was done with my meeting by lunch time, which left the afternoon for the BMW Museum. First stop, this very traditional beer-and-wurst institution near Marienplatz, Andechser am Dom.  Lunch was a perfect selection of sausages — spicy Nuremberg, mild bratwurst, and Wagyu beef from their own farm — plus perfect sauerkraut and potatoes, hot mustard and fresh pretzels, washed down with their own chilly Andechser Vollbier Hell. Is there a better lunch? 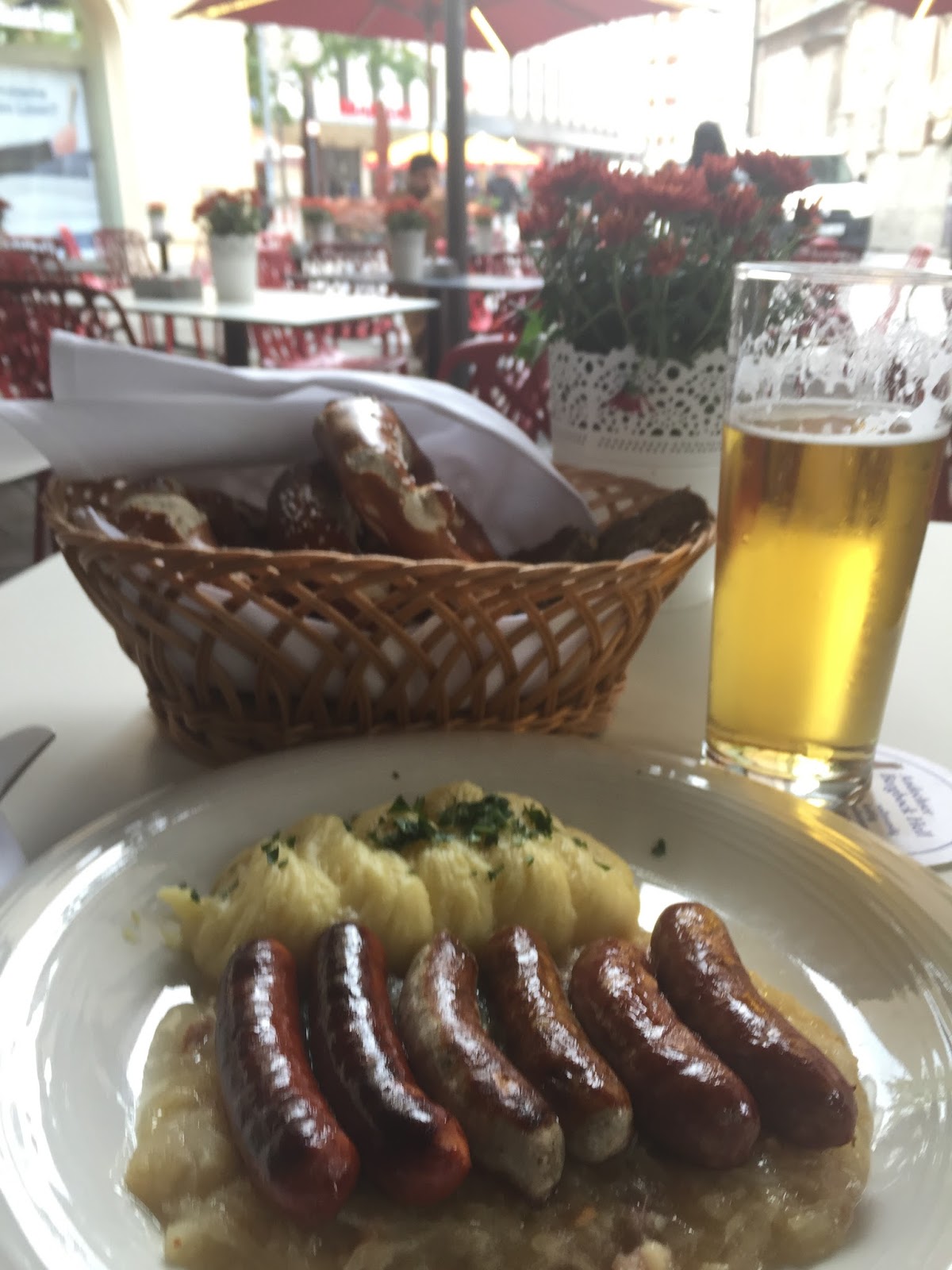 Then, down into the S-Bahn for the trip to Olympiazentrum and BMW Welt. The entire transit system is clean and modern, the trains are silent and have huge windows, the ticket machines make sense and all seemed to be functioning. It’s almost like they made an investment in infrastructure or something. Nah, that wouldn’t work. Popped up a few minutes later and there it is. Impressive. [imgur photo] 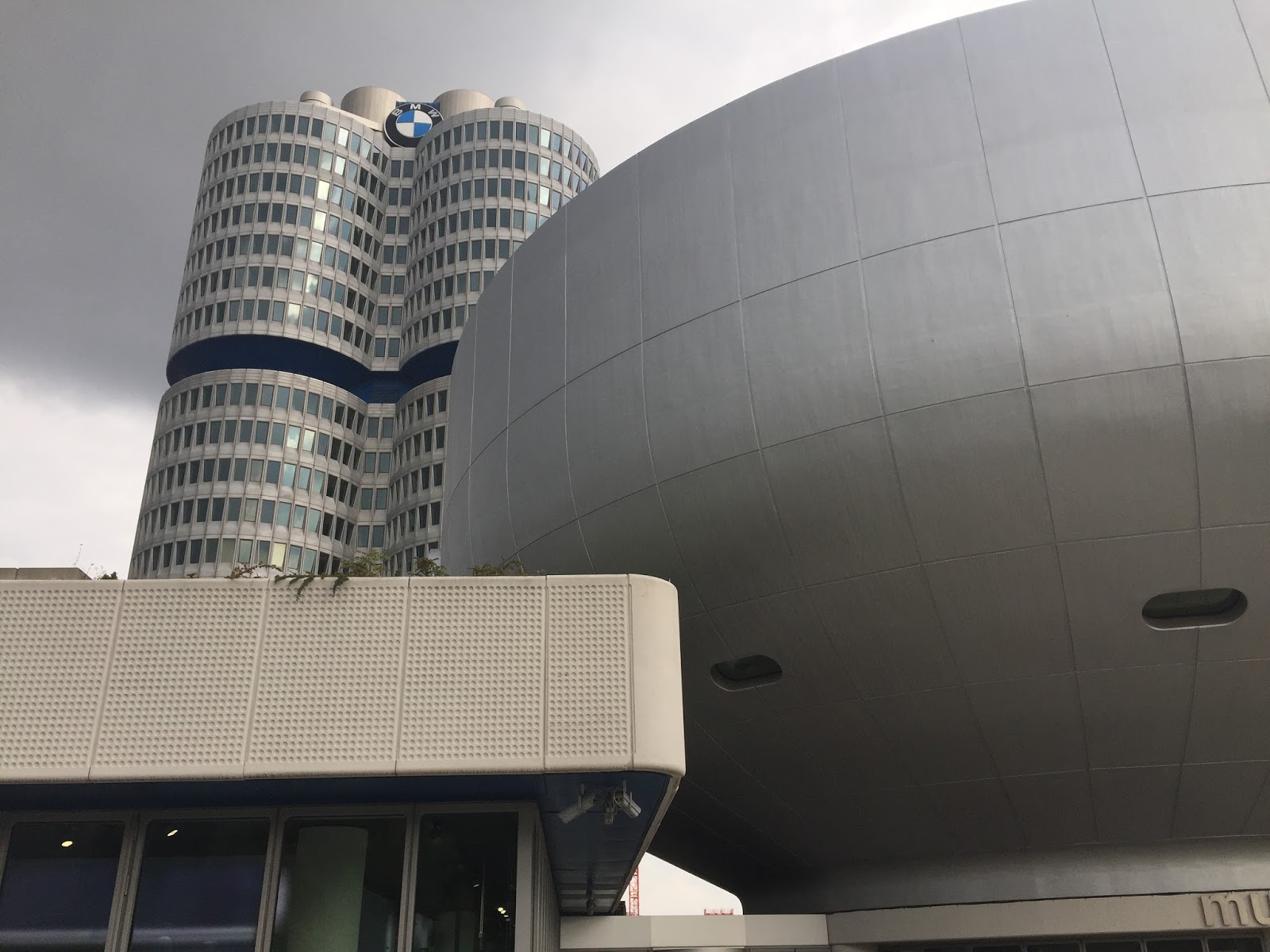 I will let the photos do most of the talking. I didn’t have a lot of time, wasn’t particularly journalistic about it, just shot what caught my eye, and I couldn’t even tell you what some of them are, so it’s kind of a whatsit quiz. The comments would be a good place for trying to identify the ones where I got neither the badge nor signage. Sorry about the several fuzzy photos — the lighting in there was intense and the iPhone’s little focusing algorithm got verklemmt. 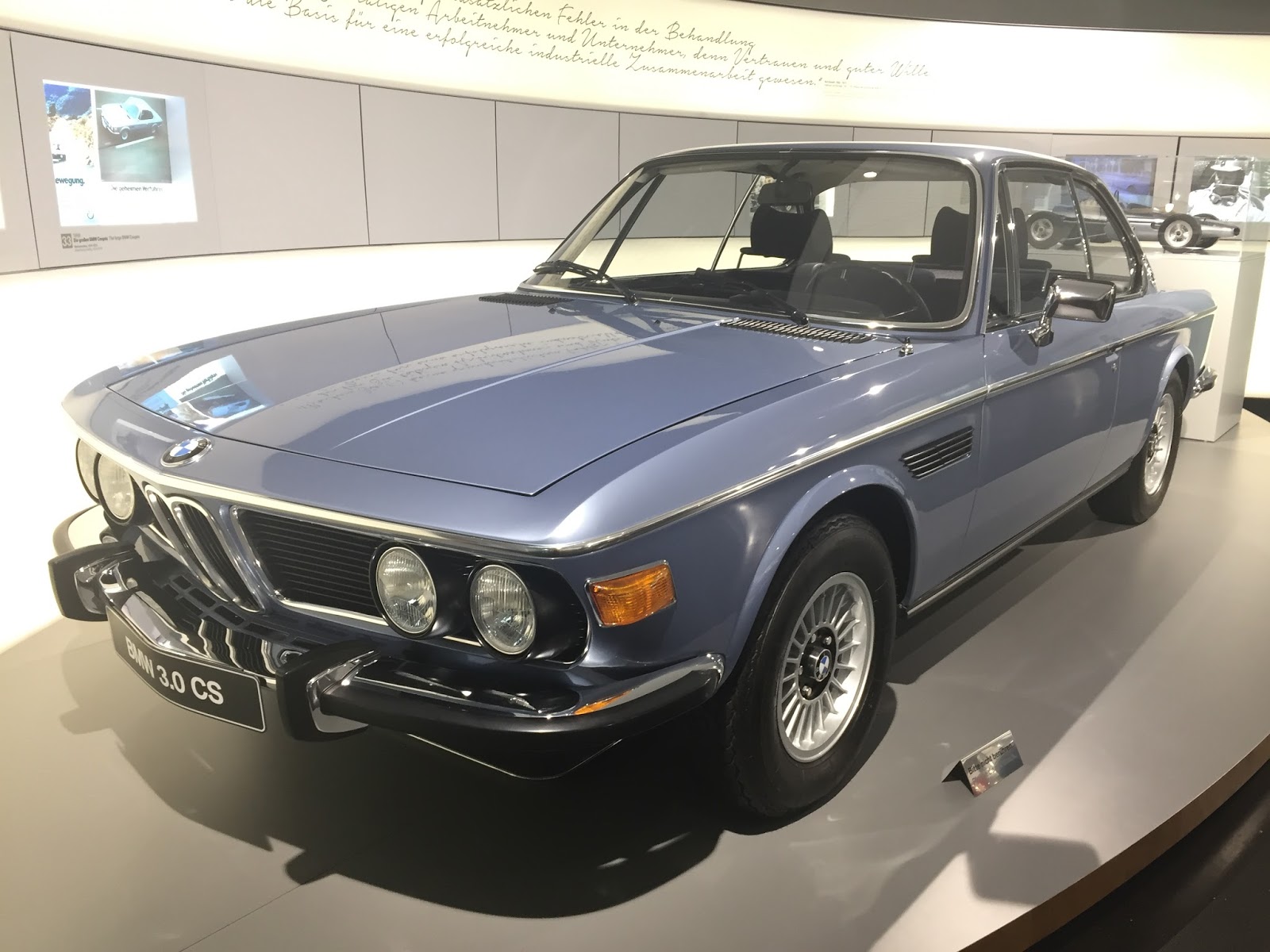 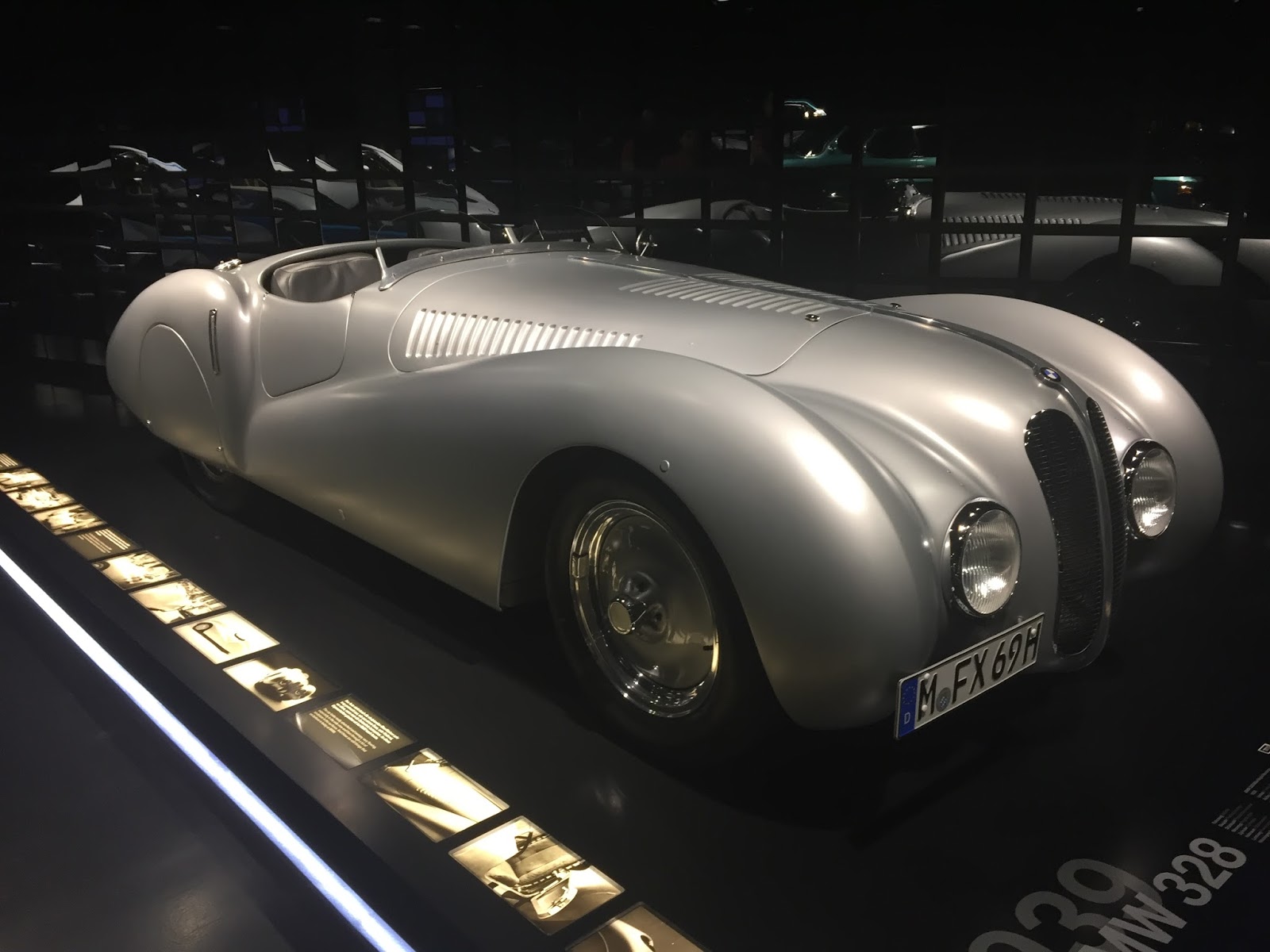 Bottom line? There’s no fluff in the meat of the BMW ouvre. It’s all very purposeful and mostly style-free… until recently. I can’t even tell you if there was anything production from this century in there, didn’t even notice. 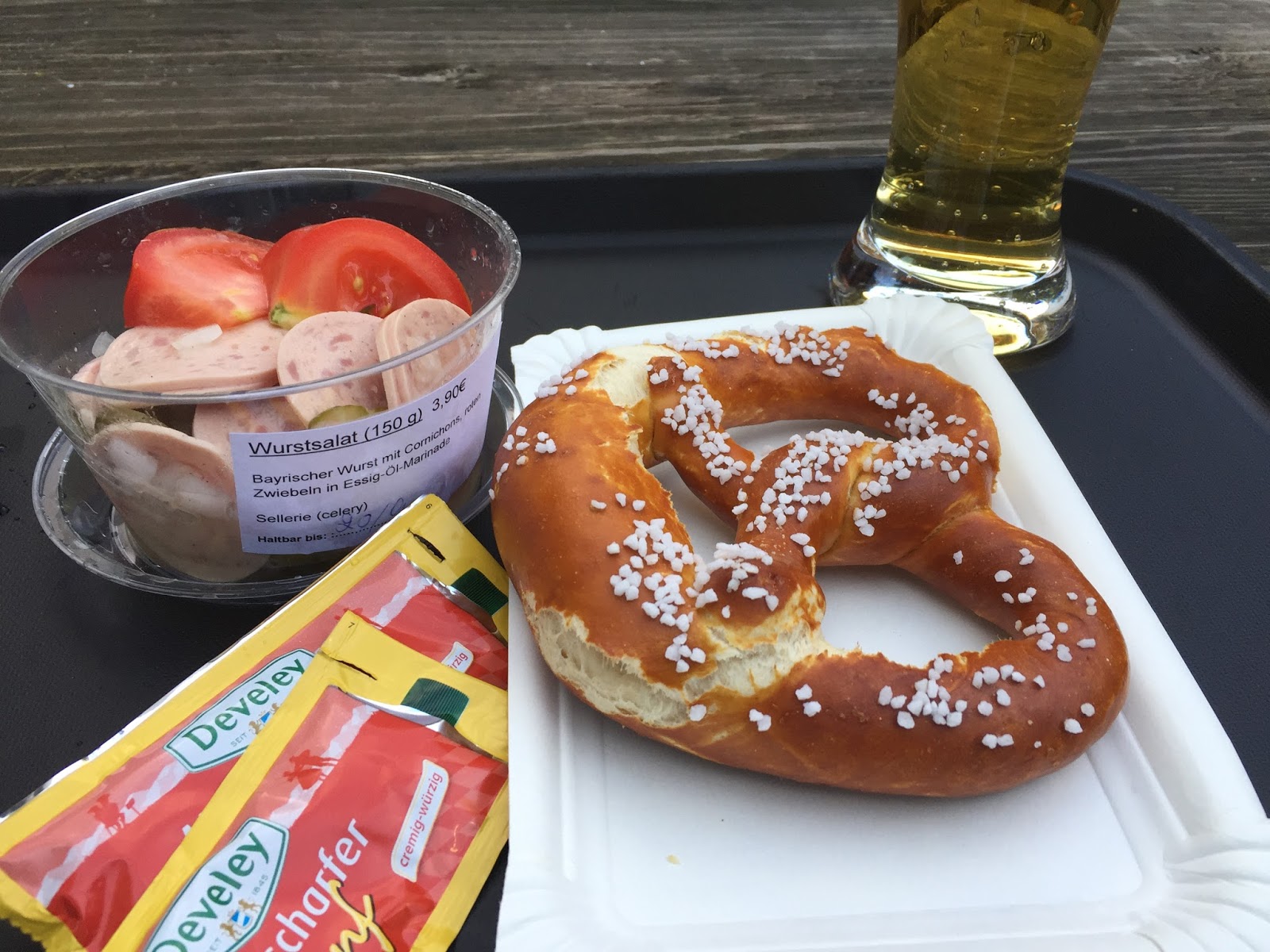 Off to the airport. Mmm, wurstsalat.

See the full gallery of pics here on imgur.