A wise man (Confucius) once told our seller, “all you need is a small block Chevy, Powerglide trans, and a 9″ rear end.” The 1979-1993 Fox body Mustang was most well known for the 5.0 302 V8 EFI engine.  However, today’s Mustang bucks the ever popular LS engine swap for a decidedly old school 400ci small block Chevy.  Find this 1990 Ford Mustang for sale in Greenwich, CT for $15,000 via craigslist. 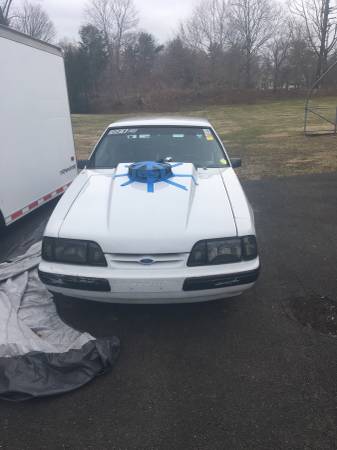 This white 1990 Mustang with the blue painters tape holding down the air cleaner poking out of the hood is claimed to be capable of running 10 second 1/4 mile times all day long.  The car is very clean and has had the following mods: Powerglide trans, 9″ rear, Dart block, Msd, megafuel pump, DaVinci carb, trick flow heads, and Weld rims.  The asking price is 15k, but seller notes you might be surprised at what you can get the car for if you bring cash. 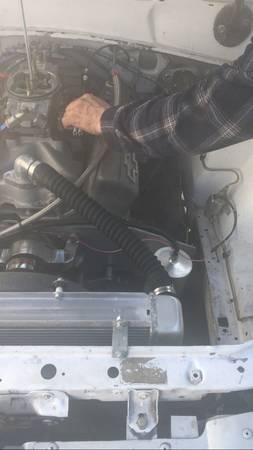 The most fun part of the advertisement comes at the end where the seller preaches his Craigslist selling credo, “This is how this works, you text me and say when can I come look at the
car, then I’ll answer all your questions in person! I am this way
because people suck! People have made me this way that’s why I don’t
take phone calls and it’s text only so I don’t have to deal with
annoying people who like to talk about there cars, offer you half your
asking price, tell you there are coming and never show up! So people
please understand why I am the way I am, I’ve been tormented by all the
car world dreamers!” 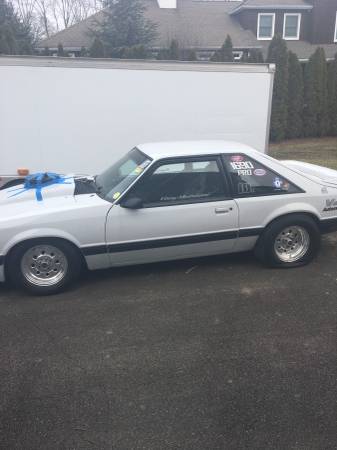 The sad irony of the seller pontificating about CL tire kickers is that he posted such terrible potato phone pictures in the ad.  The photos were a rookie move that takes away all internet points gained from his rant on negotiating and flakey buyers. 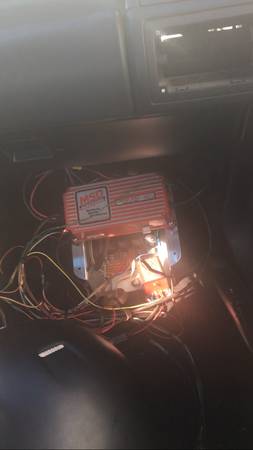 Cory is making some progress on his 1995 Mercedes C36 AMG project car.