The Fox-body Mustang is quickly approaching the era of reckoning when the surviving examples become sought after collectibles or recycled refrigerator magnets.  If my market thermometer is in the least bit accurate, it appears that the nicer original versions are starting to demand more money, but that doesn’t mean you shouldn’t swap a Coyote 5.0 V8 into a beater and go have fun.  Find this 1985 Ford Mustang GT Coyote 5.0 V8 offered for $14,500 in Dallas, TX via craigslist. 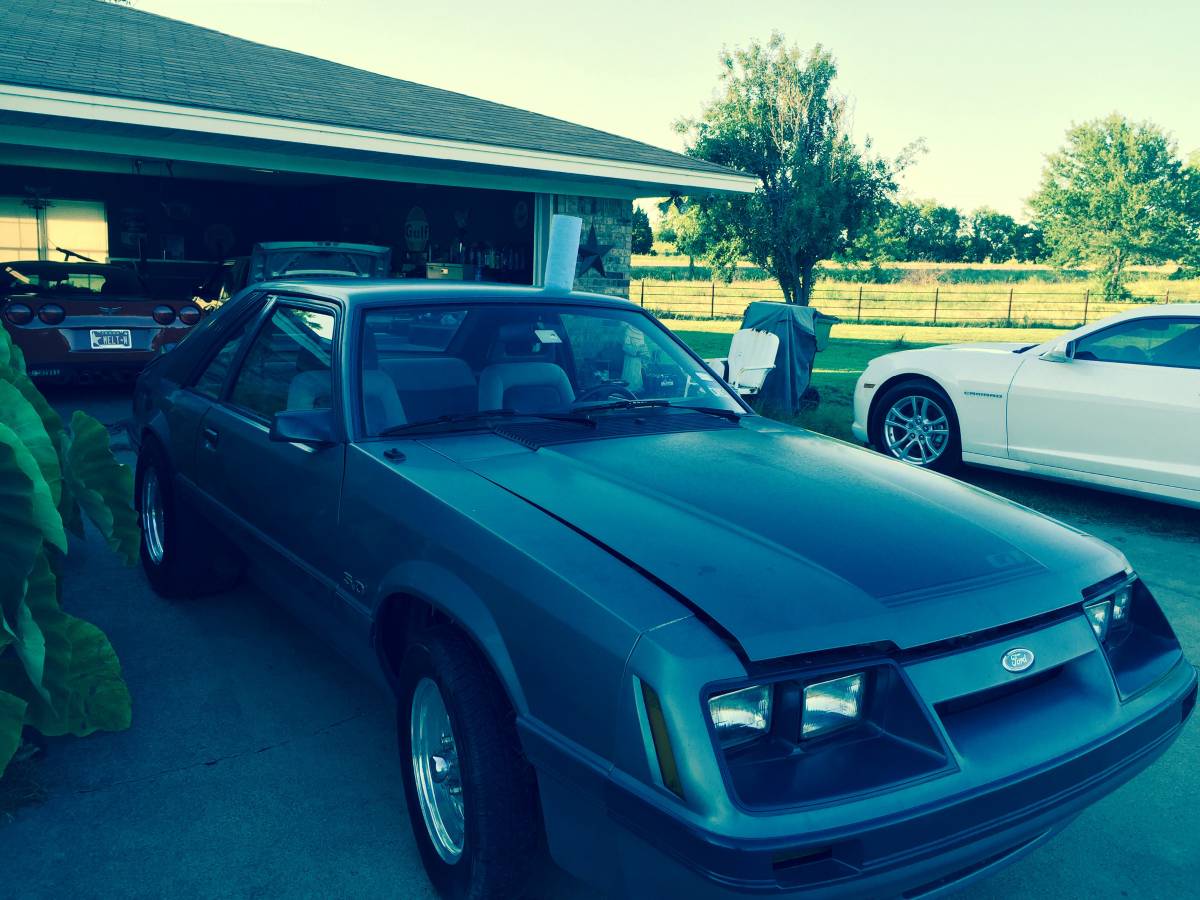 The fox may be known for its cunning and cute ears, but the coyote is a slightly smaller relative of the gray wolf and would eat a skulk of foxes for breakfast and another for dinner.  This Fox Mustang has been given a set of new teeth — just take a look under the hood. 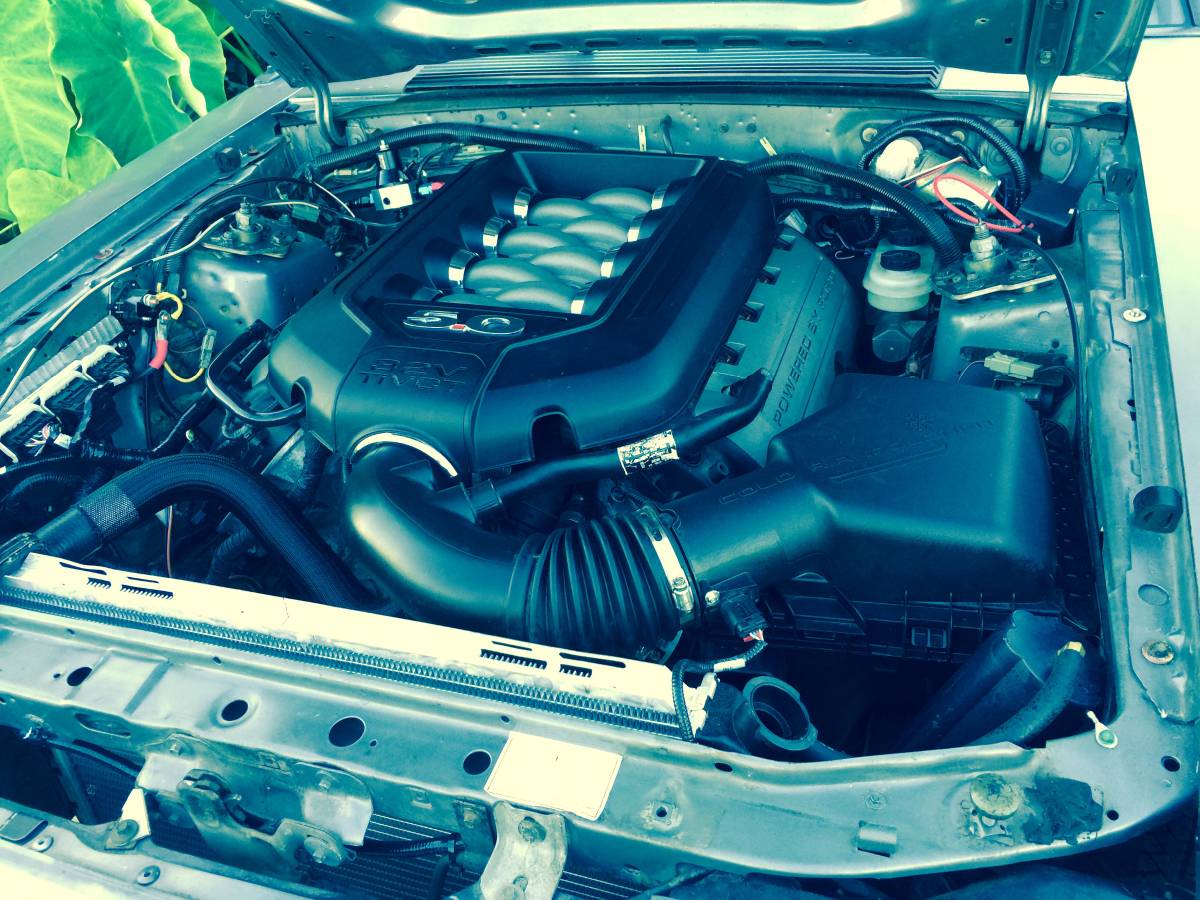 Gone is the original 225ish horsepower 5.0 liter pushrod V8 and in its place is a 5.0 liter DOHC beast of a thing known as the Coyote V8.  Production of the Coyote started in the 2011 Mustang GT and power was rated at 412 horsepower, but newer versions make something like 435. 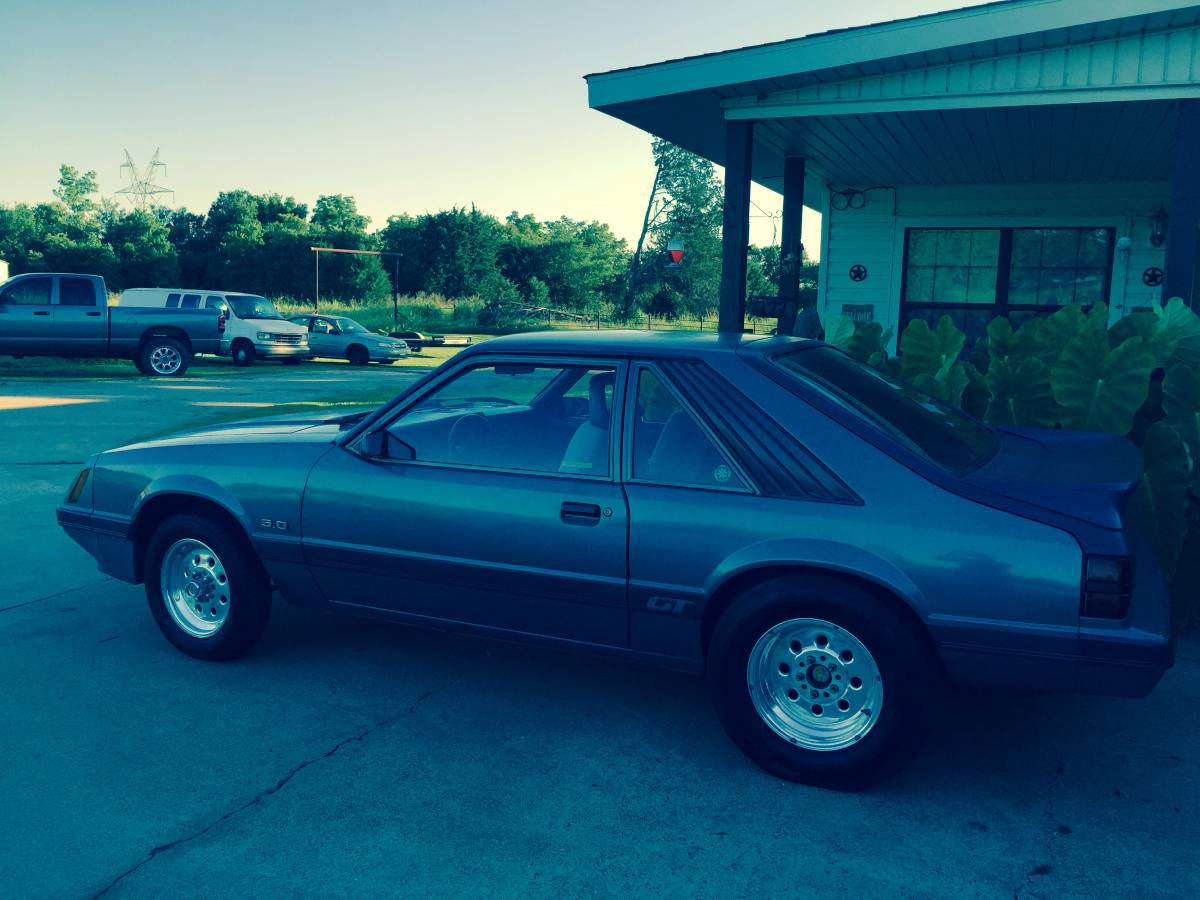 See a better way to roll in your 5 point Oh? tips@dailyturismo.com