The Alfa Romeo Type 116 Coupe was technically known as the Alfetta GT, but a 6-cylinder version introduced in 1981 was called the GTV6…and that name stuck, at least with the coupe body style.  If you want a classic car from the 80s that has the balance of Baryshnikov and a baritone howling voice –go get a GTV6.  Find this 1981 Alfa Romeo Alfetta GTV6 offered for $6,500 in Burlingame, CA via craigslist.  Tip from Safety Fast. 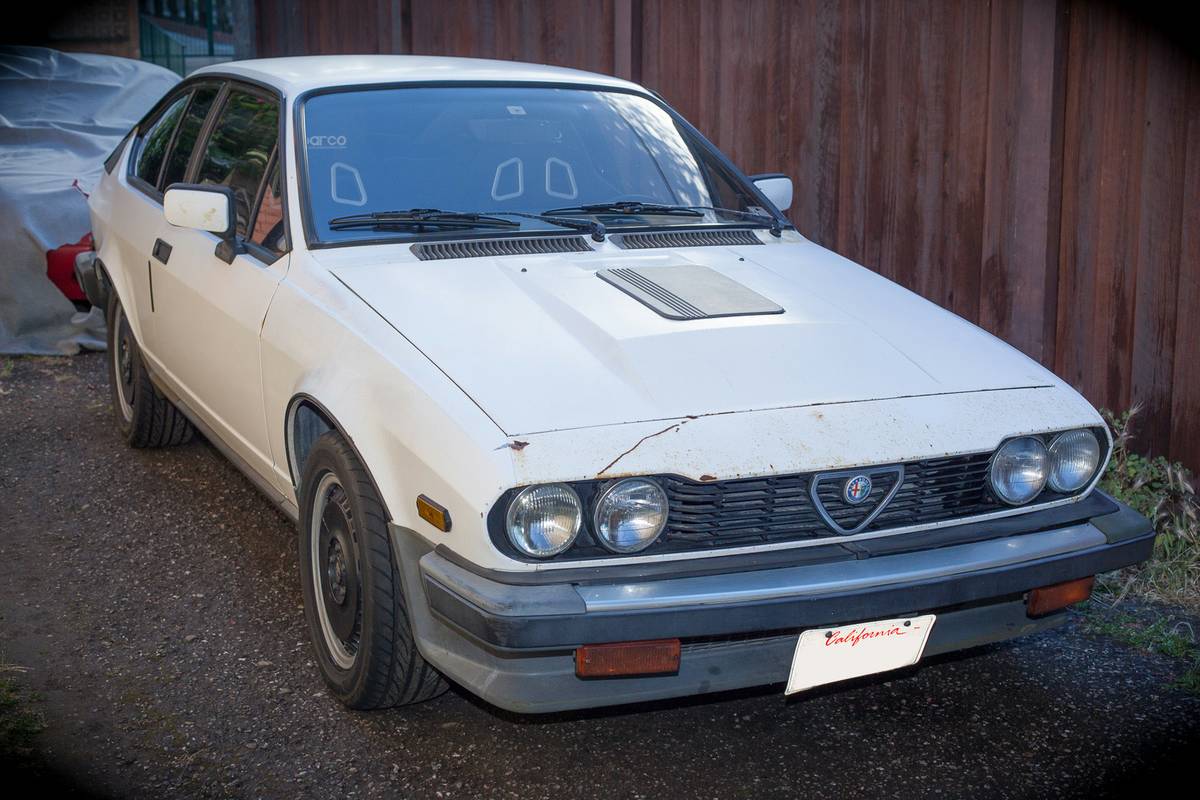 Styling for the handsome sedan was credited to Giuseppe Scarnati, but the sexy coupe was designed by DT’s favorite car designer with an unpronounceable last name– Giorgetto Giugiaro.  This particular example has seen better days, but you can still see signs of the supermodel under the aging pock-marked skin. 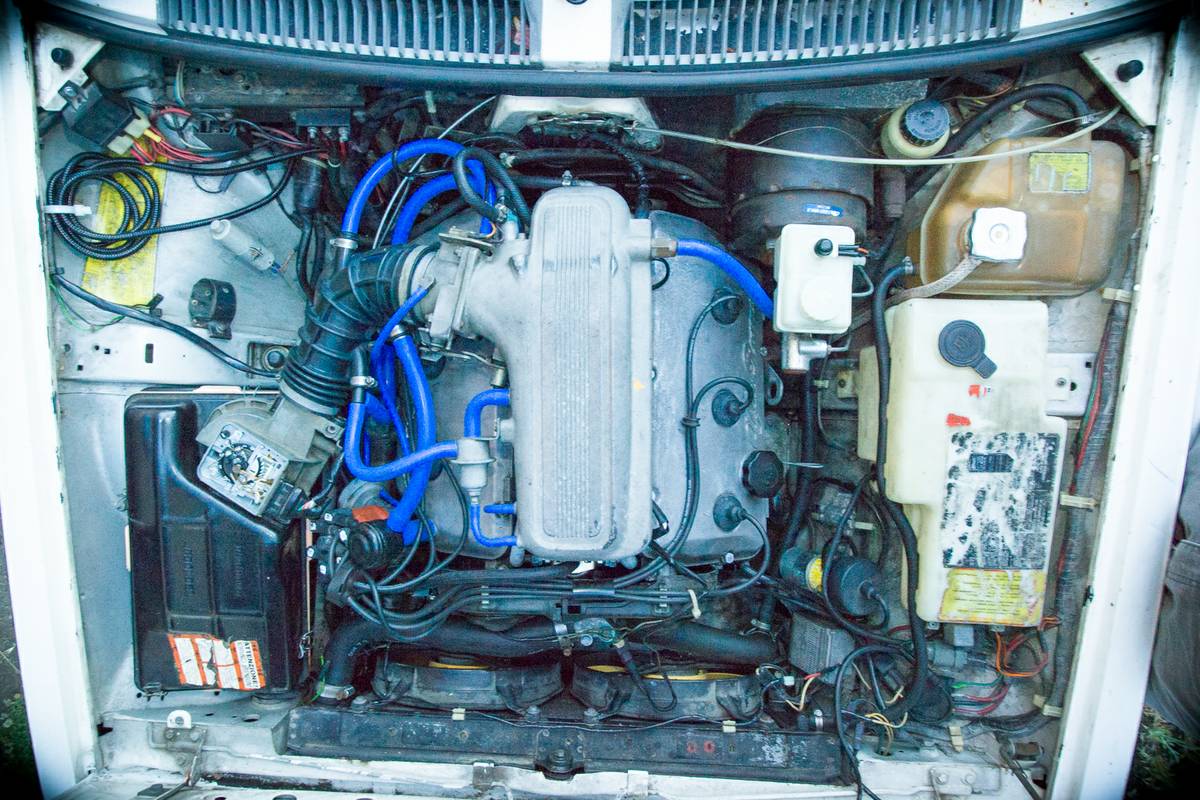 The GTV6 came from the factory with a 2.5 liter Busso V6, which puts 150 horsepower into a 5-speed manual transaxle that is somehow connected to the wheels via the magic of a de Dion tube sorta-solid rear end. 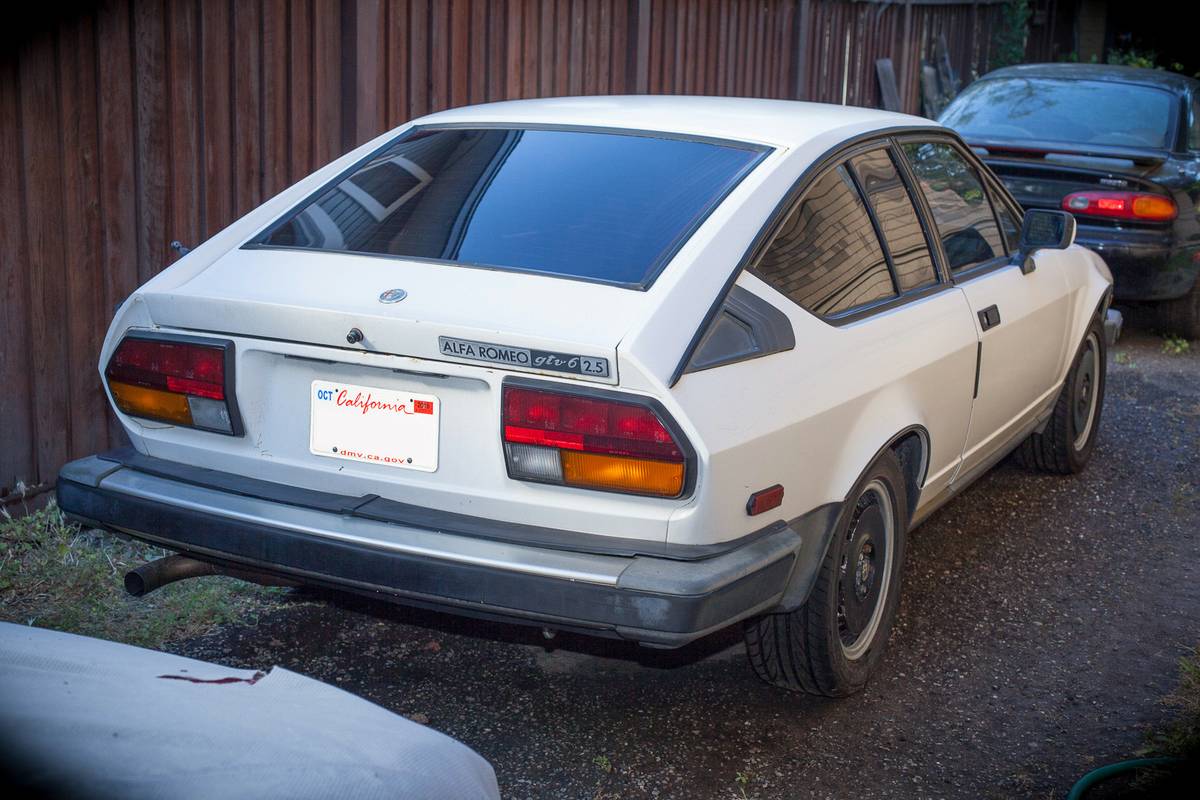