You’d have to be brain dead to not love Giorgetto Giugiaro’s Series 1 Lotus Esprit — its polygonal folded paper design is drop dead gorgeous and beyond reproach. It is also extremely affordable compared to similar era supercars like a Lamborghini Countach or Porsche 911 Turbo.  It may have something to do with small inline-4 cylinder engine tucked under the stylish sheet metal fiberglass, but going slow is cool these days…right?  Find this 1978 Lotus Esprit S1 offered for $14,000 in Miami, FL via craigslist.  Tip from Greg. 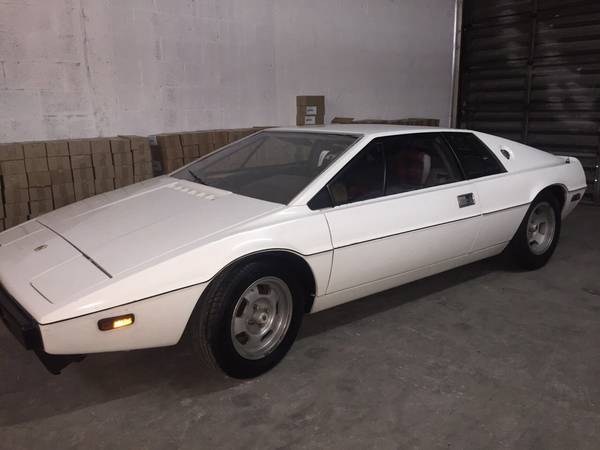 The Series 1 Esprit was such a cool looking car when it was released in 1976 that it was even used by James Bond in the 1977 thriller The Spy Who Loved Me.  As far as Bond films go, The Spy Who Loved Me might not have been the best acted/scripted/directed one but it was clean and simple in its Bondness…sort of the same way the early Esprit is clean and simple.  No need for fancy ground effects and giant wings, just clean styling and good handling. 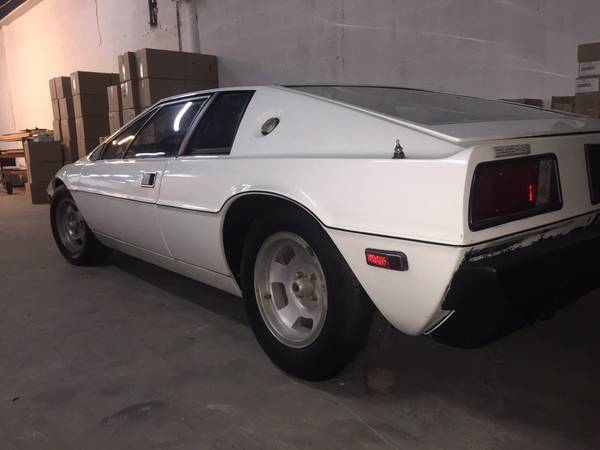 In the middle of the Esprit you will find a Lotus type 907 4-banger mated to a 5-speed manual trans-axle.  The torqueless wonder is a 2.0 liter DOHC 16-valve all alloy engine that pushes out something around 144 horsepower, but isn’t known for low end grunt. 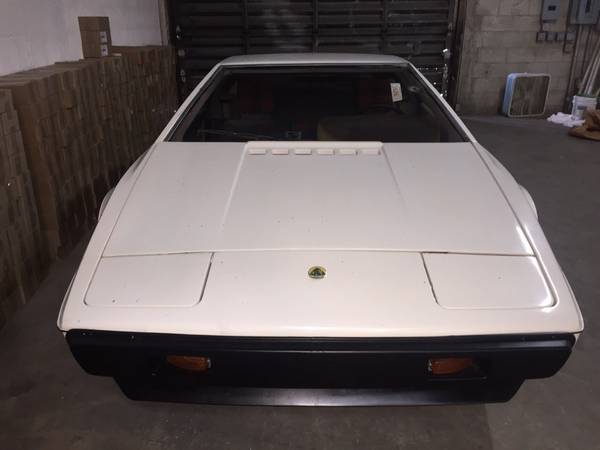 See a cooler S1 Esprit that hasn’t been to the bottom of a lake? tips@dailyturismo.com