The Porsche 968 was the swan song for Porsche’s attempt at replacing the 911 with a font engined 2+2, and arguably the best looking of the 924/944/928/968 group.  The elegant design is attributed to Dutch born Harm Lagaay who also designed the BMW Z1, Ford Scorpion/Sierra, Porsche 924, Boxster, Cayenne, 996, & Carrera GT (but he was not, as it might seem, the inspiration for Ferrari’s latest hypercar name.) However, for some strange reason, the folks at Porsche decided it needed a huge inline-4 mated to a transaxle, when what it needed was some pizzazz under the hood, something like a straight-8, or a turbocharged 2-stroke…or perhaps even a rotary engine would have given the 968 the wow factor it lacked.  Find this 1992 Porsche 968 convertible with 13B rotary swap here on eBay 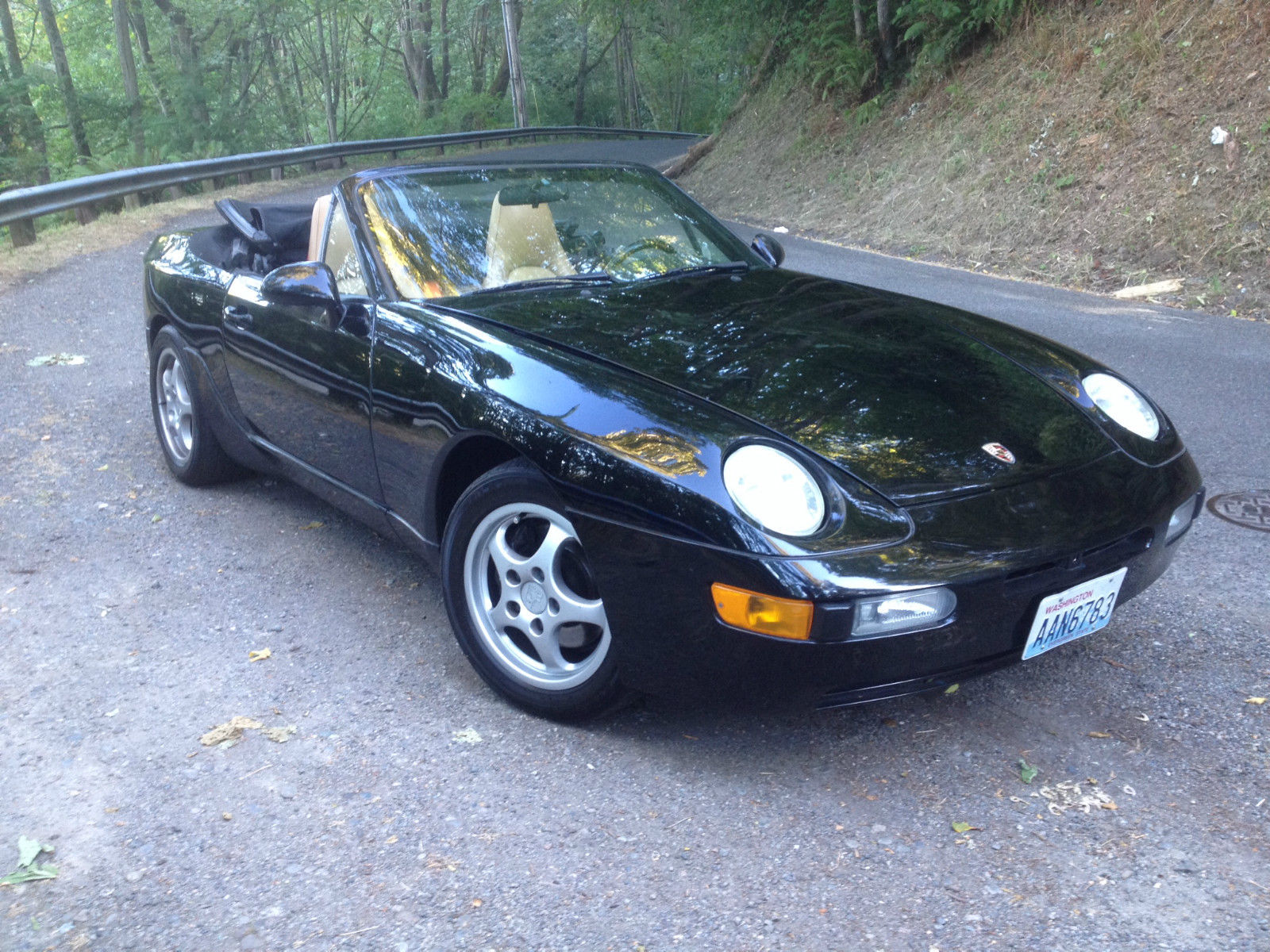 My first thought when I saw an rotary powered 968 was, what sort of abomination is this?  A few gin and tonics later (it was, after all, well past noon) and the idea started to seem less objectionable.  Why shouldn’t a vehicle with such an elegant design have exotic spinning bits under the hood. Sure, the original Porsche engine makes about a millionty times the torque, but sometimes half the fun is making noise. 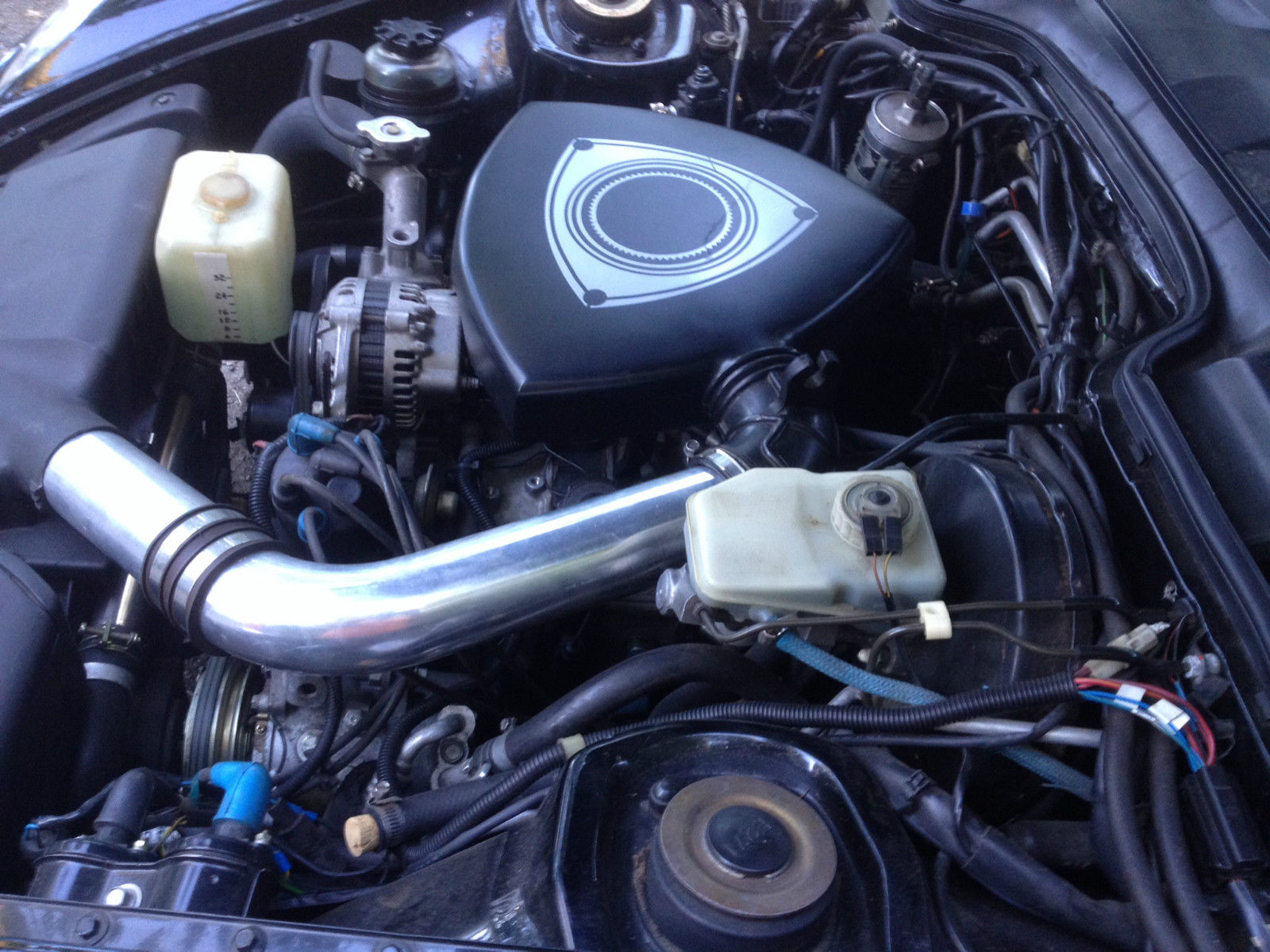 The original  3.0 liter inline-4 (rated at 240 horsepower) has been thrown asunder for a nice custom build 4-port Mazda 13B from a 2nd generation RX-7.  The twin rotor 1.3 liter spinner would have put out 160 horsepower when new, but now it has been given a “street port” and should burn a lot more oil make some more power, but still less than the original Porsche torque monster. 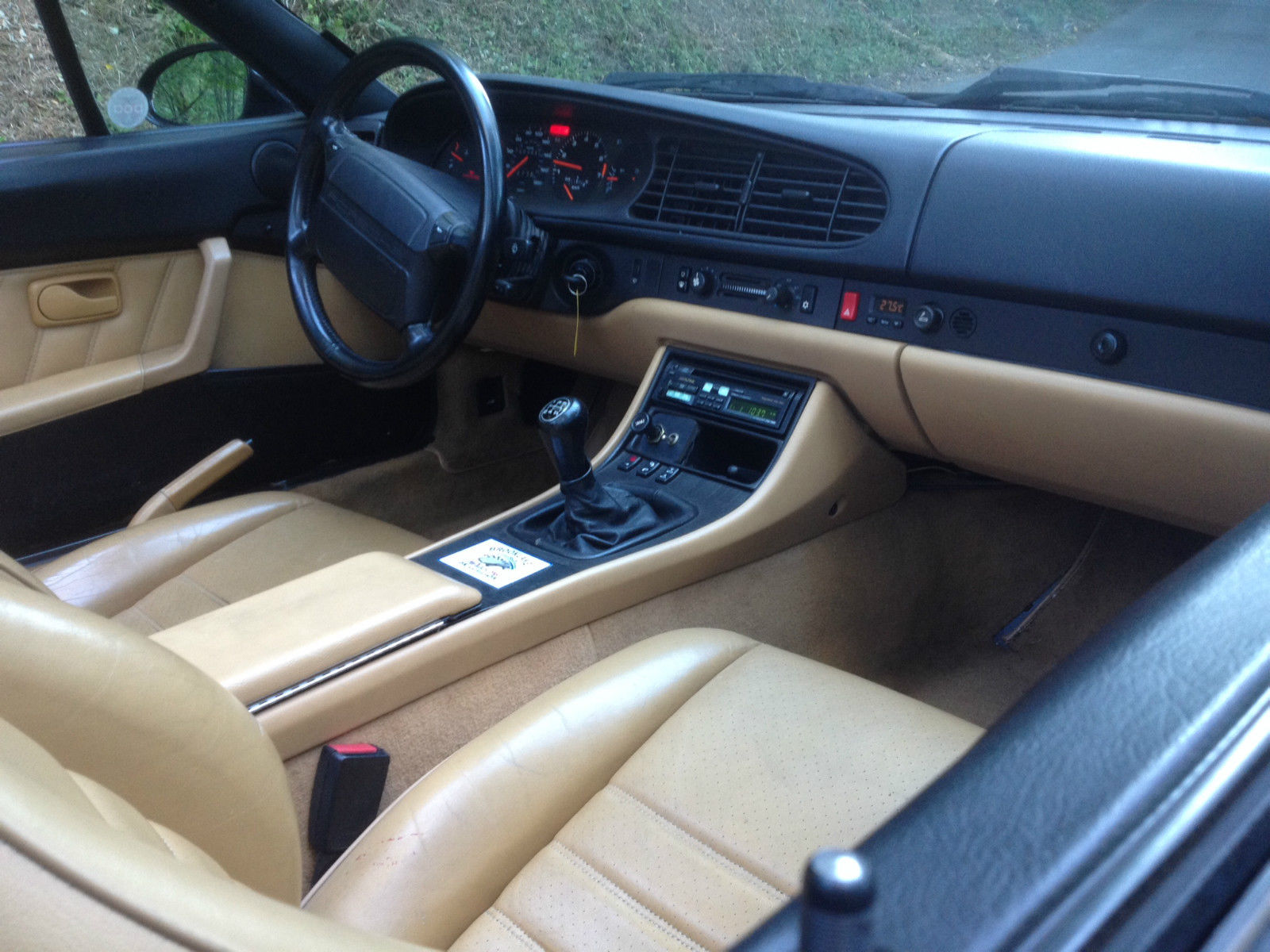 On the inside it will be difficult to tell that this 968 is Mazda powered…but the funny part is how much of a full circle this car has created.  The FC generation RX-7 was heavily influenced by the original 924 and dimensionally very similar…so to have that RX-7 engine in a Porsche descended from the 924 is extremely ironic. 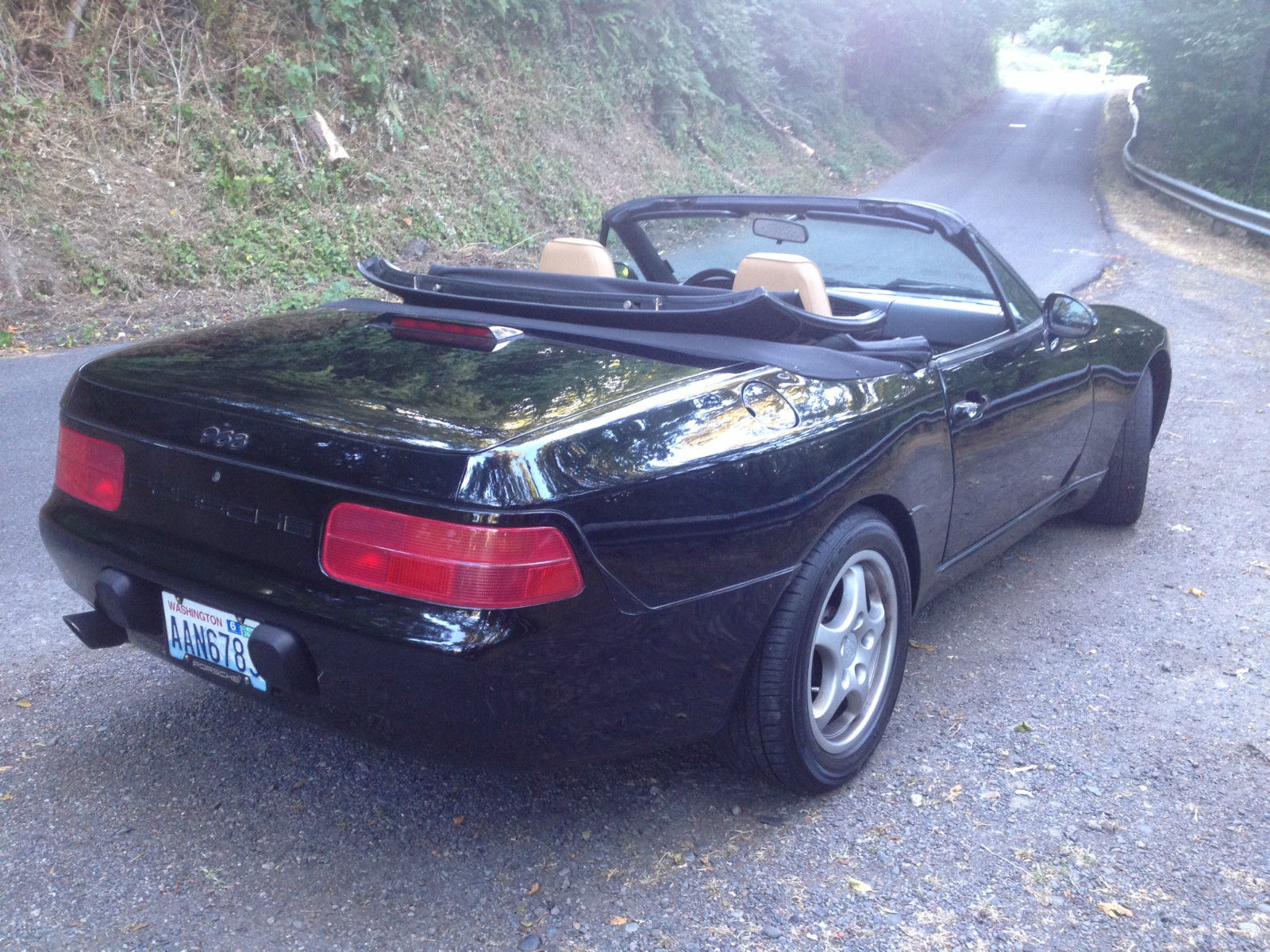