I’m going to say something and risk the wrath of all kinds of folks, but here it goes: The Infiniti M30 is the best looking rag top to ever come outta Japan.  There.  Said and done.  Find this 1992 Infiniti M30 Convertible offered for $2,200 in East Lansing, MI via craigslist.  Tip from FuelTruck. 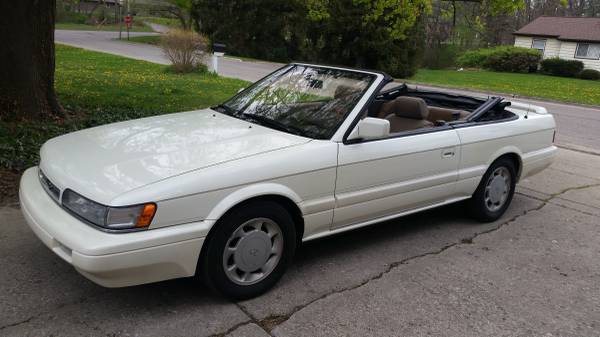 I could just make some obnoxious statement and walk away from it, but I’m going to follow this up.  Many folks will argue that something like the ND MX-5 is a better looking car, and they’d be right  because all things considered a majority of folks off the street would pick it over the M30, but the ND (and most Japanese convertibles, 350Z, 370Z, MR2 Spyder, Celica) have a level of fussiness to the design that just isn’t the case with the M30.  All kinds of angles, extra lines, and compound curves in the sheet metal…nobody really wants those. 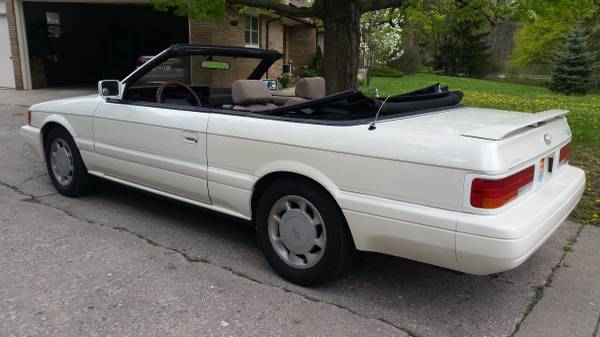 The M30 has this wonderful flow to its shape starting at the front and shooting to the back, giving the car a very dynamic look, like a piece of sandstone carved by a river.  It is also almost entirely chrome free and wears its 80s shade of Pearl white with pride.  If you are going to drive an 80s box, this is the one to drive every day. 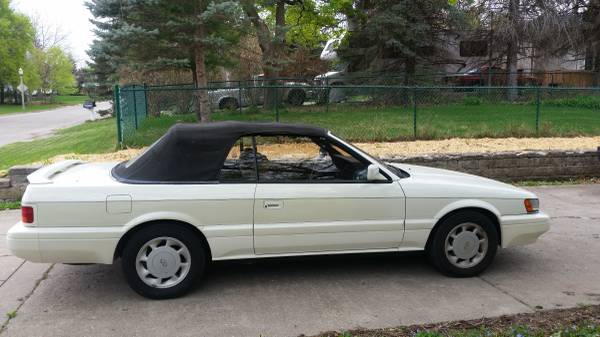 See a better piece of rolling art with a canvas top for cheap? tips@dailyturismo.com