We Are All Winners Here…Except The Real Winners

The recent Thursday Twister quizzes have actually broken the internet.  Not so much the entire interweb, but the DT net, and specifically the image embed feature after the 200th comment.  Broken image tags (and dreams) aside, the pop-up head lamp quiz received almost 400 comments and the forward hinged hood quiz is heading toward 500 comments as I write this…so…time to pay up with some prizes.  Click thru the jump to see the winners. 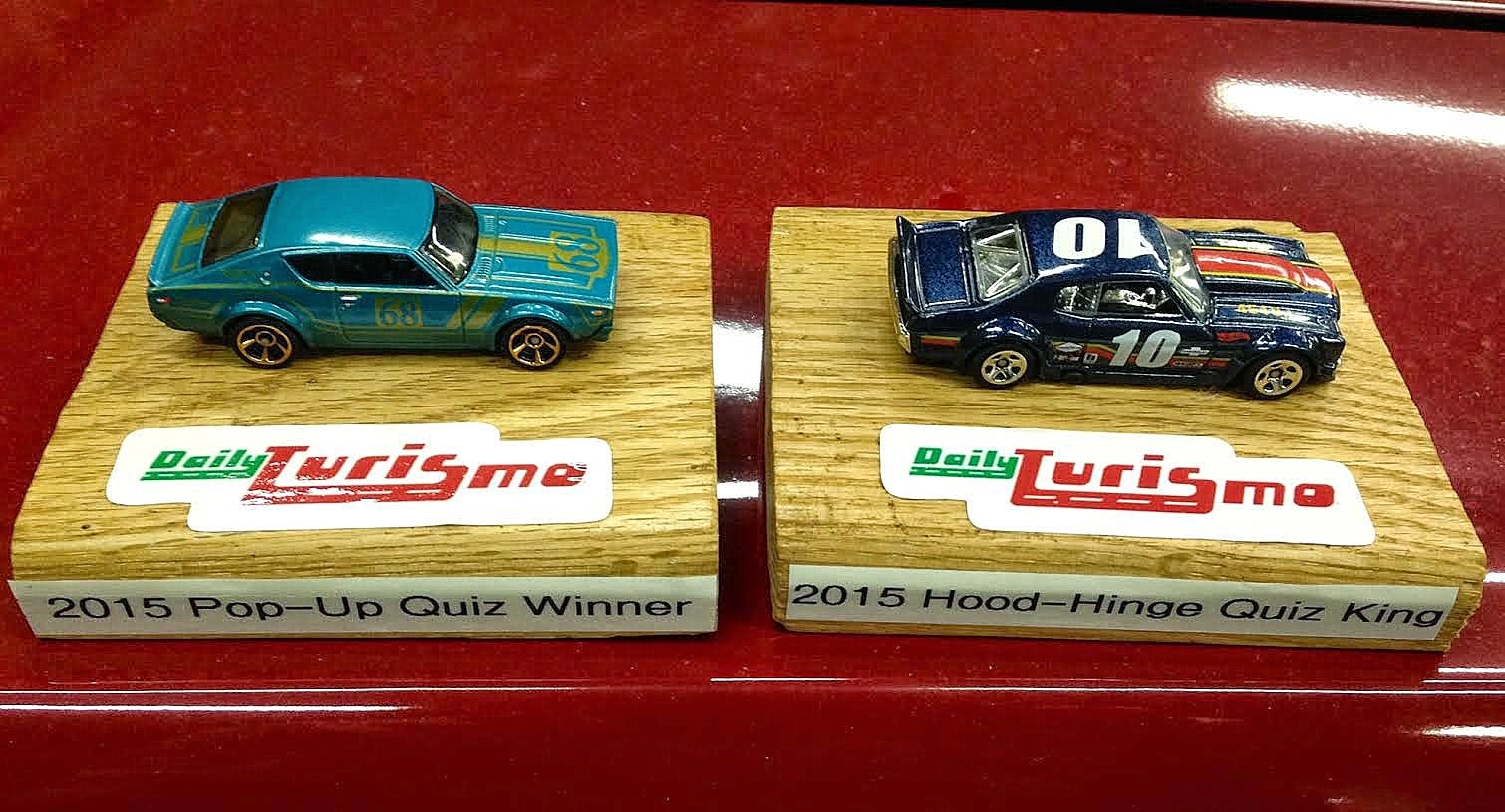 There were quite a few good entries to the pop-up head lamp competition, but when the smoke cleared the winner was K2 Mystery Car by a landslide.  His prize is the trophy on the left — which is a constructed of an old piece of wood I had in the garage, a DT sticker, label-maker tag, and a C110 Skyline GTR hot-glued to the wood.  The entire thing was painted in clearcoat in an attempt to slow down the aging process of the sticker & label.  K2 will have to see how it holds up.

In the forward hinged hood contest, the winner was (this time by a nose) was TRDSmith (who admits that he isn’t sure if his name is Toyota inspired or a poop joke — I’m betting on number 2).  His prize is a similarly constructed amateur trophy with a racing inspired Chevelle glued in place.  I tried to find cars that had pop-up lights and forward hinged hoods for the trophies, but this was the best I could find at a nearby Vons at 1am.

If you are a contest winner and want to take possession of your trophy, send us an e-mail ( tips@dailyturismo.com ) with a mailing address and you’ll get it in the mail in a few days.  Congrats to the winners and perhaps I can get a few pictures of the trophies in their office, home, prison cell, or garage resting places in a few days.