Valentine’s Day Survey: What Car Would You Buy for Your Sweetie?

Saint Valentinus was a third century Roman Christian, who died on the Via Flamina in Rome and his feast day is celebrated on Febuary 14th.  It is hard enough for most people to understand what happened last week, so it is understandable that little is known about an early Christian from 1800 years ago, but popular legend has it that he was imprisoned (and later martyred) for performing weddings, and while incarcerated he sent a note signed “from your Valentine.”  Today, Valentine’s day is fully exploited by the Hallmarks, Walmarts and FTDs of the world to persuade Americans into opening their wallets and buying some chocolate heart shaped kitsch.  The Daily Turismo is going to join the desecration festivities by asking the following question of our readers: “What car would you buy your sweetie for Valentine’s day?” 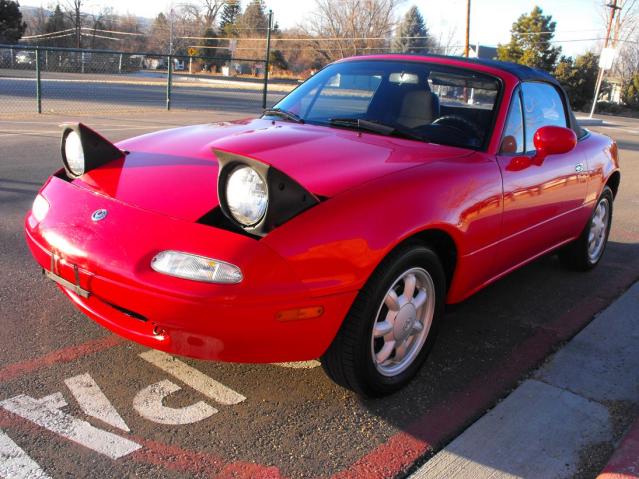 Our answer is simple:  A first generation Mazda MX-5 Miata.  Why? Because they are cheap, simple to maintain, a blast to drive and we’d be ridiculed for buying one our self.  However, you can drive anything if it’s the wife’s car…maybe even a pink New Beetle.  Here is a perfect example of why you don’t need to be a eunuch to drive a Eunos: this 1993 Mazda Miata is for sale in Boulder, CO for $5998 with only 31k miles on the odometer. 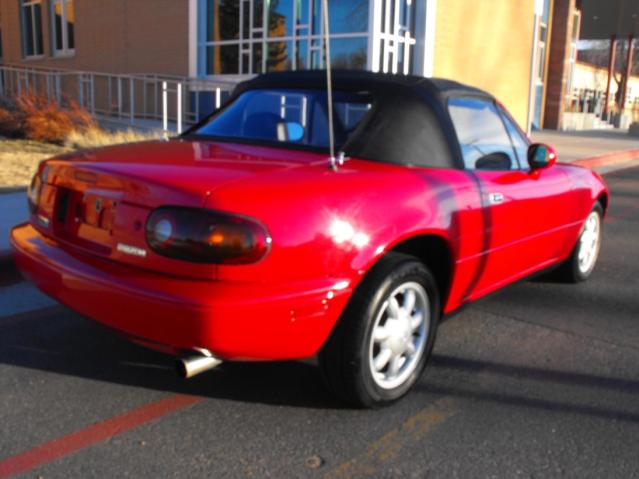 This first generation MX-5 is equipped with a 1.6 liter inline 4 that puts out 115 horsepower into a 5 speed manual transmission.  The MX-5 is the highest selling 2-door convertible of all time and  simply a joy to drive.

What what would you pick?  Comments below: