Whenever someone mentions the name Bel Air, I instantly think of the mid-late 50’s sedans with big bulbous front ends and wings out back, but the Bel Air name was used on low end Chevrolets through 1975 in the US and 1981 in Canada.  So the next time you see something that looks like a low optioned early 70s Impala cruising down the boulevard, it might just be a Bel Air.  Like this 1963 Chevrolet Bel Air offered for $10,500 in Port Charlotte, FL via craigslist.  Tip from Dascpcu. 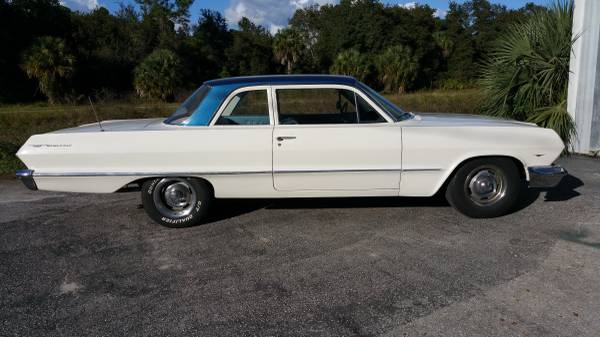 This Bel Air dates from the time when domestic manufacturers made multiple version of what was essentially the same car — in this case the post-less 2-door hardtop, and post-having 2-door sedan.  But the bottom line is that the hardtop is cool and the coupe isn’t — don’t ask me why, I just mindlessly repeat what I’ve been told.  This is a coupe…so it isn’t cool. 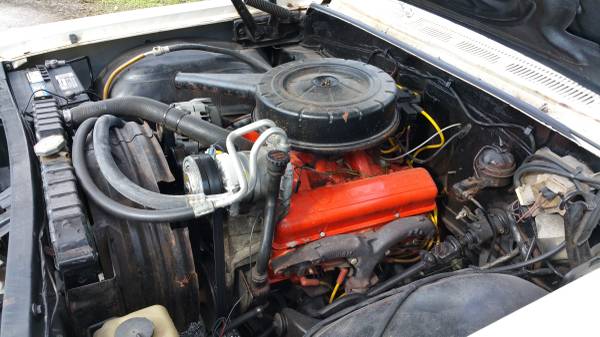 Under the hood is a 283 cubic inch small block V8, the smallest of available V8s, good for 195 horsepower, but this one is strangely mated to a 4-speed manual instead of the 3-speeds and slushboxes associated with lower end Bel Airs.  It could be swapped in from some other car, but that one extra gear adds almost enough coolness to remove the stigma of the post…almost. 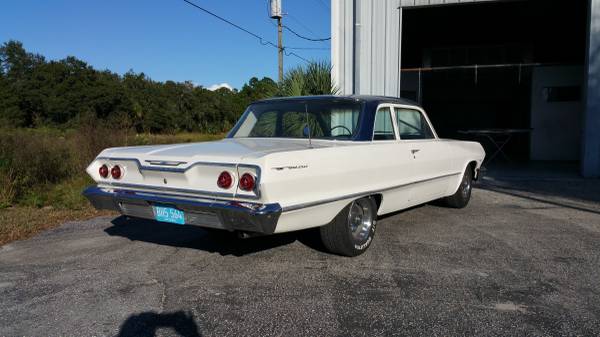