I never thought I’d see the day where a hacked up Porsche 912 offered for something less than $20k would be a good deal…but then I never thought that kids would snort cinnamon and listen to Nickelback, so there are a lot of things that I’ll never understand, but need to accept.  Find this 1966 Porsche 912 offered for $17,600 in Southern Oregon via craigslist.  Tip from Kaibeezy. 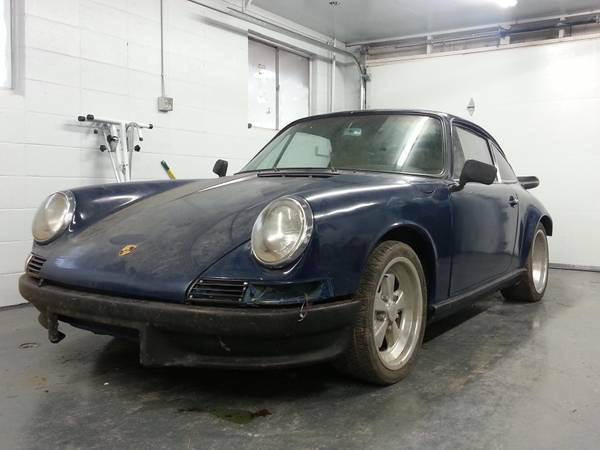 This isn’t your typical rusted barn found 912 — no indeed, someone went urban outlaw on this thing a few decades ago by (poorly according to the seller) respraying it a dark blue (from the factory original light ivory) and slapping on some fender flares and a whale tail to make it look more like an 80s 911 SC. 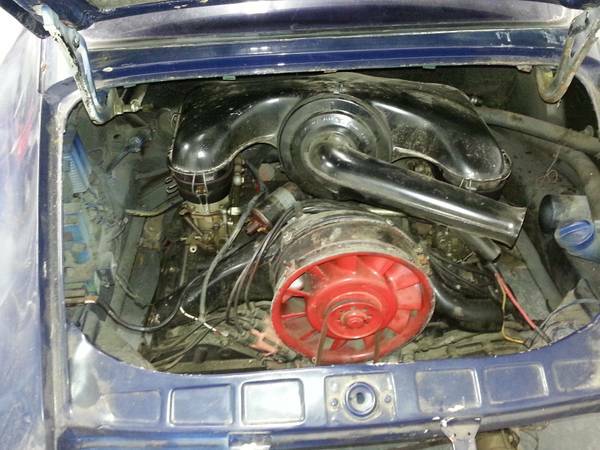 Out back is a 2.2 liter flat-6 from a 1970 911T — if you could track down the original vehicle this engine came from, you could probably sell it to the 911 owner for the price of this car.  The seller says:  motor turns over and supposedly ran. 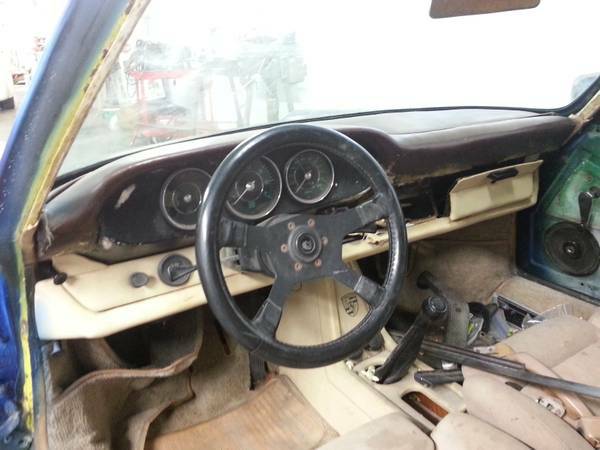 The interior is pretty ugly in the photos, but the real thing to do with this car isn’t a restore it to stock, but to do your own poor man’s version of a Magnus Walker urban outlaw on it.  Just fix the mechanical bits, respray body panels different colors, add to racing stickers to cover the dents, and go bombing around sliding backwards into stationary trucks. 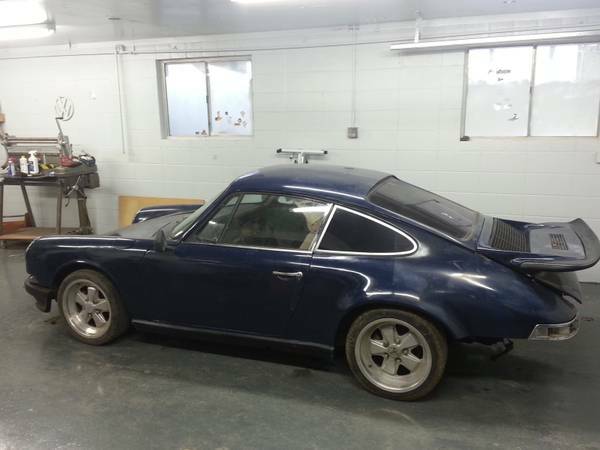 See a cheaper way to join the 911 club? tips@dailyturismo.com