Under The Radar: 2000 Ford SVT Contour

The US market Ford Contour was sold as a re-purposed European Ford Mondeo, but in truth it only shared a few pieces including the windshield, windows, side mirrors and door handles.  Everything else was standard parts bin junk left over from the Tempo or borrowed from the Taurus or Escort.  That didn’t stop Ford from making an interesting SVT version that might not command much respect on the street, but is a bit of a sleeper. Find this 2000 Ford Contour SVT offered for $650 in San Jose, CA via craigslist. 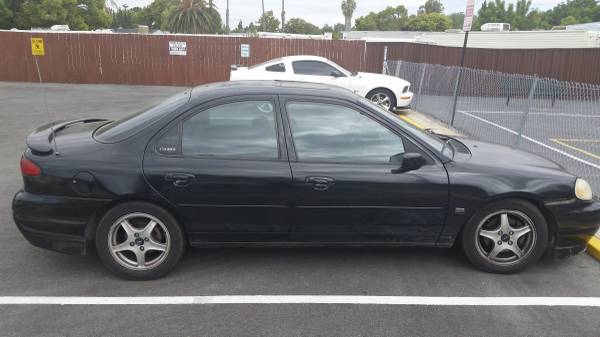 The SVT Contour combines the basic efficiency of a workday chassis and adds a dose of magic from Ford’s Special
Vehicles Team.  You get a car that looks like the next econobox rental
reject, but is actually a hoot to drive. 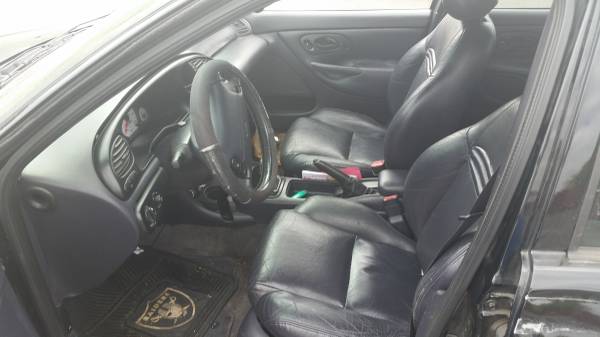 Ford’s SVT put a few more ponies into
the basic Duratec V6 for a total of 200 horsepower and required the use
of a 5-speed manual transmission.  The combination isn’t
earth shattering, but it turns a the basic sedan into a
stealthy front wheel peel-out machine — comparisons to the first or second generation Taurus SHO are appropriate. 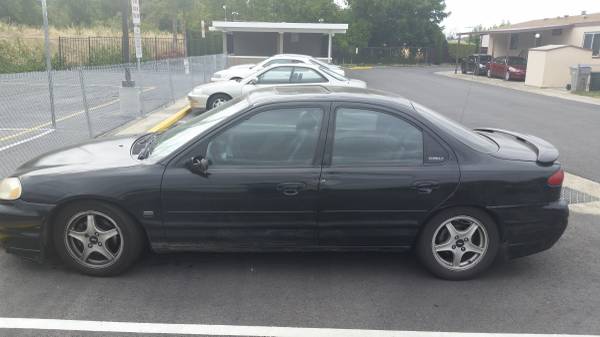 See a better car for a bank job getaway? tips@dailyturismo.com