If you have the available space, owning a parts car is far and away the cheapest way to keep older car on the road.  Now if you have a obscure car, the parts car value is multiplied many times over.  The Ford Capri was hugely popular in the UK and sold 1.9 million units worldwide  from 1969 to 1986.  The import was sold from 1971-1977 in the USA through Lincoln-Mercury dealers .   These handsome and very affordable cars (by Porsche standards) are near extinct outside of California and other areas that don’t salt their roads.  Find this 1977 & 1978 Ford Capri and stash of spare parts for sale in Mountain Home, ID for $5,000 via craigslist. 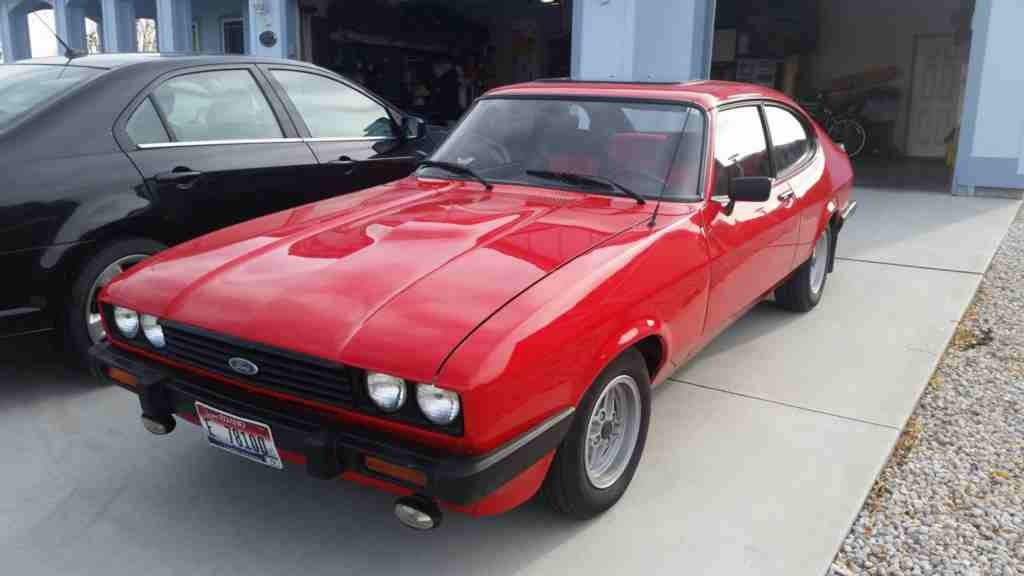 The red 1978 MKIII Capri 1.6 4 cylinder that he bought while stationed in Germany and imported here himself.  It was a daily driver until in Europe until 2005.  The MKIII Capri was never sold here in the USA.  The updated front end styling borrowed heavily from the period Escort RS2000 with its four headlamps and slatted grill. 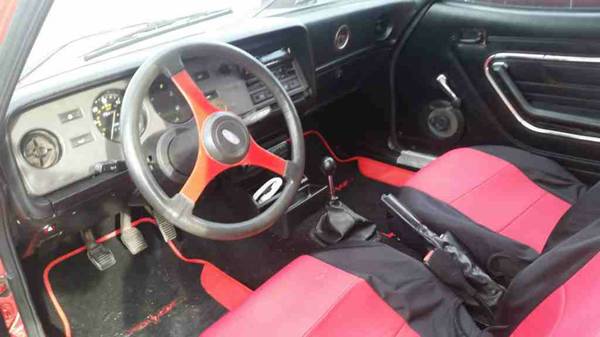 The blue 1977 MKII Capri is a USA car that has been modified to look like a euro MKIII.  It’s 2.8 V6 and 4 speed transmission have both been recently rebuilt.  The interior is very tasty lookin with the plaid cloth seats and door panels.  The dressed up chrome engine breathes easier out of a set of headers and through a performance exhaust system. 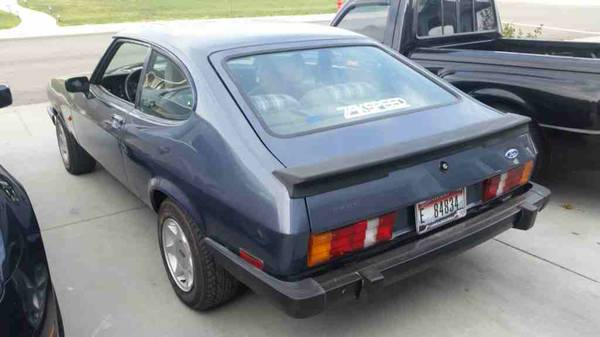 Both cars are said to be in good to excellent shape for their age, but the real mother load is the cache of extra parts included in the sale.  The seller dismantled many Capris for spares before moving back to the US.  The list of spare parts includes: the original 2.8 4 speed tranny, new 2.8 intake and 4 barrel carb, 3 sets of Euro wheels, several interiors, 2 1984 UK 2.0 4 cyl engines and 5 speeds, 2 hoods, 2 hatches, 4 doors, several carbs, gas tank, and bins of other random parts.  There are enough extras here to keep these two cars on the road and likely another for a very, very long time. 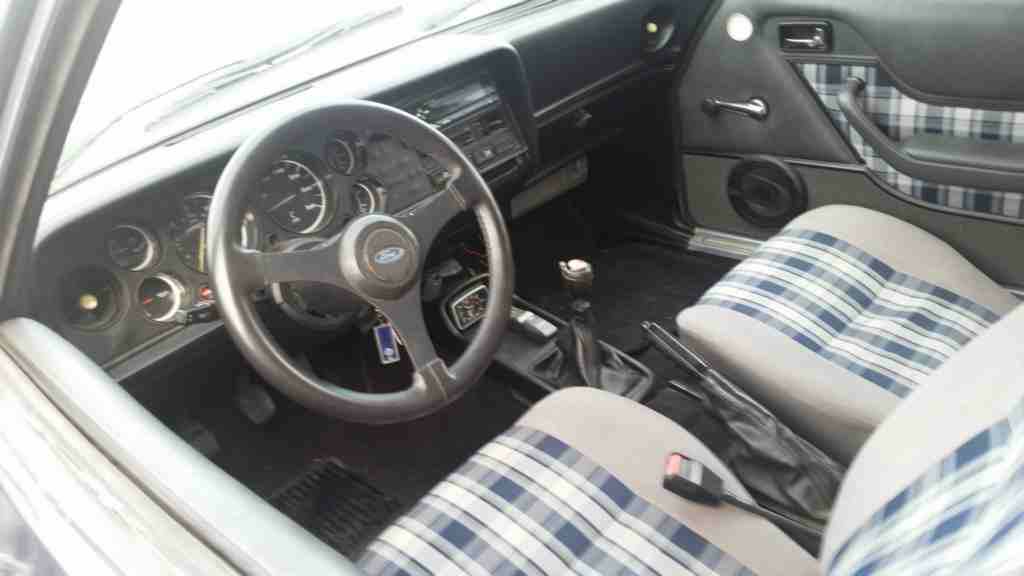 Cory successfully transplanted the headliner from his 1998 Mercedes C43 to 1995 Mercedes C36 over the weekend.