DT’s own Hunsbloger said it best when he wrote: There is no money better spent on a car than the other guy’s money. He probably stole that line from somebody else, but it is something to consider when you are looking at a car — especially a customized monster.  If the last guy dropped $25k on the car and wants $25k, you would be advised to carefully scrutinize the quality of the work — but if he is asking $12k for that same car…well now you can be a little more forgiving.  It’s like buying caviar at the 99Cent store — just scoop out the moldy parts and savor the good stuff.  Find this 2002 BMW X5 custom offroader with turbo LS swap offered for $12,500 in Shoreview, MN.  Tip from Prashant. 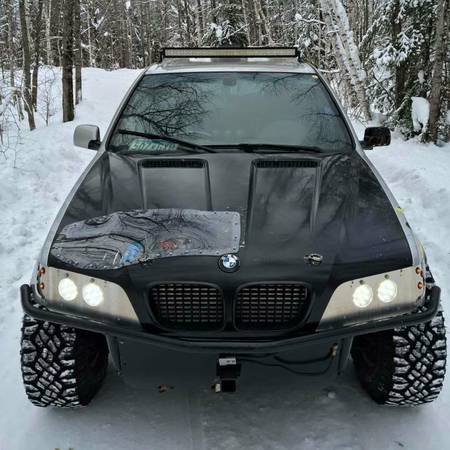 The easy way to build your own snow racer is to start with something like  Chevy Tahoe and just start adding bolt on parts — but this guy didn’t take the easy way and instead started with the E53 generation BMW X5…which isn’t a bad platform to start with when you consider that BMW owned Land Rover at the time and stuck some Ranger Rover HSE parts into the X5…but those parts are long gone. 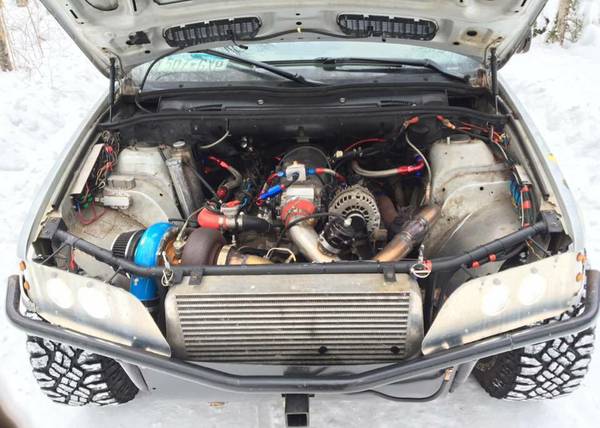 Under the hood is a 4.8 liter LS-based  (probably iron block iron heads from a truck) that is boosted with a Garrett GT45 turbocharger and breaths through all manner of custom fabricated parts.  Power heads to a 4L80E slushbox, but you probably don’t want to worry about rowing your own gears when you are bombing down a snowy road just inches from trees. 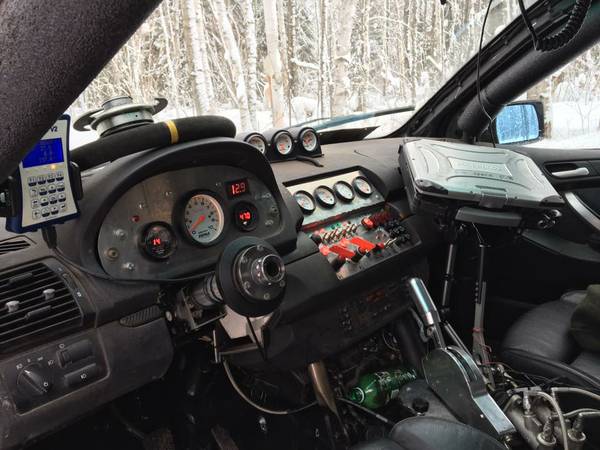 It would be one thing if this was just a simple engine swapped car with big tires, but the inside looks like a Baja 500 ready rally rig — can this really be offered for $12k? 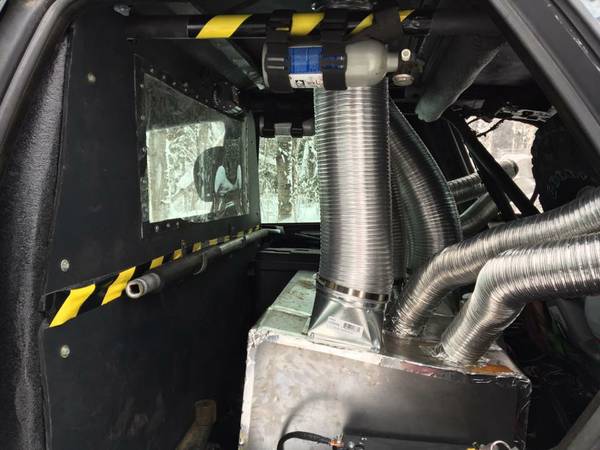 And what is that thing in the back seat?  Is it used for decontaminating toxic air or brewing corn based moonshine? 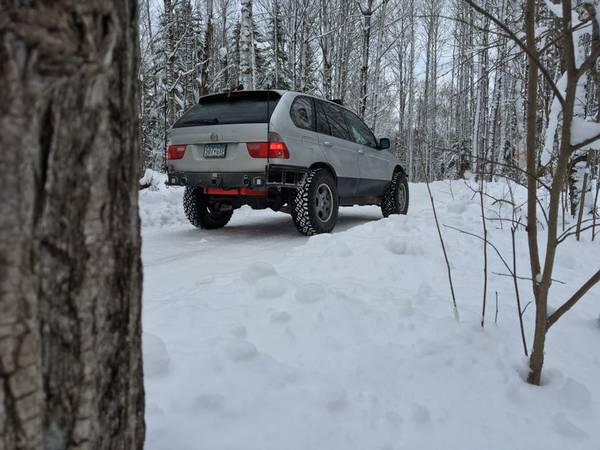 I sure hope this isn’t a scam.  See a better way to get a cool rig for a major discount? tips@dailyturismo.com