The E39 BMW 5-series was released in 1999 and was arguably the last conservatively styled BMW, at least until a few years ago when the last of the Banglized stuff went out the door with the F10 5-series.  The E39 was available with various engines from the lowly M52 inline-6 to the crazy S62 V8 in the M5, but today’s example might just be the fastest E39 you can buy.  Find this 2001 BMW 540i E39 with turbocharged Chevy V8 offered for $9,500 in Cordova, TN via craigslist. 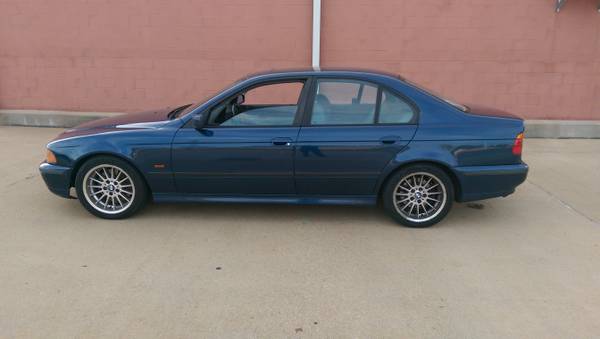 From the outside it looks like a normal 540i; stock wheels, stock badging, and decent orient blue metallic paint — no plasti-dip, illest stickers or slammed stance.  However, you’ll be pleasantly surprised when you pop the hood and examine the brute that lies within. 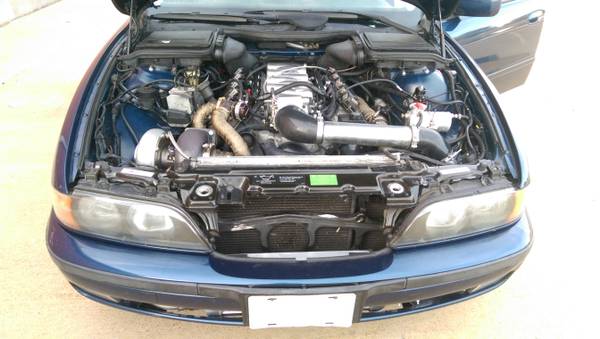 That is a Vortec 5300 from a truck (likely an LM7), but it is boosted to 7psi with a watermelon sized turbocharger and should be good for at least 400 horsepower, much more if you spend some time with tuning.  It is fitted with a 6-speed manual gearbox, and the seller admits that it needs a proper limited slip out back (cheapest swap will be from a 750il), tuning, and AC work. 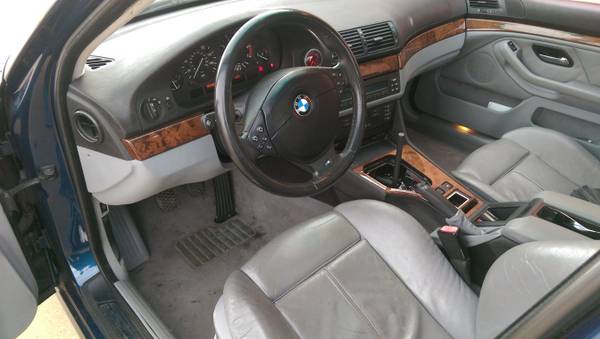 See another car with more brawn than brains? tips@dailyturismo.com