by Glenn– Sultry hot days and long warm evenings can only mean one thing…it’s topless season!  Other than doffing at a Scandinavian beach, what better way to enjoy the nice weather “au naturel” than in a classic Swedish cabriolet?   Find this 1992 Saab 900 S in Vancouver, BC offered for $3,975 CAD ($3,114 USD) via craigslist. 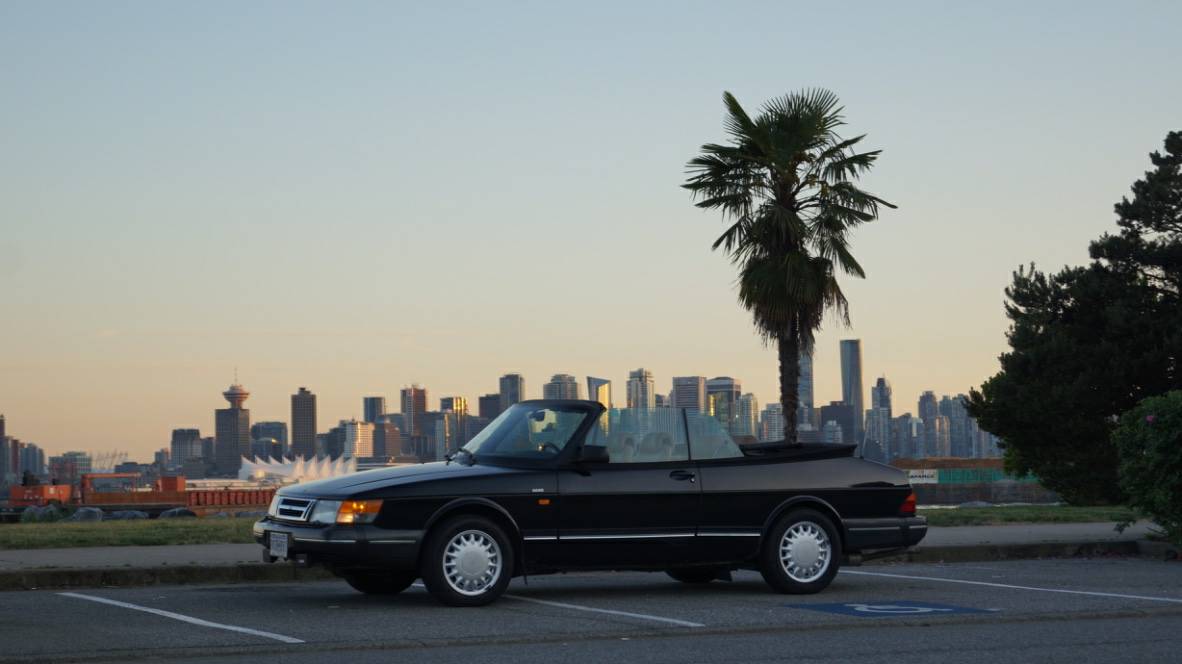 Saab offered the 900 Series over a 20 year period starting in 1978 with the first generation running until ’93.  Nearly 1 million units were sold during the span of production securing the first gen with cult-like status.  Cabriolet assembly took place at the Saab-Valmet plant in Finland and accounted for a brisk 20% of sales.  Cars built in Scandinavia were derived to withstand an onslaught of cold which can span many months of the year.  Saab was known for durability and practicality, not vanity or fickleness akin to it’s southern European brethren.  As one of the last production years before newly invested GM influenced heavy change to the 900 Series, this example comes equipped with a triple insulated top, a double duty heater, and heated seats for toasty buns! 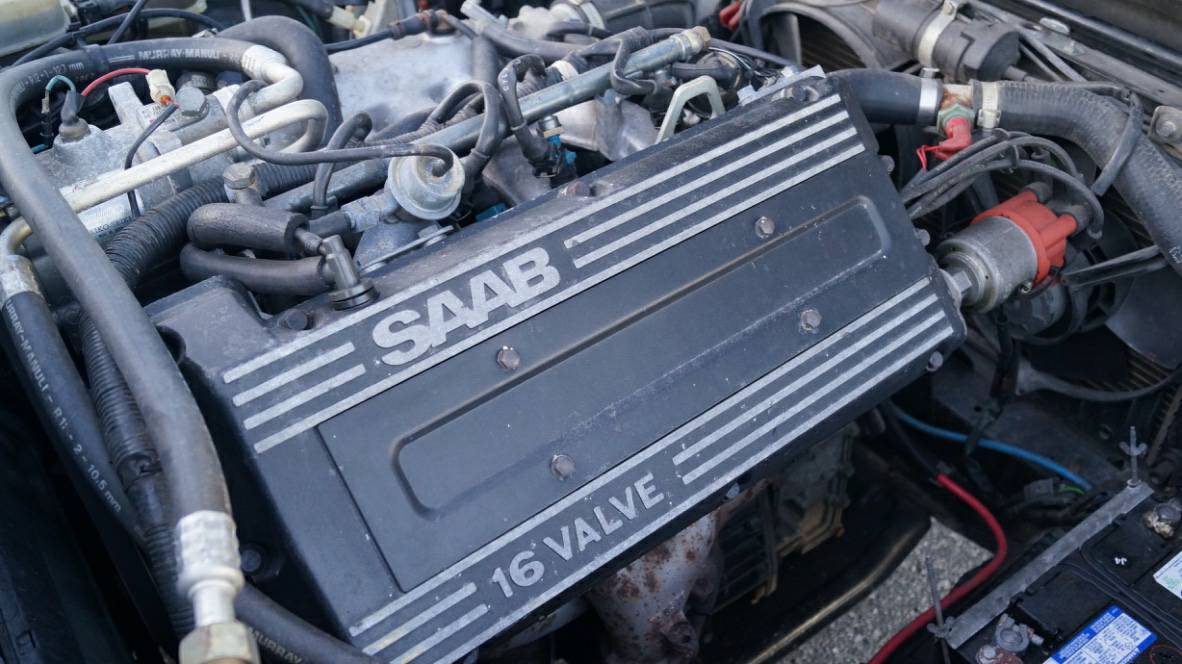 The B212 16V slant 4 engine was first offered in 1991 developing 140 HP
from 2.1 liters of displacement.  Based on the previous B201/202 series
and years of evolution, they are known for durability and can provide
many years of reliable service if treated correctly.  This
one is listed as being recently serviced and ready for duty.  The bonus
manual gearbox makes for additional warm weather rowing fun! 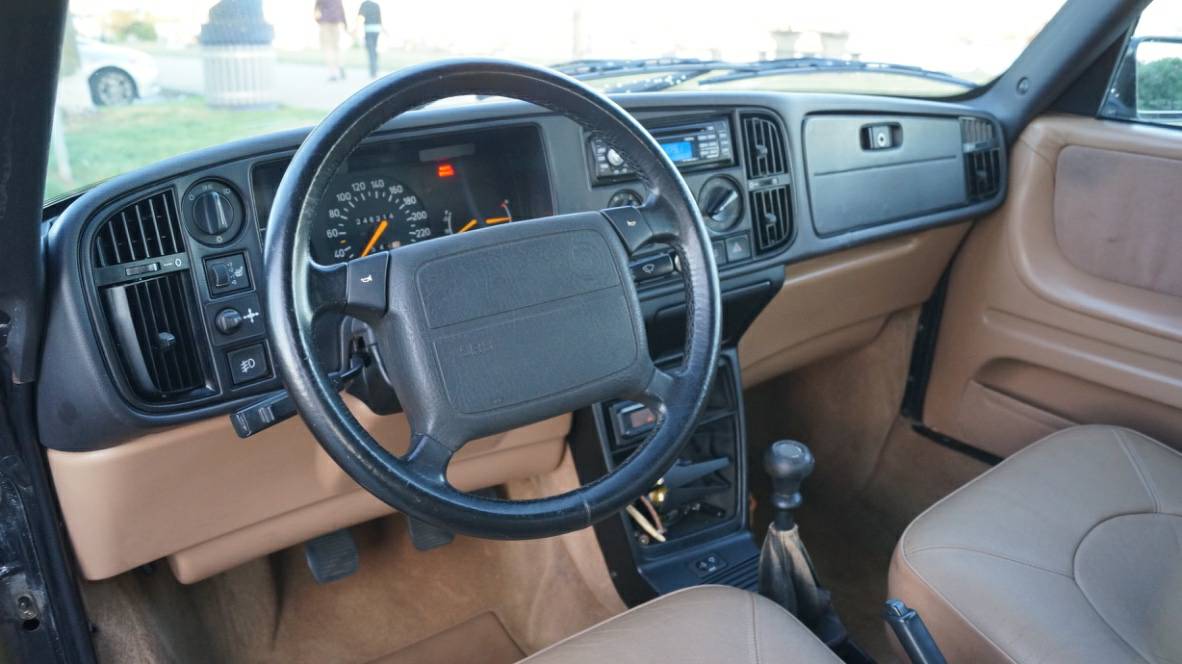 The interior looks in very good condition overall for a convertible.
Visible driver’s seat bolster wear is expected with age & mileage.
The dash shows no signs of cracking or warping in the pictures.  The
black exterior with taupe interior is a visually
appealing combo and would be a pleasant environment during hot
days with the top down.  Factory cruise control is a nice option for those long
trips and an interior matching tonneau cover is
included. 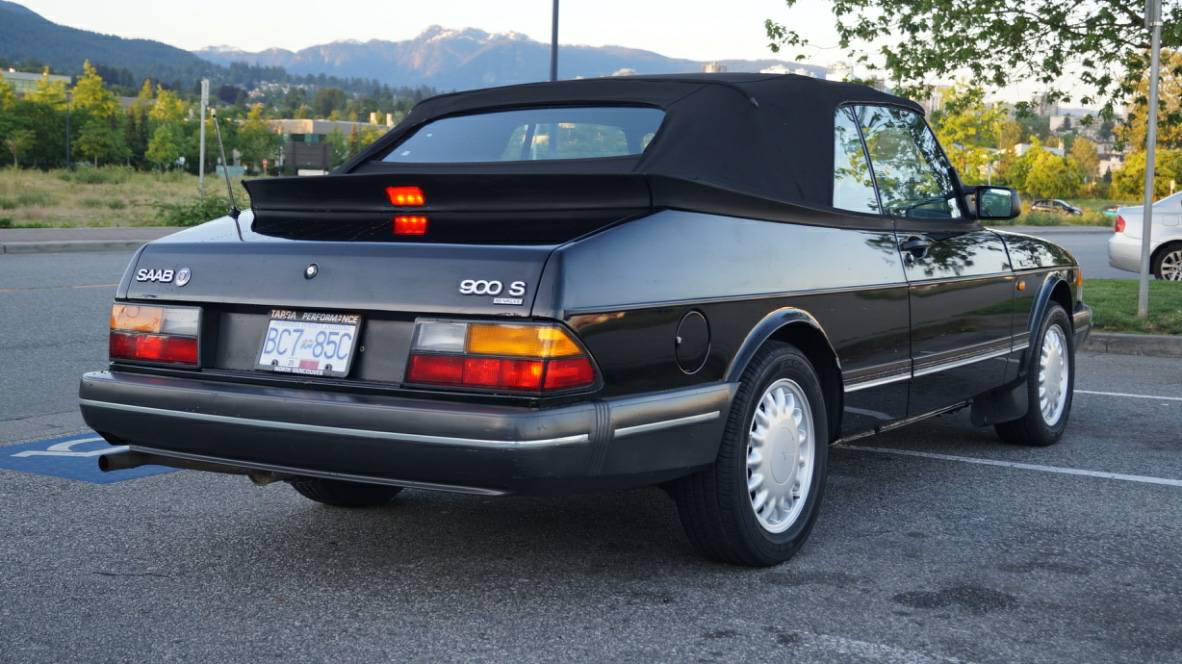 These first generation 900 Saab’s were virtually hewn from the Fjord cliffs near Trollhättan and nearly
as tough.  With 250K kilometers (155K miles) showing on the odometer,
this example has more than a few good summers left in it yet…and
winters
too if you are so inclined. See a better way to have fun in the sun? tips@dailyturismo.com