Yesterday’s Mid Week Match-Up for Scirocconut got me thinking about 6-passenger vehicles…because in the not so distant past, you didn’t have to step up to a van when you had that 4th kid because just about every American built sedan was available equipped with six seat belts. Sure, that small bench seat up front wasn’t the most comfortable place in the car, but when I was a kid we always made my little sister ride up there with the parents for reasons that currently escape me, but it probably involved indian burns and might-making-right.  Those days are long behind us, but it wasn’t until 2013 when the last American sedan with a bench seat rolled off the assembly line and you can still get crew cab pick-em-up trucks with benches. 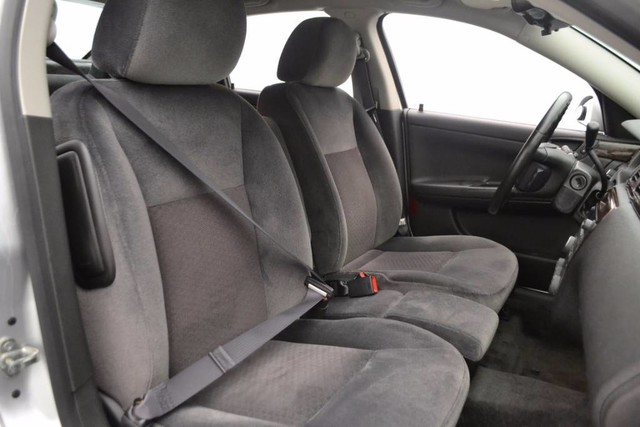 The example I found is a 2012 Chevrolet Impala offered here on eBay for an eye watering $11,299 (did this car even cost that much when NEW?!?) but it is about the lowest mile Impala you’ll find around. The front bench seat is perfect for little kids, dogs, or what-you-have.

According to this NYTimes article, Chrysler stopped building bench seat equipped junk with the demise of their Concorde/Intrepid sedans in 2004, and Ford finished the fun in 2011 with the Crown Vic hitting the pasture.  Cadillac made the DTS with bench seats through 2011, so there are all sorts of 6-passenger sedans you can get in the 2000s — so the question for the Twister is: What is the best front bench seat equipped car from the 2000s that you can find for sale?   No budget, no limit.