Modified Ford Mustangs are a dime a dozen so it takes a lot to come across one that is out of the ordinary.  Ford’s Thunderbird Super Coupe was available from 1989-1995 with a 3.8 pushrod V-6 huffed on by a Eaton M90 supercharger that was good for up to 230 hp and 330 lbs of torque.  The Ford 3.8 SC engine made good power, but never seemed garner the cult following that the similar displacement Buick Grand National turbo engine did.  Today’s Stang takes the road less traveled and has the unusual V6 engine swap into the state highway patrol favored notchback body style.  Find this 1989 Ford Mustang Notchback for sale in Beacon Falls, CT for $5,500 via craigslist. 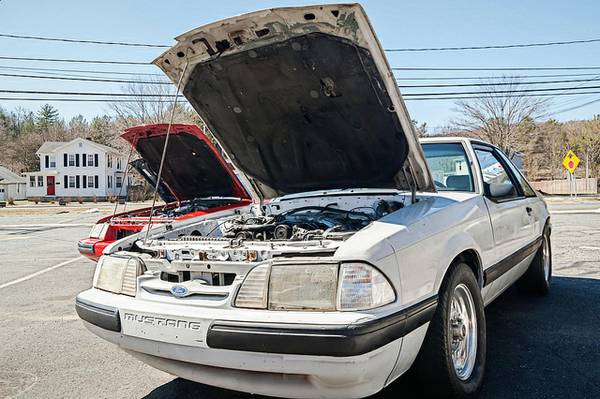 Along with the 3.8 supercharged engine is a Tremec T5 5 speed and set of 3.73 gears.  The engine has a smaller supercharger pulley and is running a stock super coupe ECU.  The seller claims the car runs great as is. 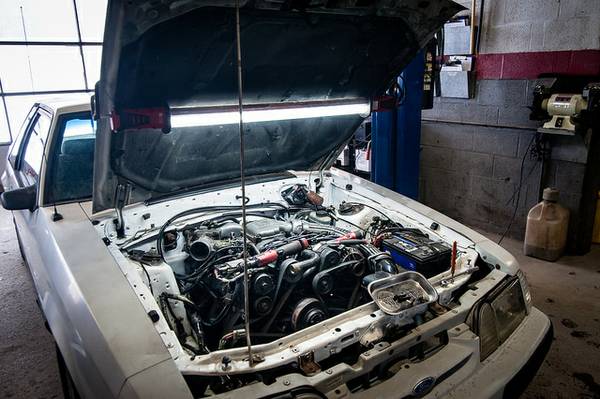 The underbody is claimed to be solid and also sports a tubular K frame.  It is hard to say what the builder was going for with the car, but this looks to be a decent and unique driver with a reasonable price tag. 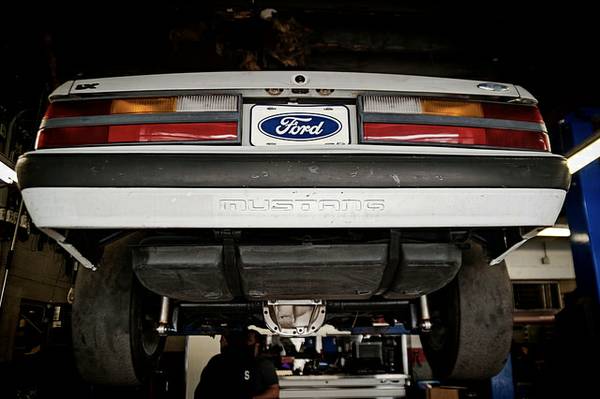 See another quick Mustang that doesn’t have a V8 engine? email tips@dailyturismo.com

Cory is still waiting on the Dent Eraser to finish the PDR work on his 1995 Mercedes C36 AMG.