The E36 generation BMW 3-series was released in 1990 with “dolphin shape” styling by Darrin Boyer and Joji Nagashima — but this car isn’t known for its styling, it is known as the benchmark for 90s sedan handling.  The Z-axle multilink suspension out back and MacPherson strut with rack-n-pinion up front wasn’t tuned to punish you, but offers superb balance in most driving conditions.  Matched with a torquey inline-6 the 325 makes a great canyon carver…but what happens when you swap a rotary Mazda engine?  Find this 1992 BMW 325 with Mazda 12A offered for $4,000 in Cape Coral, FL. 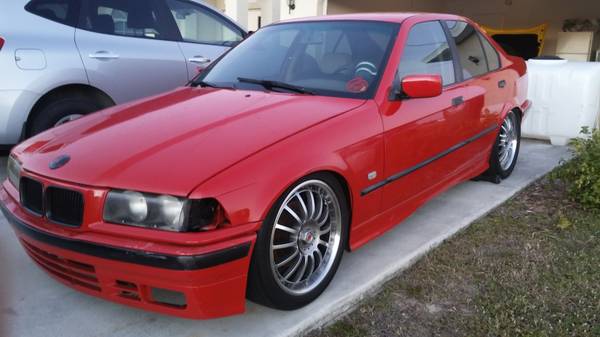 The BMW M50 is a big heavy iron block affair, but somehow the 3-series was able to achieve a decent front-rear weight balance, and folks who swap in alloy V8s report acceptable handling.  However, if you tuck a lightweight rotary far back in the engine bay, you might be able to achieve a rear weight bias that could be even more fun. 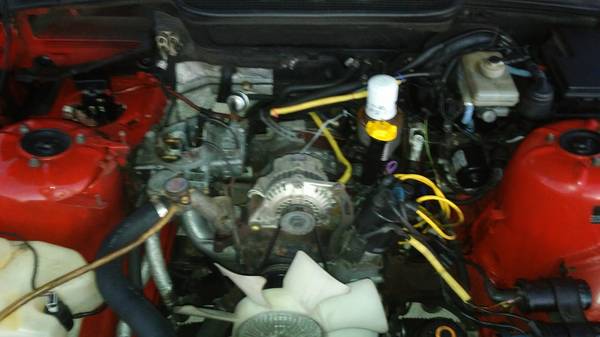 Finally, an E36 with a carburetor — now we’re talkin!  The Mazda 12A rotary first appeared in 1970 in the Mazda RX-2 where it made about 130 horsepower, but it was used through 1985 in the RX-7 where it made a few more horsepower.  Thankfully, the 12A is very willing to make more power if you apply some voodoo to the ports and let it breath — porting a rotary is the equivalent to adding cams/heads to a piston engine, but instead of spending thousands in heads/cams/valves/springs — you just spend a few hours grinding metal with a die grinder until you make the power you want…but only if you can convince the engine to last while spinning at a billion rpm. My point is that I have no idea how much horsepower this 12A is putting out, but a Holley 700 CFM double pumper can aspirate some serious power. 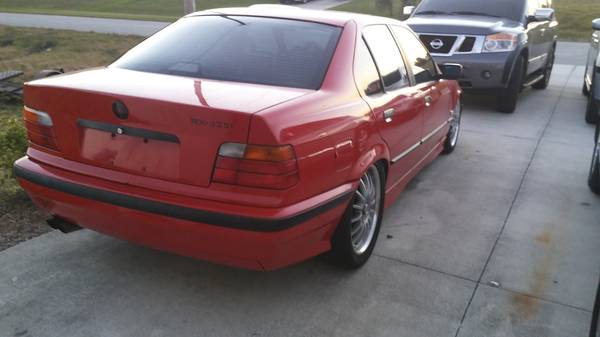