The 3rd generation of Geo Metro was introduced in 1995 on the third generation of the Suzuki Cultus platform…but today’s custom Metro looks more like a 1994 (or earlier) second generation Cultus, or at least what is left of it. Find this 1995 Geo Metro offered for $1500 in Orlando, FL via craigslist. 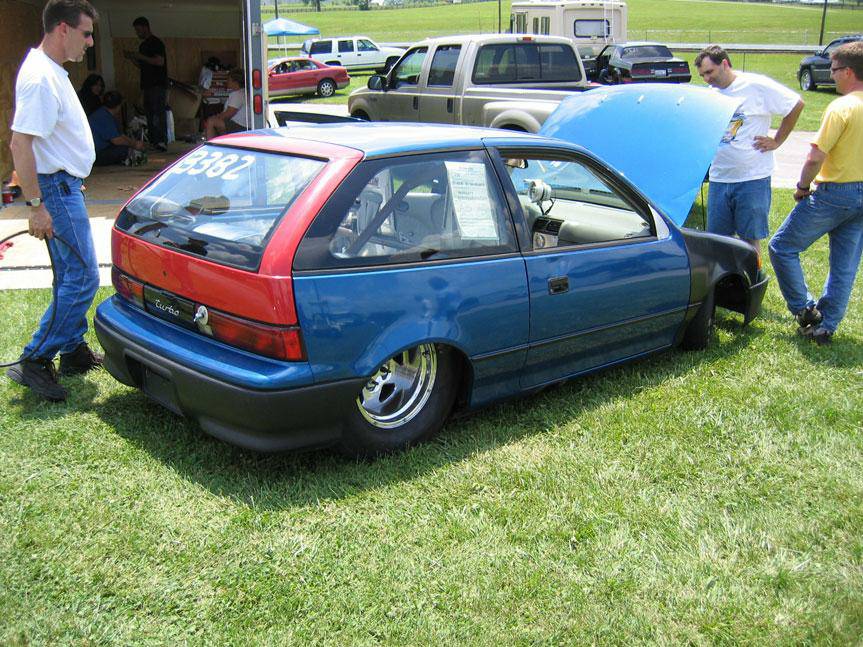 When I first saw this listing, I assumed it must be a scammer, because the photo doesn’t really match the description.  The caged thing looks like it has been converted to rear-wheel-drive (big tubbed rear end), but the seller only mentions a Garrett turbo, dry fog nitrous injection, and claims an 11 second 1/4 mile…which you could in theory reach with a drag slicks on a front-drive metro.  Bottom line, you’ll either die on the ride home in your $1500 Metro, or you’ll be slowly tortured and eaten by some cannibal who is really good at making tempting craigslist adverts to get his victims.