In the late 1970s, it didn’t look good for the future of Chrysler, but two guys (Lee Iacocca and Hal Sperlich) pushed something they initially called “Magic-wagons” to the consumer.  The concept was simple, make a van out of an economy compact platform (GM did this with the Corvans a few decades earlier, Ford with the Falcon Club Wagon) but avoid the pitfalls of making them too complex or too truck-like.  Soccer moms around the word rejoiced as the minivan was born.  Find this 1987 Dodge Caravan offered for $2,600 in Columbus, OH via craigslist.  Tip from Justin. 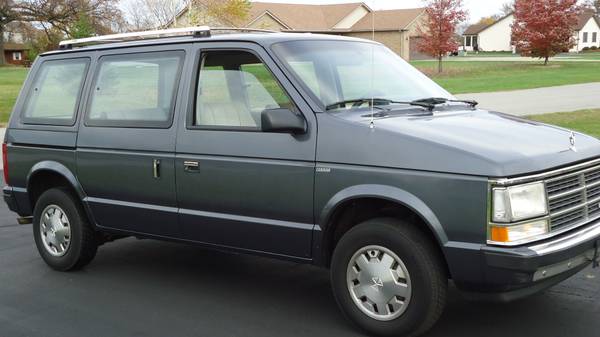 The first generation Dodge Caravan (1984-1990) was built on something called Chrysler’s S platform, but it was closely related to the K-platform and used the same quality construction and luxury accoutrements.  For whatever reason the Caravan sold like gangbusters and according to various internet sources over 13 million of these family wagons have been released into the wild since the factory opened. 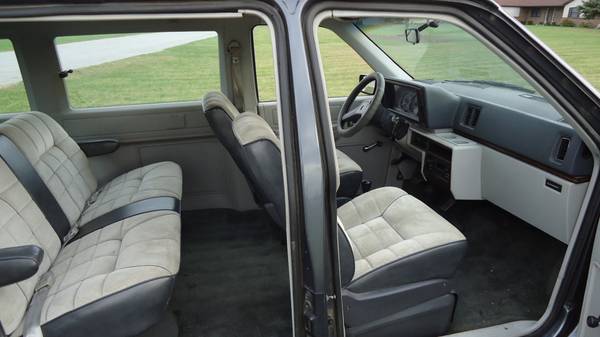 The seller doesn’t disclose which engine powers this beast and it depends on if this is an early ’87 or late ’87, since the base engine went from a 2bbl fed 96 horsepower 2.2 liter 4-banger to a 2.5 liter fuel injected 100 hp 4-pot, and the optional upgrade engine went from a 2.6 liter Mitsubishi V6 making 104 horsepower to a 3.0 liter Mitsu V6 making 136 horsepower…BUT, with all that in mind, it really doesn’t matter because this Caravan has one of those funky shifter things protruding from the floor — yeah, a manual transmission Dodge Caravan.  Sweet. 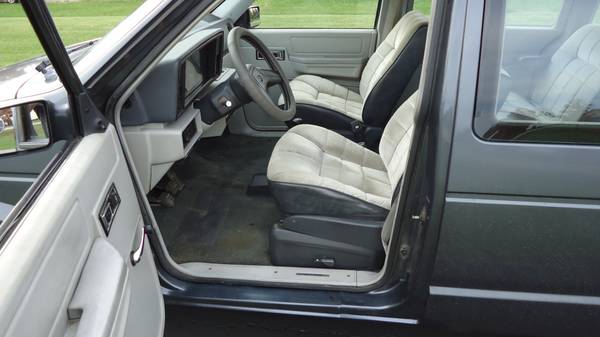