Last
week’s Exo-Contour post included a photo with a tantalizing secret. No,
not the alluring dentist’s wife (or perhaps she is the dentist), I’m
talking about the sliver of chrome and headlight barely visible to the
right of the 356.   The Left-Handed Spanner is a special feature column written by DT contributor Kaibeezy. 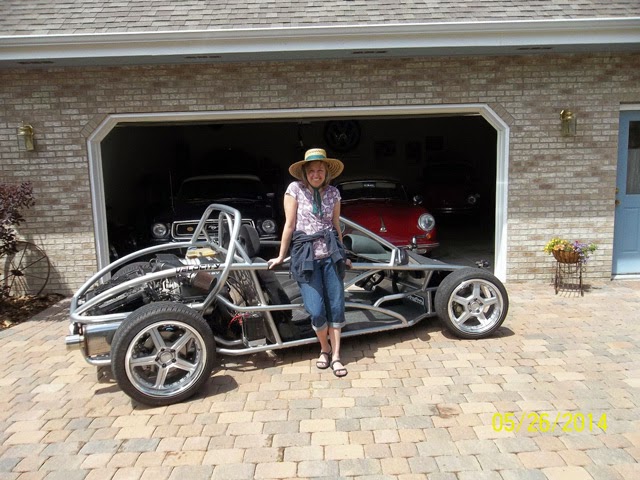 What
have we there, we asked. I applied a bit of shoopery to the question
and revealed not only a late 60’s Beetle convertible, but also the
completely invisible VW logo sign on the wall above. 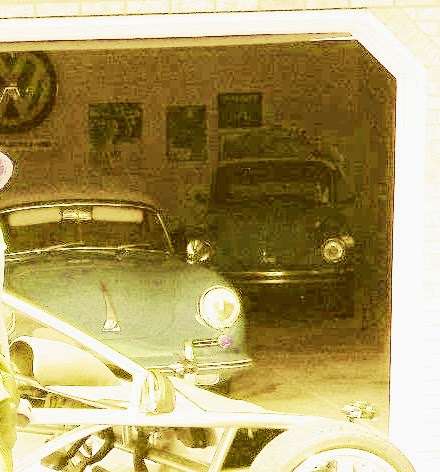 EiC
Vince asked me to explain how this was accomplished. I’m no pro, and a
pro could do it much better, but enough is as good as a feast, right? I
didn’t keep my incremental steps from the first time, so I’ve done it
over.

First step, crop down to the area in
question so you can zoom and see what you’re doing. Next, and this is
really what makes the most difference, bump the brightness up up up.
Cameras capture more data than you can see, and there’s usually way more
to work with than you would expect. Already, we pretty much have our
answer about what car it is back there, and the color too. I see red, do
you? 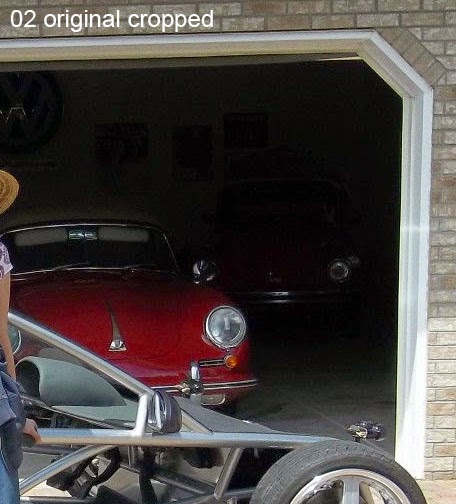 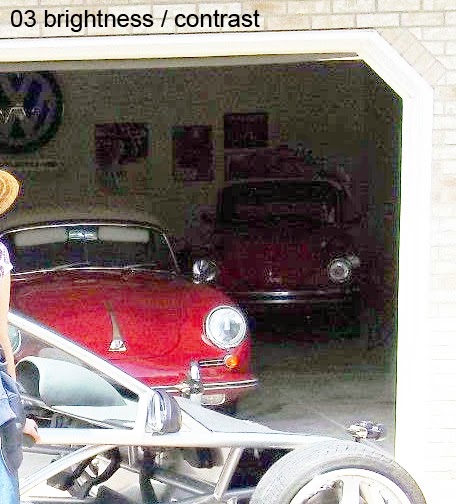 I
know I can tease out more detail. Changing the hue is an old trick that
works with the way the cone cells in your retina are more sensitive at
different wavelengths. I moved the slider up and down the spectrum to
see the shifts in detail and contrast it brings out. The sweet spot felt
like 180 degrees on the other side of the spectrum to green/blue 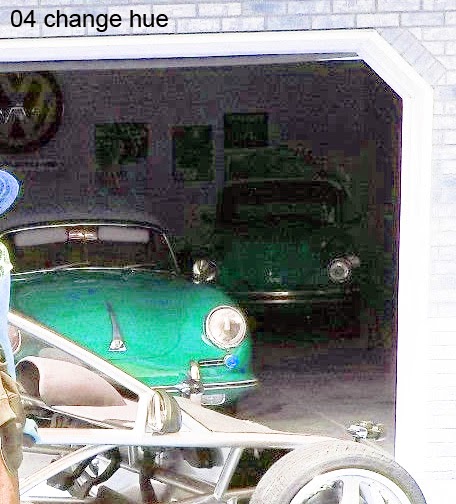 I
hit the brightness again hard. You can see this time I have way more
“artifacts”, which are those little rectangular blips and stuff. I’m
pretty sure the first time I must have applied some noise or blur to
smooth things before an earlier brightness step. That’s not to say one
is better result than the other, but they are definitely different. It’s
as much art as science. 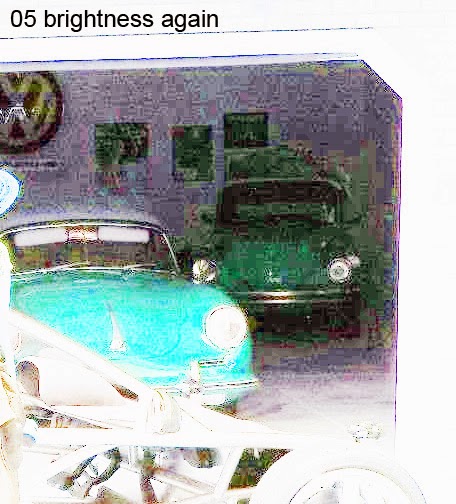 Finally,
I ran it through a warm orange filter, almost to red, which is a known
wavelength where contrast is enhanced. Same reason you wear amber
goggles when skiing and snowboarding to see subtle contrast differences
better. 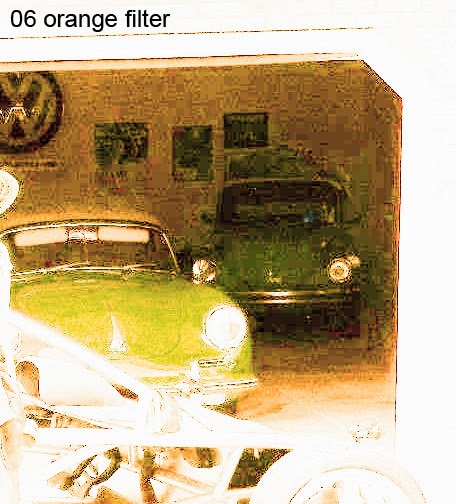 Hm, what’s that speck on the dashboard in front of the steering wheel? Zoom… enhance… 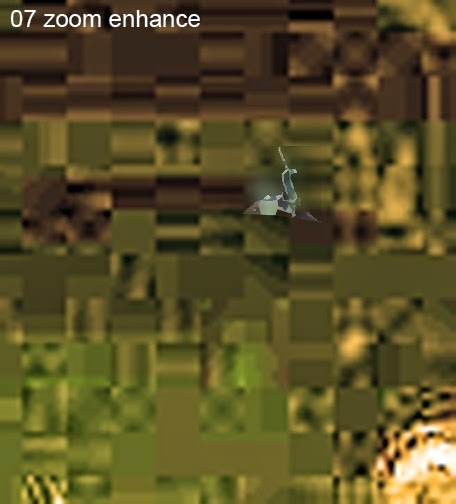