Oldsmobile first used the 442 designation on the F-85 Cutlass A-Body to describe its combination of 4-barrel carburetor, 4-speed manual transmission, and 2 exhausts.  The 442 name was used on a number of A-body and later G-body cars, but in 1990 it was applied to the N-body Cutlass Calais.  Except the Cutlass had no barrels or carbs, a 5-speed gearbox and a single exhaust.  So why did the name Quad442 appear on the rockers? 4 cylinders, 4 valves per cylinder, and 2 camshafts.  Find this 1991 Oldsmobile Cutlass Calais Quad 442 offered for $3,800 near Las Vegas, NV. 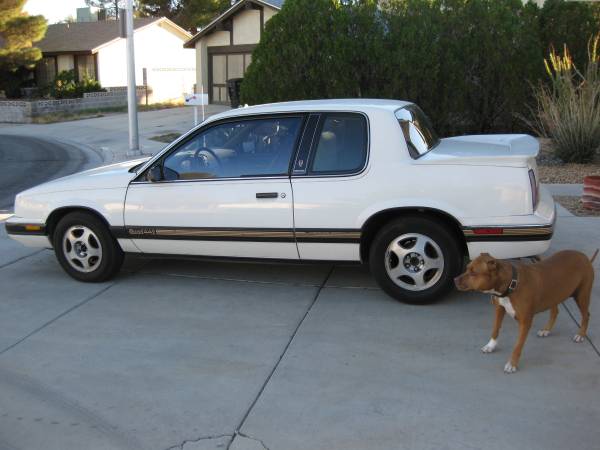 The Oldsmobile Cutlass Calais was produced from 1984 to 1991 and when it was replaced in 1992 with the Oldsmobile Achieva no one said anything.  No complaints, no ill tempered diatribes from automotive journalists, just the silence of complete apathy from the folks who ever accidentally wandered into an Oldsmobile dealer and found themselves driving home in an N-Body Cutlass Calais.  However, the Quad442 version was actually quite remarkable and is a shining yellow hypergiant in an otherwise unremarkable sky filled with GM’s white dwarfs. 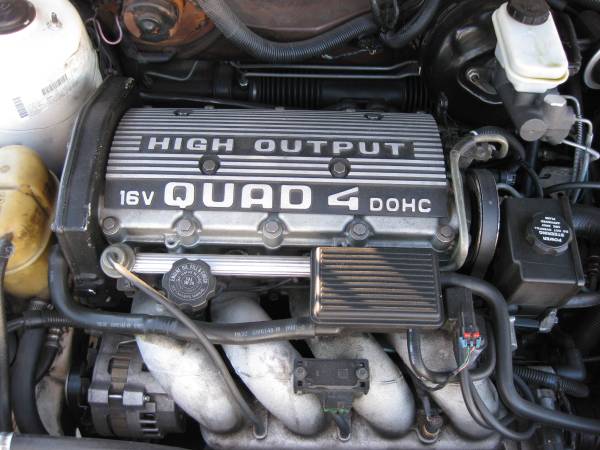 Under the hood is a 180 horsepower version of the 140 cubic inch Quad4 engine — which wasn’t bad at all for the time.  A DOHC inline-4 that pushed decent power via a set of chain driven cams with an iron block and aluminum head sounds like something from Japan, but it was engineered and produced by GM’s Oldsmobile division and sold in Olds, Buicks, Pontiacs and Chevys. 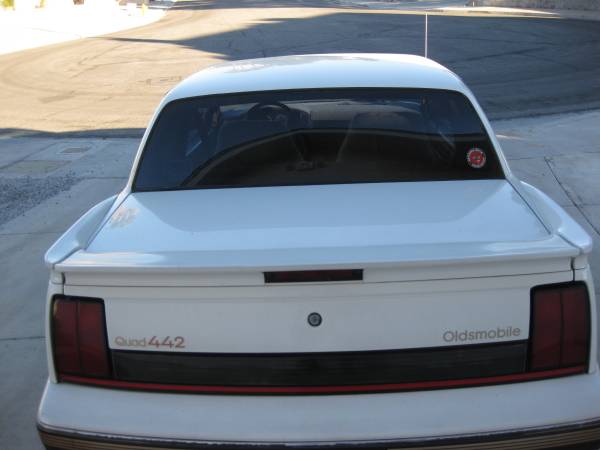 See a cheaper Oldsmobile with a factory-applied 442 logo on the back? tips@dailyturismo.com